How Mitch Meyers Went from Bud Light to (Legal) Bud 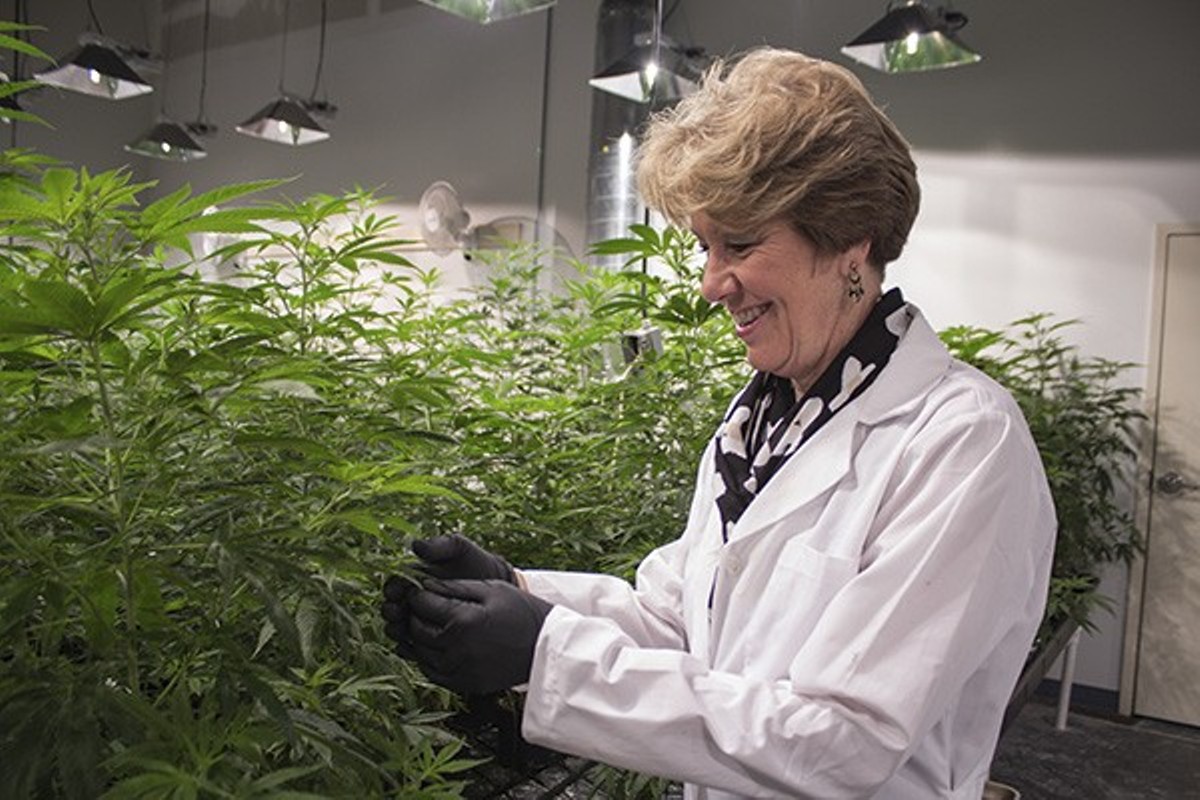 For many years, Mitch Meyers was a heavy-hitter in the intensely competitive world of marketing and product branding. If you were living in St. Louis three decades ago and didn't know Meyers, you at least knew her work.

After a stint at 7UP, she worked for Anheuser-Busch during its glory days in the 1980s. Meyers dreamed up the Spuds MacKenzie mascot to sell Bud Light. Later, as a partner at St. Louis-based Zipatoni, Meyers worked on major campaigns for Miller Brewing, Motorola, Energizer and Ralston. By the time Zipatoni was acquired by advertising titan Interpublic Group of Companies in 2003, the firm had more than $40 million in annual sales, offices in six states and 350 employees.

After the sale, Meyers left the rat race to become a full-time mom to her kids and enjoy the family's second home in Aspen, Colorado. But now Meyers is back in St. Louis to take on perhaps the biggest challenge of her career: Missouri's fledgling medical cannabis industry.

In the three years since Missouri greenlit a limited form of medical cannabis, only two firms have received licenses to grow and sell medical weed: Noah's Arc Foundation, of Chesterfield, and BeLeaf, of Earth City, where Meyers serves as CEO.

Under the state's current laws, both facilities may only use cannabis oils containing cannabidiol, or CBD, for patients with seizure conditions. That group represents only about two percent of the patients who experts believe could benefit from medical cannabis — fewer than 1,000 people in Missouri. BeLeaf began cultivation operations in January 2016, and treats 48 patients so far.

That patient base could vastly expand if state lawmakers followed the lead of other states, such as Illinois, where medical cannabis is allowed to treat a wide range of medical conditions, including Parkinson's disease, cancer and AIDS. But Missouri lawmakers have kept that door firmly shut.

During an interview at her Earth City facility, Meyers acknowledged the steep roadblock she faces in getting the cannabis skeptics in the Missouri general assembly to change their minds.

What compounds her frustration is the fact that public opinion polls consistently show that nearly two-thirds of Missourians support across-the-board legalization of medical marijuana — something that will almost certainly remain a fantasy until at least November 2018, when supporters hope to gain ballot access, and approval, for a statewide initiative.

An earlier campaign to put medical cannabis on the November 2016 ballot failed after backers did not gather enough valid signatures.

"The people who live in Missouri want access," Meyers says. "We get desperate people wanting access to this, who are buying on the black market and who are driving out of state to get it. And that's ridiculous." 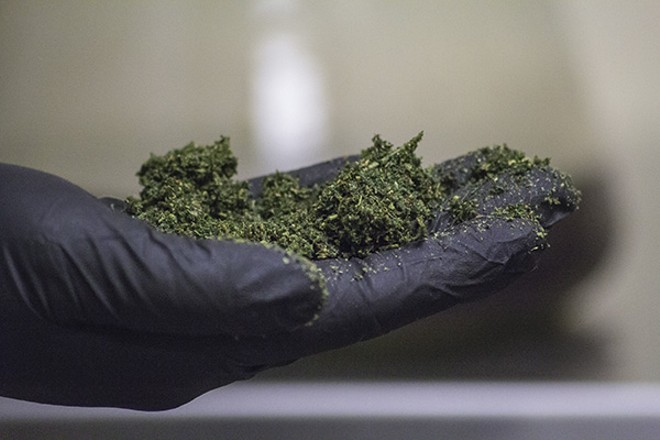 SARA BANNOURA
Cannabis plants at BeLeaf contain cannabidiol, or CBD, which contains only trace levels of THC. BeLeaf uses the plants to make CBD oil for patients suffering from seizures.

Yes, it's 2017, and 60 percent of Americans have access to some type of legal marijuana: medical cannabis in 29 states, and recreational weed in eight states and Washington, D.C.

Even so, the federal government still classifies marijuana as a Schedule 1 drug under the Controlled Substances Act, the most tightly restricted category, reserved for drugs that have "no currently accepted medical use," placing pot in the same category as cocaine and heroin.

What's more, after years of "Just Say No" propaganda about the dangers of cannabis via publicly funded school programs like DARE, Cheech-and-Chong stoner stereotypes persist about anything to do with legal hemp.

Meyers and John Curtis, BeLeaf's production director, shatter those stoner stereotypes instantly. They are serious and focused, as well as brutally realistic about the obstacles they face.

Both Meyers and Curtis wear business casual attire, and look and sound about as counter-culture as any pair of middle-aged business people you'd find lurking in in a typical St. Louis corporate office. The difference is the passion behind their words: They've found their calling in life, and they're certain that other people's lives depend on it.

Which is why the roadblocks they've faced in the General Assembly have proven so frustrating.