In the Rush to Build the Next Napa Valley, What Happens to Augusta? 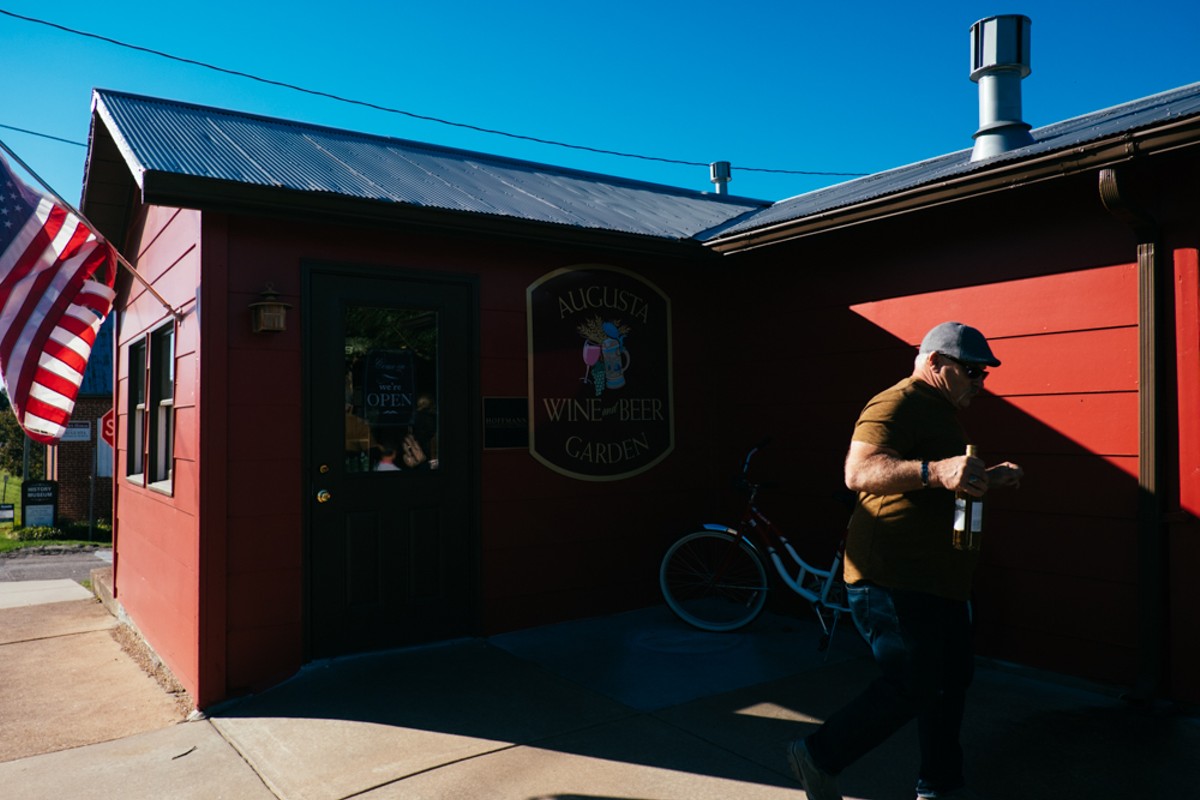 Augusta is a destination in Missouri wine country, but it's about to get a lot busier. PHUONG BUI

On a hot September Sunday in Missouri wine country, patrons lounge on a sun-drenched patio at Balducci's Vineyards in greater Augusta. Forests sweep up the surrounding hillsides, and though the tree leaves haven't yet started to turn, elsewhere you can just see the hints of the seismic change coming to this small town of a few hundred people alongside the Missouri River. It's in the new color scheme at the twenty-year-old winery — emphasis on orange — and in the eight-foot bronze bust of a Tocobaga Indian princess that now faces the vineyard. Most of all, it's in the name stamped on the monument's pedestal: Hoffmann Family of Companies.

In town, these plaques are affixed everywhere, the namesake of husband-wife duo David and Jerri Hoffmann, whose conglomerate has bought and revamped large chunks of three other towns and now promises to plow upwards of $125 million into the Augusta area. Hoffmann at the gas station. Hoffmann at the general store and at the bike shop. Hoffmann on the new fences lining the road into town. Hoffmann on the bronze cowgirl in Augusta proper that prompted one resident to grumble, "I'm sorry, this isn't the Wild West — we have never, ever, had cowboys." Hoffmann on the bronze Sioux Indians that another resident pointed out aren't the right Indians for the area, which was once Osage country. Some locals have started joking that Augusta, a rural town where some families have lived for generations, is morphing before their eyes into Hoffmannville.

What exactly that means is still in flux. It's been barely eleven months since the Hoffmann Family of Companies announced it had been buying up properties in and around Augusta, aiming to consolidate wineries over an area of 700 acres into a mega-venture that a press release vowed would be the largest winery and vineyards in the Midwest. In January the Napa-Valley-in-Missouri branding took root and wound through news stories detailing the company's plans to install a national tourist destination in the quiet hills, off a winding two-lane highway about an hour west of St. Louis. By summer, the company had purchased four local wineries, six vineyards and more than a dozen buildings, and was floating plans to build more attractions: a 60-room luxury hotel, a golf course, an amphitheater. Trolley-shaped Hoffmann-branded buses were ferrying people between wineries; Missouri River boat tours were scheduled to start in late fall. In news reports, the Hoffmanns, who met in high school in nearby Washington, Missouri, seemed psyched to be back near home and bringing the promise of jobs, tourism and revitalization to a struggling town that had been on an economic losing streak for decades. Several local business owners enthused to the St. Louis Post-Dispatch about how great the place looked. 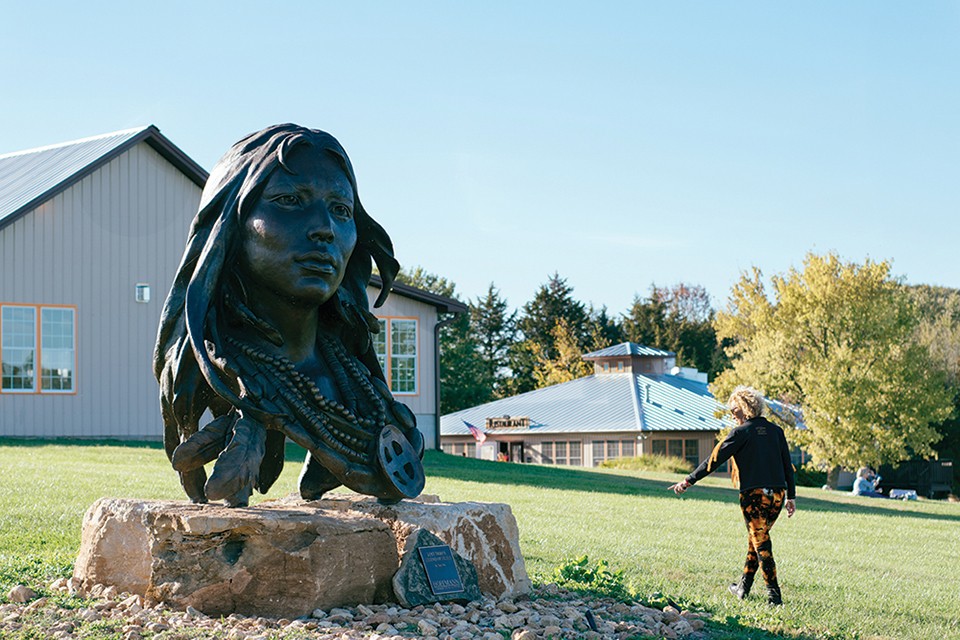 Yet for other residents, this was all a bit much. The "next Napa" notion in particular spooked people; that famed wine region of California, after all, had hundreds of wineries and welcomed millions of tourists per year. Sure, nearly everyone agreed the downtown could use some investment and new businesses, and the Missouri wineries that rivaled Napa's in their nineteenth-century heyday had been decimated by Prohibition and underrated ever since. But the Hoffmann plans seemed to keep getting bigger: The proposed golf course had grown from nine holes to twelve; the envisioned river paddleboats were out, at least temporarily, and a 96-foot luxury yacht called the Miss Augusta was in. At a Zoom meeting with residents early in 2021, David and Jerri Hoffmann had left the impression with some that they hoped to preserve the town's quaintness. Now Augusta townsfolk were learning of possible hot-air balloon tours and a zipline from a hilltop winery, none of which sounded very quaint to them.

"I'm not against the hotel. I'm not against any of the changes he's making in town," says JoAnn Struckhoff, who lives on an Augusta-area farm that's been in her husband's family for generations. "I just think it's gotten a bit out of control." She worries that the project is dividing a close-knit community. Some residents see big potential benefits, in rising property values, new patronage for business, new sales tax revenues so they can finally repave some roads. The Hoffmann Family of Companies is already the town's largest employer and vows to create hundreds more jobs. But others feel rapid change is being forced on them without enough consideration for the town's culture, its quiet, the safety and capacity of the thin, curvy highway they all rely on. High property values are great if you plan to move — otherwise they just mean higher taxes. Many people agreed that Augusta needed revitalization, but did it have to be this much, and move this fast?

At the heart of the disagreement is the proper line between progress and preservation, commerce and community, in a place where everybody knows everybody and change has always come slowly, if at all. Most of all, the drama is about who gets to control the fate of a small town facing an influx of big money.