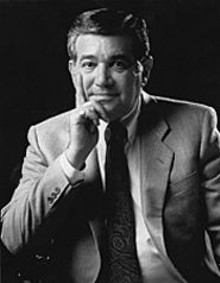 Corrections and clarifications on page A2 of the Post-Dispatch usually appear after minor miscues. On June 19, one item appeared a bit serious, but few reading it would have suspected the machinations that apparently went on behind the scenes before this "clarification" was printed.

It seems that the P-D's Jerry Berger -- yes, yes, it's him again -- had used a quote in his June 13 column from local high-rolling lawyer Paul Passanante. Turns out that, according to the clarification, the "Berger Bit" "should have cited the June 11 edition of Missouri Lawyers Weekly as the source of Passanante's quote." In other words, the Bergermeister had passed off the quote as something he -- or someone working on his behalf -- had heard when in fact it had been lifted from a Missouri Lawyers Weekly piece published two days before the Post column.

Some might call that plagiarism, but it wasn't in the same league as the Boston Globe's Mike Barnicle reprinting George Carlin-isms as if they were his own. For that and another plagiarism case, Barnicle was fired. The Passanante quote was fairly inane, but, still, it was lifted from another publication.

Ken Jones, editor of Missouri Lawyers Weekly, also was miffed that the day after the unattributed mention in Berger's column, the P-D ran a brief article on the same topic, the filing of a federal lawsuit by seven convicted rapists seeking DNA testing as part of the national Innocence Project. Neither the article in the Post's "Law & Order" section nor Berger's column mentioned that Jones' publication had run an article on that subject, written by Geri Dreiling, in its June 11 edition. The unsuspecting reader in both cases might think that Berger had been working a room somewhere and talked to Passanante and that diligent Post reporters plying their craft found out about the lawsuits and wrote them up. Wrong on both counts.

So Jones alerted the home office of Lawyers Weekly Inc. in Boston, which contacted the P-D for a correction, and the games began. After some back-and-forth with the Post-Dispatch editors about what had happened, things got strange. Jones says Passanante, while driving back from Jefferson City, called on his cell phone to tell him that if the demand for a correction wasn't dropped, Berger's column would be used to rain retribution on Passanante. In this case, retribution might mean a series of catty "sightems" and sour "Berger Bits."

Jones say the threats came not from Berger or Post management but from omnipresent public-relations whiz Richard Callow.

Jones says Passanante called "and said, 'I need to talk to you about the issue about the Berger column, because I got a call from Richard Callow telling me to back off from having the Post issue a clarification or an attribution to you guys. Callow said to me, 'If the Post winds up having to issue a clarification, then my name' -- this is Passanante talking -- 'my name is never going to appear in Berger's column again, unless in an unfavorable light.' "

Passanante prefers to take the Pontius Pilate approach to the whole deal now, but he does not refute Jones' comments. Apprised of Jones' version of what happened, Passanante issues a five-paragraph statement that includes this sentence: "Ken Jones and Geri Dreiling are not only excellent journalists, they are honest people of great integrity." No such description for Berger and Callow, who are only referred to as a "widely-read columnist" and a "brilliant public relations consultant," respectively.

That said, Passanante wants to extricate himself from the charge and countercharge. "When I found out that Missouri Lawyers Weekly intended to make a big deal out of Jerry Berger's failure to give them credit for the quote, I spoke to Ken Jones, Geri Dreiling, Richard Callow and Jerry Berger," Passanante wrote. "I begged all of them to just forget about this. Apparently Missouri Lawyers Weekly would not forget about it. These are all very talented people. Unfortunately, mistakes sometimes happen. In this instance, Jerry Berger made an innocent mistake. The Post-Dispatch acknowledged that. It's water under the bridge. No useful purpose would be served by further comment by me."

The more Jones thought about it, the more he realized that the "follow" story by the Post in the "Law & Order" section wasn't nearly as annoying as the mention in Berger's column and the threat by Callow.

"Initially it was the 'Law & Order' thing that made me call my VP for communications," says Jones. "But thinking about the ethics of it, if the Post checked out everything, it's a poaching, but it's nothing more than that. But the Berger thing was a blatant lifting without attribution. And if what Passanante told me actually happened -- and I've got no reason to think it didn't -- then it's just a blatant violation of journalistic ethics."

Callow admits meeting with Passanante before the quote in question surfaced in Berger's column, but he's hazy on the details. "I don't remember what Paul gave me," says Callow. "I do know Paul came to visit me and told me that and several other really good stories, which I passed out to people who I thought would like them." Callow lives in a world where information -- and "really good stories" -- is the coin of the realm.

Pressed for a response to Jones' allegation that he threatened Passanante if he didn't get Missouri Lawyers Weekly to back off, Callow declines to comment. "I don't want to get involved, although I'd like to," he says. "I like Paul. I like Jerry. That's what I'll say for the record."

As for Berger's take on all this, he's on vacation and did not return phone calls.

Post-Dispatch editor Ellen Soeteber says she hasn't heard about any threats made against Passanante, though she says she was aware of the request for a clarification. She calls the lack of attribution in Berger's column a "bad mistake," but she's not buying the widespread theory among local cognoscenti that Callow ghostwrites much of Berger's column or that he could threaten anyone by using Berger's column as leverage.

"I think very highly of Jerry Berger," says Soeteber. "I've met Mr. Callow once, at a function. A lot of people give Jerry items, and I'm sure he's one, but there are a lot of other folks out there. He's far from the only one that gives Jerry information for the column. Jerry's very well wired."

Whatever else can be said about Berger's column, it can't be said that it lacks personality or verve. Often the term "fun read" has little to do with everyday journalism, and nowhere is that clearer than at the Post-Dispatch. Perhaps that's why Berger is so well read, because much of what surrounds him is so vapid.

Lately Berger has been repeatedly assailed for his dependence on Callow for many of his insider tidbits, especially now that Mayor Francis Slay has named Barbara Geisman deputy mayor for development. Geisman is Callow's POSSLQ in a Washington Avenue loft.

During the mayoral campaign in February, former Mayor Clarence Harmon blamed Callow for a string of anti-Harmon items in Berger's column, many of them only loosely based on actual happenings [Wilson, "Harmon Agonistes" RFT, Feb. 21]. That tale triggered numerous calls to Short Cuts claiming that Berger's thrice-weekly gossip column is used by Callow to target foes.

Speculation has swirled recently around former Mayor Vince Schoemehl, who was mentioned nine times in Berger's column from April 1-June 17, usually in a negative light. Word is that Schoemehl, a former 28th Ward alderman, has run afoul of Callow because Schoemehl didn't think Ald. Lyda Krewson (D-28th) should have testified against U.S. Rep. Lacy Clay (D-1st) in redistricting hearings. Callow is a Krewson backer, and it's widely believed that he wants her to run for aldermanic president next year. If she does, a possible opponent is Ald. Mike McMillan (D-19th), who represents the area containing Grand Center, for which Schoemehl is the new development czar. And so the court intrigue escalates.

In the past few months, heightened awareness of the Berger-Callow connection has produced a new catchphrase that describes Berger's column as an "ethics-free zone," meaning that the P-D gives Berger a pass around normal journalistic standards. "I strongly dispute that there is any such policy," says Soeteber. "That's not the case whatsoever. The same criteria for accuracy and fairness apply to Jerry's column."

Callow says he has heard Berger use the phrase "ethics-free zone" but also says, "I have no idea what it means, but I've heard Jerry say it before."

It is amazing -- or depressing -- that in a town this size, two men can wield such power and turn otherwise substantial personalities into scaredy-cats just with the threat of a mention here or an innuendo there. As one former target of their artwork says, "Richard Callow and his puppet Jerry Berger can be dangerous and harmful." Why people like this don't want to go on the record is simple. "It sounds cowardly, but I don't want to fuck with these guys anymore," a former victim says. "I can't win. They're sitting on a newspaper and barrels of ink."