Hartmann: Josh Hawley and the Art of the Lie 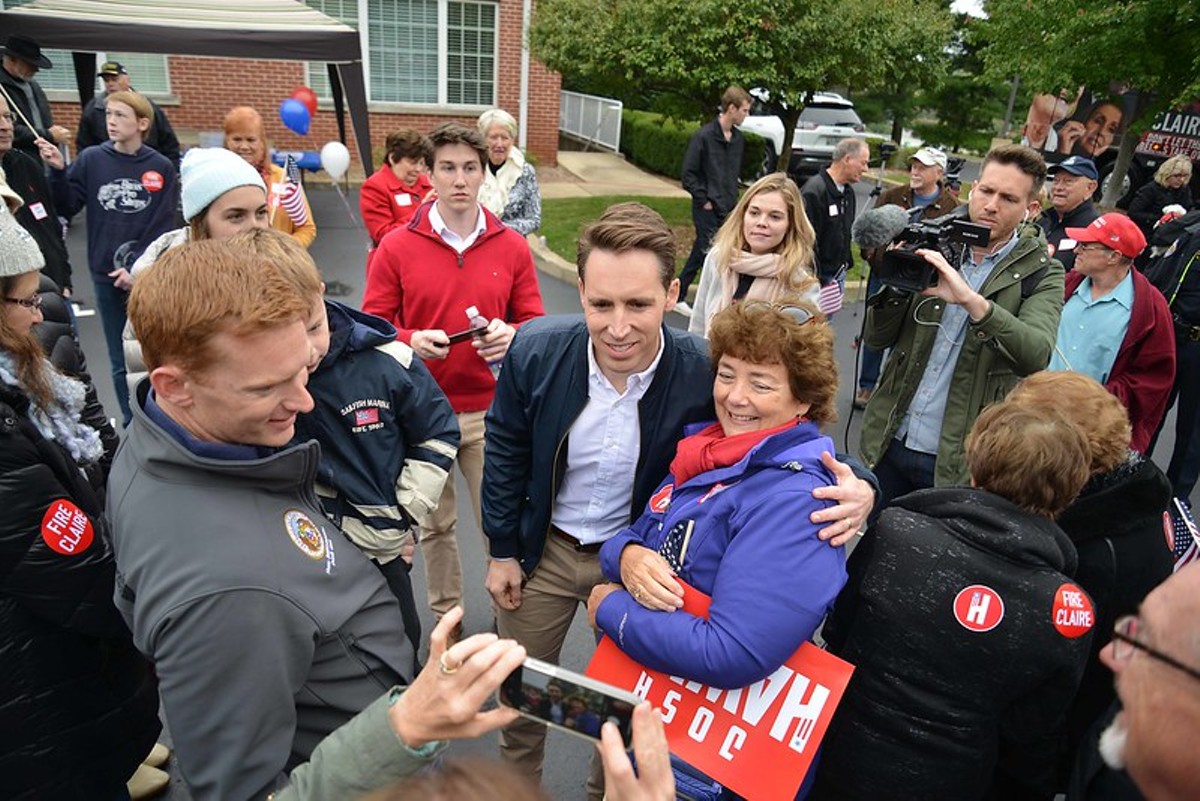 U.S. Senator Josh Hawley is always ready to be whoever he needs to be.

Senator Josh Hawley is about to make it official that he's a liar. Or that Judge Amy Coney Barrett is a liar. Or perhaps both.

This isn't breaking news: Hawley is a known commodity. But the story is entertaining, because Hawley will prove himself a liar this week by having previously been willing to speak a disturbing truth. And by placing brazen partisanship above principle.

Hawley will vote to confirm Barrett as part of the Republican Party's historic embrace of court packing for the U.S. Supreme Court. The GOP has abandoned all precedent and decorum in declaring Barrett's instant confirmation a national emergency, far more pressing than a pandemic.

Hawley has long stated with great specificity — before any camera or on any microphone to which he could stampede — that he would support only Supreme Court nominees willing to declare publicly that Roe v. Wade was wrongly decided. Full stop.

Barrett fails the Hawley test. She has assumed the customary position that she would never, ever allow her judicial independence to become compromised by something as unrelated as her lifelong commitment to ending women's reproductive freedom.

Why, the very implication that she'd do such a thing is a bigoted attack on her Catholic faith, according to Hawley, of all people. But that's another part of the story, for later.

There shall be no suspense about this. Moscow Mitch McConnell shattered all ugly stereotypes about turtles moving slowly by proclaiming last week, "We'll go to the floor on Friday the 23rd and stay on it until we finished. We have the votes."

One of those votes belongs to Hawley. Missouri's junior senator will proudly cast it in the name of a time-honored belief — "the end justifies the means" — that President Donald J. Trump is believed to have brought home from Moscow (along with God knows what else) after taking his Miss Universe Pageant there in 2013 to launch his presidential bid.

In Hawley's defense, his abandonment of any appearance of conscience is not some election-eve stunt. He laid out the position he is reversing in no uncertain terms last July, long before Republicans began popping Champagne corks within 30 seconds of the news that Justice Ruth Bader Ginsburg had died.

Here's what Hawley told the national media back then, as reported by the Washington Post:

Hawley added, "I don't want private assurances from candidates. I don't want to hear about their personal views, one way or another. I'm not looking for forecasts about how they may vote in the future or predications. I don't want any of that. I want to see on the record, as part of their record, that they have acknowledged in some forum that Roe v. Wade, as a legal matter, is wrongly decided."

Hawley added to NBC News last month: "I'm going to start by asking the question that I articulated before the Senate, which is, does this nominee — has this nominee recognized that Roe v. Wade was wrongly decided in 1973? ... If they can't beat the test, it doesn't get further than that — I'm gonna vote no."

Of course, that was then, and this is now.

The Post added that Hawley has now said Barrett does indeed satisfy his test. "There's plenty of evidence, I think, to demonstrate that she understands that Roe is — in my words — an act of judicial imperialism," Hawley told the paper earlier this month. "And I feel very comfortable with her on that issue."

Well, of course he's comfortable with Barrett, because she's lying about not being predisposed to overturn Roe. And she would seem to be lying about not having been dispatched by Trump on a political errand to dispose of the Affordable Care Act as well.

Just consider the majesty of the hypocrisy herein. For decades, conservatives have demanded that judges follow the law, not make the law, and that they call balls and strikes without a whiff of judicial activism.

But Hawley demanded a public commitment for a judicial vote on a matter of settled law? And he calls himself a constitutional scholar? Perhaps he should be more specific about which country's constitution.

Give Hawley credit for one thing: He is a political genius. Once again, he has almost hogged the political stage when the lights are brightest.

Barrett will be up for the Oscar for Best Actress for falsely portraying an idealistic young judge with fealty only to the law and not anything of her extremist political side hustles. But our man Hawley deserves mention as Best Supporting Bad Actor: You can't name a senator who has gotten more attention for himself.

Hawley clearly sits among the front-runners for the Republican nomination for president in 2024, although it's too early to read where this man of such ethical flexibility will be positioning himself on the ideological spectrum. He'll likely land somewhere between "far right" and "hey, these QAnon folks have a point."

Don't underestimate Hawley's ability to be whoever he needs to be. Keep in mind, this son of a banker, educated in private schools and a graduate of Stanford University and Yale Law School, has successfully marketed himself as a down-to-earth lad from flyover country courageously planting the flag against coastal elites.

Hawley's just "a native of small-town Lexington, Missouri in rural Lafayette County" — as described on his senatorial campaign website — when that serves his interest. Other times, he's a really brilliant liar.

The Barrett hearings were the perfect setting for that. By way of background, Barrett was confirmed as a federal appellate judge in 2017, and at her confirmation hearings, there was controversy over some Democratic senators wondering aloud about how much her Catholic faith might inform her judgment.

This wasn't exactly off topic: She had coauthored a law review article called "Catholic Judges in Catholic Cases." One of the terrible "Democrats" raising questions was Republican Ted Cruz.

That aside, Democrats knew better than to bring up the subject again in Barrett's Supreme Court hearings. With five Catholics on the eight-member court, it's not really a thing. That didn't deter Hawley.

"This pattern and practice of religious bigotry on the committee must stop, and it must stop now!" the senator bellowed. His passion jumped through televisions across America.

In another time, the fact that the "religious bigotry" never started might have qualified this as an epic instance of a guy having the chair pulled out while trying to sit down.

But not in this age, and not for this senator: Hawley's "punishment" was a victory lap on Fox News, starring in Tucker Carlson's never-ending grievance tour.

The further Josh Hawley gets from the truth, the closer he gets to the top.

Jump to comments
« Hartmann: A Woman's Right to Choose an Extortion   |   Hartmann: The Man Who Would Force Victims to Bear a Rapist's Baby »