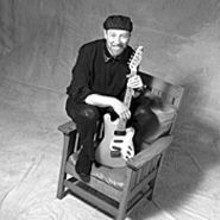 Richard Thompson and his band, with opening act Lynn Miles

You can never find your way offstage because you never know where you are," Richard Thompson says, remembering a gig from the late '80s when he performed here on a revolving stage at the old Westport Playhouse. As with everything the English iconoclast lays down, the meaning cuts many ways. Thompson knows about the strangeness of life on and off a spinning stage, the mad enterprise of creating something called "folk rock," the absurdity of being a consummate craftsman in a numbers-crunching marketplace. At that same gig, a fan kept calling out for "Genesis Hall," an early masterpiece. "When was the last time you bought a record?" Thompson shot back. A laughing audience has never sounded more on edge.

"I don't think the relationship with the audience changes much," Thompson explains. "The audience has more access to you now, because of the Internet more than anything else. It's like a mouth you have to feed. There's really two sets of fans: [There are] those who might buy an album or come see you once a year. Then there are the hardcore fans, 1,000 or 2,000, who hit your Web site every day. They're hungry for information, and you have to satisfy that somehow.

"But I think it's a close relationship. You tend to sing the songs the audience has the capacity for. You may sing a song in concert and it doesn't go down very well. Maybe the song is too personal or doesn't communicate. The audience lets you know what comes across, what works. At the same time, you have to stretch the audience, play music that isn't comfortable. You have to challenge them. You don't want to be Neil Diamond, singing something acceptable all the time, sucking up."

According to record-business wonks, Thompson is a cult or niche artist: no matter that he's the most distinctive and accomplished rock guitarist playing today; no matter that his songwriting catalog can stand with the likes of Elvis Costello's or Bob Dylan's. He has never sold records in significant numbers; to the P2P generation, his seminal band Fairport Convention is a name dropped while chatting about R.E.M. or a jam band that pretends to know something about folk music. In the end, Thompson has never seen fit to fit in.

In 2000, Thompson made his last record for Capitol, perhaps his last for a major label. His contract called for six albums, and he delivered. The numbers, however, never added up. "The change was overdue," he says. "The climate in the industry has changed so much; it's become a much more corporate world. I don't really have a place in it. The business world looked at the entertainment world and decided they could make money. They bought up film companies and record companies. It hasn't really helped music in terms of creativity. There's no sense of developing artists. It's become numbers, totally. It used to be about creativity and numbers; now it's about numbers and numbers. I'm glad to be at place now where there's a musical partnership and realistic expectations."

The Old Kit Bag, Thompson's 31st album (if you count his work with Fairport and former wife Linda Thompson), recently surfaced in the U.K. on Cooking Vinyl. The indomitable (and solvent) indie label spinART has just released the disc in the States. "spinART is a good size for us," Thompson explains. "It's not a one-man operation, but it's not an empire."

The album's title refers to a World War I infantry song: "Pack up your troubles in an old kit bag/And smile, smile, smile." So goes the tale told in mad and brutal times, a joke for the dying, a joke for the not yet dead. Divided into two parts -- "The Haunted Keepsake" and "The Pilgrim's Fancy" -- the album explores the beautiful, absurd agony of obsession and loss, fame and failure, struggle and mortality. "When I get to heaven," Thompson sings, "I won't realize I'm there." In his fractured but flowing guitar lines, in the sweet bite of his voice, in the almost hermetic wisdom of his lyrics, Thompson looks death in the eye -- and then steals death's song.

The album has been described as lean and spare -- and technically it is. Joined only by longtime bassist Danny Thompson, drummer Michael Jerome and backing singer Judith Owen, Thompson handles accordion, harmonium, dulcimer, mandolin, and guitars. The sound seems stripped-down only in a musical culture that equates big -- just how many more drum mics can be set, how many more layers can be ProTooled in -- with brilliance. "Our philosophy of production was to do something where the songs come through," Thompson explains, "so that you aren't thinking of production when you hear it. I've known [producer] John Chelew for 25 years and worked with him on a few other projects. He was very enthusiastic; that was his main qualification. He was really, really keen to do it. I can read his intentions and he can read mine, so recording was relatively painless. That's the mark of a good producer."

The songs found in The Old Kit Bag range from jazzy reveries to garagey satires, to -- damn the label -- folk rock's "razor-wire geometry." On "Tag Along" Thompson skewers the weekend rocker, someone who "can never commit to a dangerous lifestyle but likes to flirt with it, a useless individual, really." On opening track "Gethsemane," he explores what it means to grow up in England, or anywhere, for that matter. "The person in the song has a wonderfully free childhood," Thompson says, "but as he grows older, the world closes down. He never gets that same sense of freedom. He starts to fail, and life is disappointing."

On the album's most devastating cut, "Outside of the Inside," Thompson, who converted to Islam in the '70s, takes aim at fundamentalism -- be it of the Muslim, the Christian or, perhaps, the bean-counting-capitalist variety: "I'm familiar with the cover/I don't need to read the book/I police the world of action/Inside's where I never look."

"It could be a view from Alabama as well," Thompson says. "I wrote it a month or so after 9/11, at a time when the media was focusing on the Middle East, terrorism and anti-Westernism. I picked icons of culture that were more my favorites than anybody else's. The fundamentalist viewpoint would be very aware of these things. They'll have a love/hate relationship with those icons. American culture is loved around the world; jazz and rock & roll are tremendous ambassadors for American culture. In the end, it's the politics that people outside the U.S. -- and inside, for that matter -- dislike. Charlie Parker, Einstein, Shakespeare -- to a fundamentalist, that would all be worthless -- the last 500 years of Western culture and science would be worthless. But I'm a bit of a fan, myself."