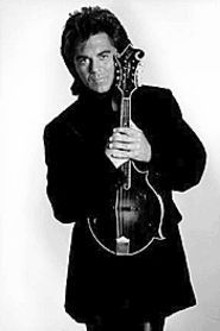 What to make of Marty Stuart? With his Marty Party TV variety shows, his obsequious duets with Travis Tritt, his spiked and moussed mullet, his $1,000 dental work and his purple-and-pink Nudie suits, Stuart seems, on the surface, like a hot new country-rocker on a semipermanent Vegas stand. But once you get past the glitterbilly flash and play his records, you hear one of the strongest, sharpest traditionalists on the country scene. Born in Philadelphia, Miss., and raised on Flatt and Scruggs, Bill Monroe and gospel music, Stuart first played mandolin with the Sullivans, one of the premier bluegrass gospel groups of the '70s, and got an early taste of the festival and Pentecostal circuit in the South. He was good: a guitar and mandolin prodigy with a clean, unwavering tenor. Though still a kid, he soon found himself backing up his idols: Lester Flatt, Vassar Clements, Doc Watson, Willie Nelson, Emmylou Harris and even Neil Young and Billy Joel. In the '90s, he made a push for the country main stream, following the same path as new traditionalists such as George Strait, Ricky Skaggs and John Anderson but also bringing a dose of rockabilly and hillbilly swagger to country radio with Top 10 hits such as "This One's Gonna Hurt You," "Hillbilly Rock" and "Tempted." While Garth and Shania were pushing the pop and arena-rock envelopes, Stuart never diluted his twangy hard-country sound.

Over the years, Stuart has become a major collector of country-music memorabilia, and his acquisitions -- including Ernest Tubb's tour bus, Hank Snow's Nudie suit and Roy Orbison's guitar -- take up whole rooms at the Country Music Hall of Fame. He's also a serious photographer and a dedicated activist for the Lakota people. His music, moreover, has remained vital. The Pilgrim, Stuart's most recent work, was a commercial debacle but an artistic milestone -- a country concept album that works from start to finish. Stuart adopts the persona of the outlaw pilgrim, much as Nelson, Kristofferson and Cash have done, and navigates the bittersweet and brutal currents of working-class Southern life without getting swept away by pretension.