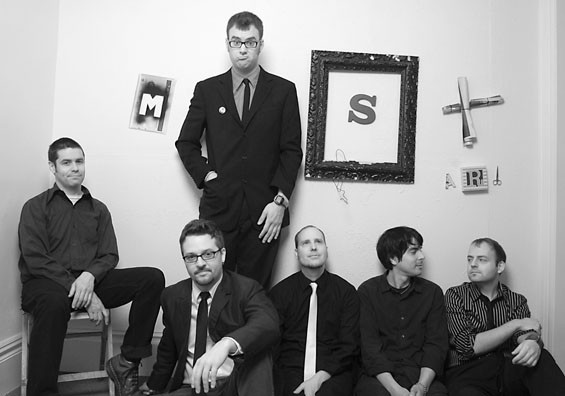 Ah, ska: the genre that won't quit. From the original Jamaican ska born in the late '50s to the "2 Tone" of the '70s and, yes, even the oft-ridiculed "third wave" ska-punk of the '90s, the infectious upstrokes and "pick it ups" central to the ska sound always seem to come back around — sometimes to the chagrin of purists. Yes, Reel Big Fish got really annoying really fast, but it was far from the standout of the genre. Bands like Skankin' Pickle, the Blue Meanies, the Pietasters and even St. Louis' own MU330 proved that third-wave ska can be played in such a way that it doesn't make one want to shove a fork in one's own ear. Mustard Plug is another of these bands — formed in 1991, it has been expertly balancing the punk and ska elements that have defined the genre for more than twenty years.

Just Accept It: History indicates that we are nearly due for a fourth wave. Musical cycles tend to move in twenty year increments, which, historically speaking, indicates to us a predicted mainstream comeback of 2015. Stock up on black and white checkered suspenders now.