Upstream Theater's Soul of a Clone 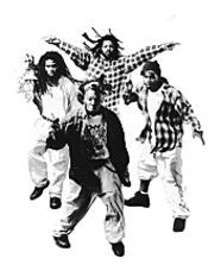 Franz Kafka may very well be "the supreme fabulist of modern man's cosmic predicament," as John Updike once noted, but you rarely see his work translated to theater, which is where modern man's predicament is most often addressed. Kafka's work seems to defy the conventions of theater entirely; his characters operate too internally, and the external forces at play in Kafka's world are so large or fantastic that they can become unwieldy when staged.

But Kafka's work still cries out to directors and playwrights seeking to connect with that singular voice of truth and humanity and terror in the face of the unknowable. And so Kafka's "A Report to an Academy" serves as the point of origin for Upstream Theater's first-ever production, Soul of a Clone, which sidesteps the traditional problems of staging Kafka (or, more accurately, works inspired by Kafka) by experimenting with both the structure and location of the performance.

Philip Boehm, the author/director of Clone, explains that the show is "less a play and more a theatrical evening consisting of two 'presentations' and a cello solo tied together." In Kafka's story the man Red Peter addresses an academic society about his early life, which was spent as a chimpanzee. In the course of Red Peter's speech, he explains that he became a man out of necessity. "One learns when one has to; one learns when one needs a way out; one learns at all costs," Red Peter says. Boehm's elaborates on this idea of willful self-transformation by presenting Red Peter's grandson, "who, it turns out, is a cloned human being. So genetic engineering is something he addresses," Boehm notes.

The grandson, played by Peter Tamarkin, enacts his story at 8 p.m. at the Danforth Plant Science Center (975 North Warson Road, Creve Coeur; 314-863-0570; $5 to $10). When asked about the significance of choosing a location so close to the world headquarters of Monsanto (a company that researches and develops genetic engineering in plants) for his discussion of evolution and genetic engineering, Boehm replies, "The Danforth Center itself has a number of projects underway involving practical application of gene modification in plants to alleviate problems in various spots around the world. The people there have been more than supportive of our project." Boehm expects to draw an audience "well informed both about the science and the related social and moral questions." An ideal theater audience for Kafka. -- Paul Friswold

Think you've got flava? Cracker, please! You wouldn't know a hip-hop dance move if it backed up on ya. Luckily, the Center of Creative Arts (524 Trinity Avenue, University City; 314-725-6555 or www.cocastl.org) offers you the chance to earn a little street cred this weekend. The Rennie Harris Puremovement dance troupe pops and locks in Asphalt Jungle at 7 p.m. on Friday, January 21, and at 1:30 and 3:30 p.m. on Saturday and Sunday (January 22 and 23; tickets are $20), and then COCA instructor Nicholas Gates leads a hip-hop workshop/dance class (registration is $15) at 4:30 p.m. on Saturday. After studying the moves on stage and practicing in the studio, you'll be like that Kool & the Gang song: so fresh, so clean. -- Mia York

What the Hell Is This, Russia?

Irony of all ironies that at the designated time Larry the Cable Guy was to call for a phone interview, a real-life Charter cable dude was knocking out all phone service in a four-block radius. Not that Mr. Blue Collar Comedy needs the publicity anyway; as of press time his Fox Theatre trifecta (5 and 8 p.m. Saturday, January 22; 7:30 p.m. Monday, January 24) was nearly sold out. Try your luck at the box office (527 North Grand Boulevard) or with MetroTix (314-534-1111 or www.metrotix.com) for remaining tickets ($37.75 to $41.75). In the meantime, hopefully this wiremonkey outside the window will hurry up and "Git-R-Done!" -- Julie Seabaugh

In Byrony Lavery's play Frozen, three lives slowly orbit the death of Rhona, a young girl. Nancy, the girl's mother, remains static in her grief; Ralph, the confessed killer of the girl, is trapped in his own hell of what he's done; and Agnetha, the investigator questioning Ralph, struggles with the realization that perhaps Ralph is as much a victim in life as Rhona was. The St. Louis Repertory Theatre presents this stark drama (nominated for four Tony awards) in the Emerson Studio of the Loretto-Hilton Center (130 Edgar Road, Webster Groves; 314-968-4925) as part of the Rep's Studio Theatre Season from Wednesday, January 19, through February 6 (check www.repstl.org for show times). Tickets are $29 to $44. -- Paul Friswold

Jump to comments
« Banana Appeal   |   Are You Experienced? »