Always trying to bring artful disruption to someone's day, STL Improv Anywhere held its fifth-annual No-Pants MetroLink Ride on January 10, 2015. Daring participants convened throughout Metro's light-rail system, surprising riders with their attention to detail in porting textbooks, newspapers, tablets, winter coats... everything except for pants. The event, which is based on a similar excursion in New York City, drew dozens of near-naked people, who celebrated later at Pi Pizzeria downtown. 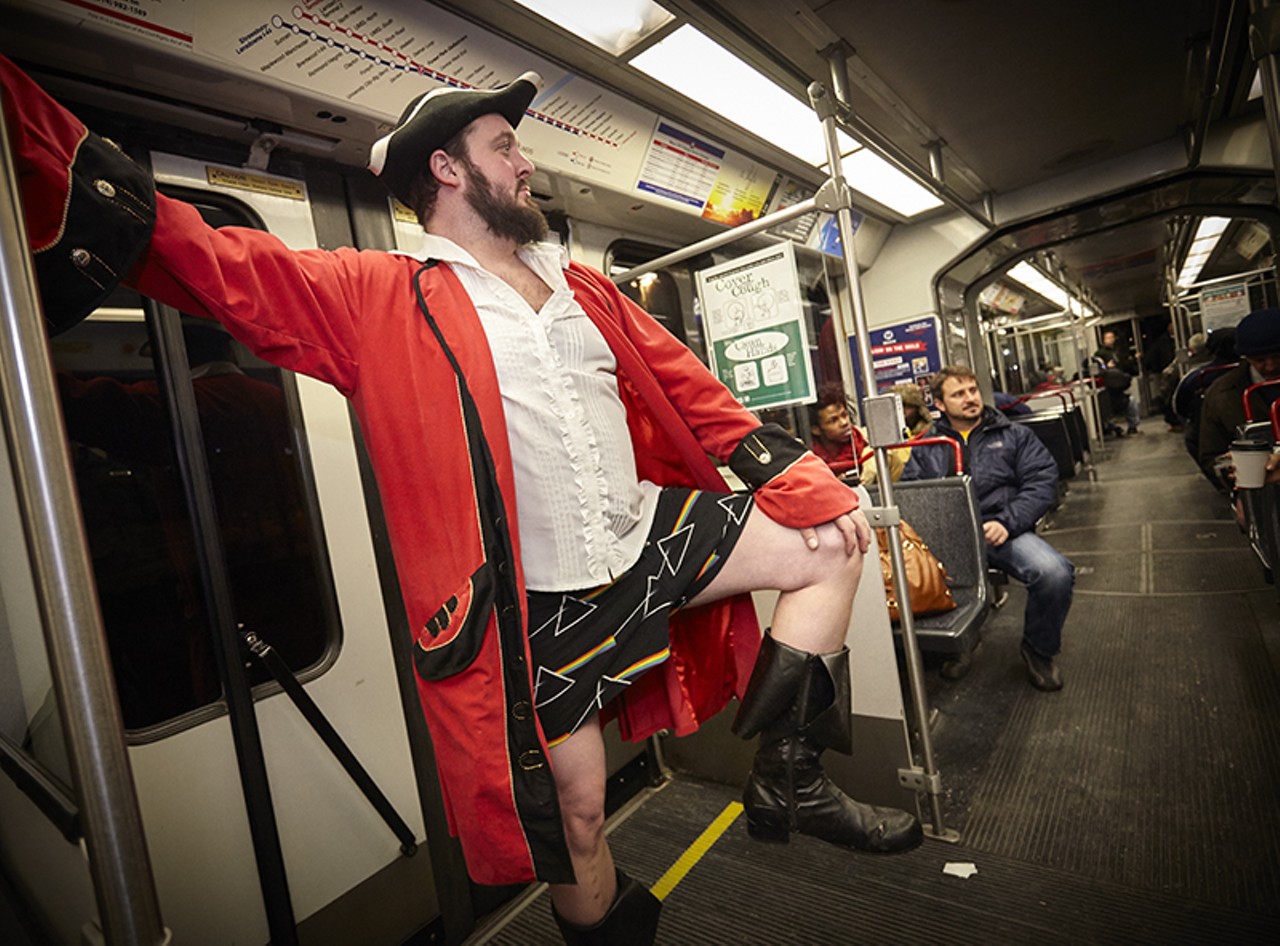 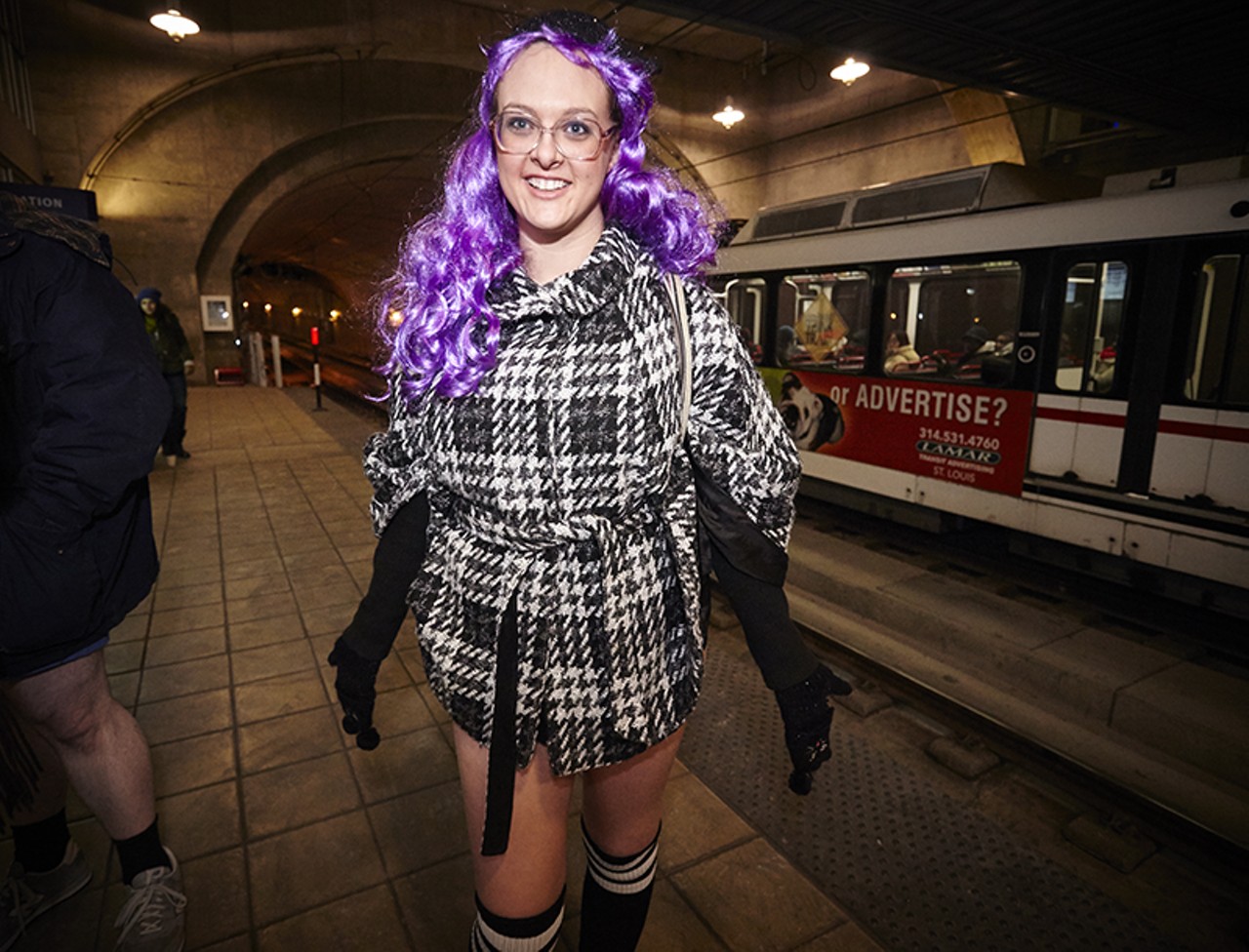 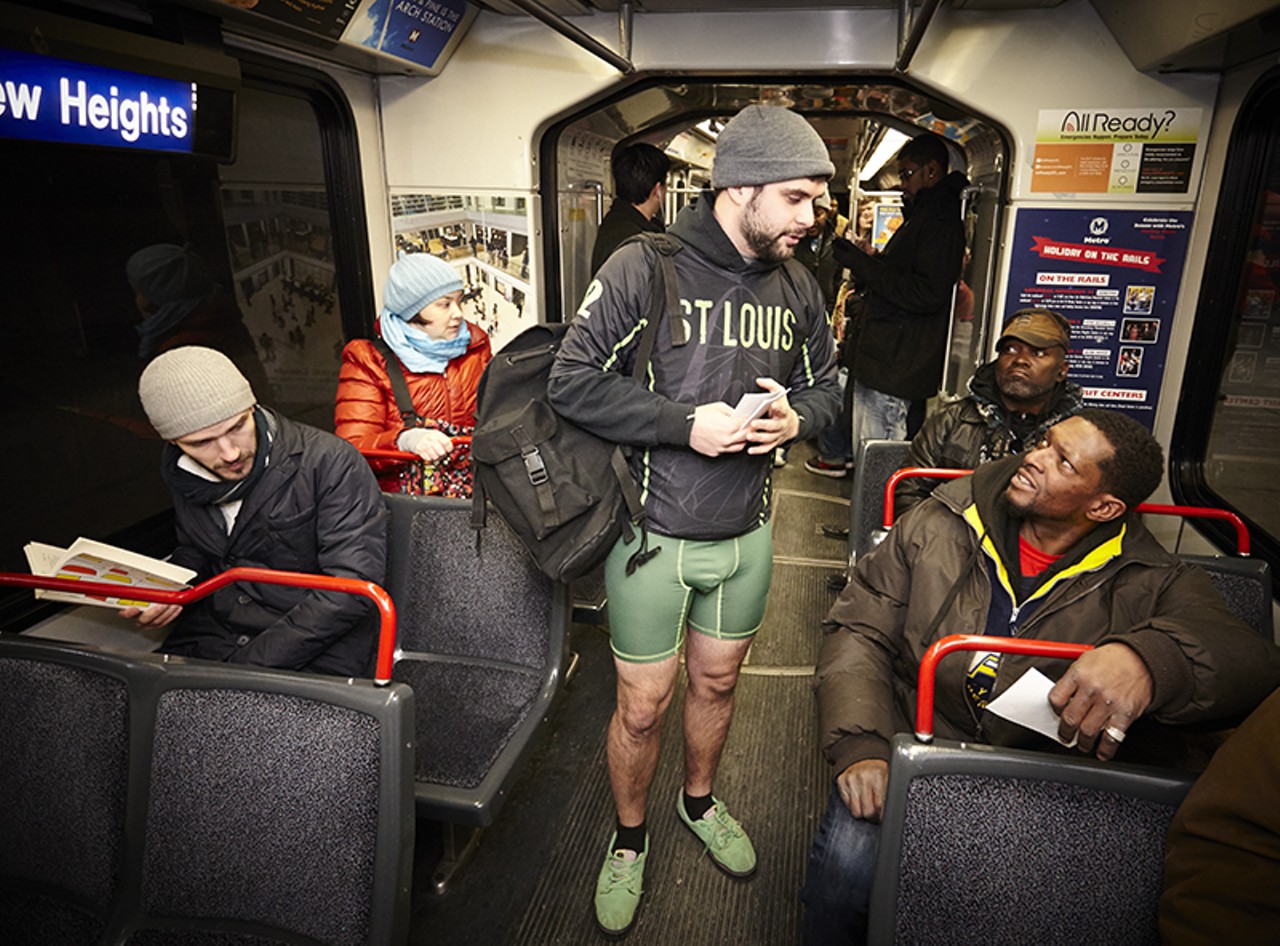 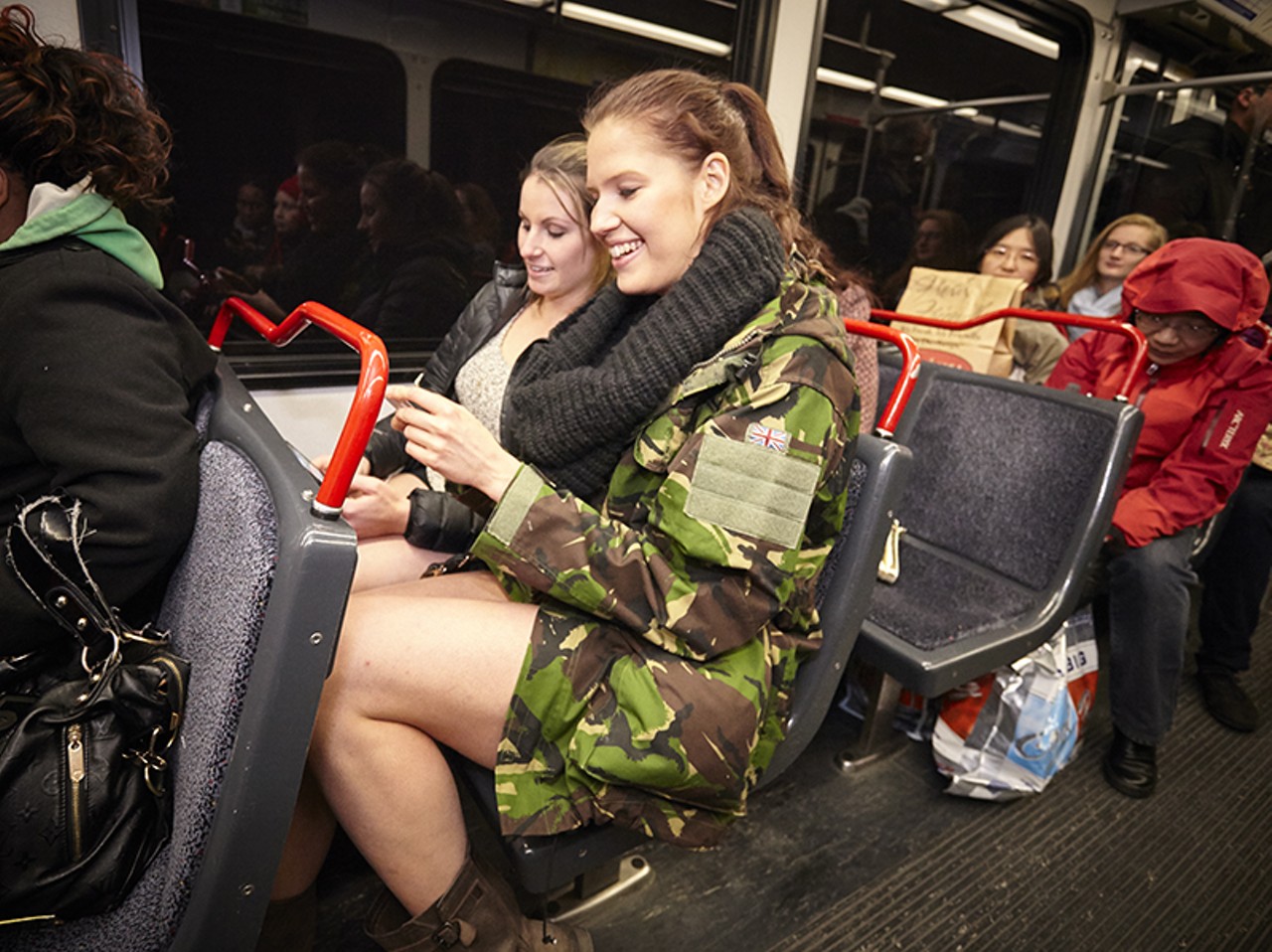