Most of the world's top tap dancers are gathering in St. Louis for the 10th annual All That Tap festival 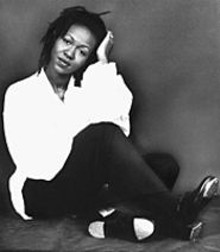 If a bomb were to go off in the St. Louis University High School Performing Arts Center on Sunday, the world would lose nearly all of its greatest tap dancers.

That's where Robert Reed is staging the grand culminating concert of his 10th annual All That Tap festival, a weeklong series of workshops that attracts the top tap talent from around the globe.

A book-signing with 87-year-old Cholly Atkins takes place at 1:30 p.m. on the same day as the big show. Atkins, a former choreographer for Motown Records, has written an autobiography called Class Act, which recounts his days dancing with the Louis Armstrong and Count Basie revues, plus how he taught scores of groups, including the Supremes, the Temptations, Smokey Robinson and the Miracles, Gladys Knight and the Pips and Marvin Gaye how to move to their music.