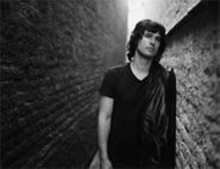 Second only to the fabled Sports Illustrated cover jinx is the curse of Winona Ryder, whereby most musicians who date the actress — Dave Pirner, Adam Duritz, Evan Dando, etc. — subsequently watch their careers crumble. Perhaps Jersey singer-songwriter and former Winona boy-toy Pete Yorn can buck that trend. His last studio album, 2003's Day I Forgot, featured his yearning tenor (which is kinda Jakob Dylan-y, only better) but lacked the emotional heft and storytelling acumen of his sterling 2001 debut, Musicforthemorningafter. Still, advance word on his forthcoming Nightcrawler has been positive, and he'll play much material from it at this intimate solo acoustic gig. Yorn's said that "special guests" may turn up, too — and seeing as how the album features the likes of Dave Grohl, the Dixie Chicks and Leon Russell, this could turn into quite the affair. Provided Winona doesn't show.