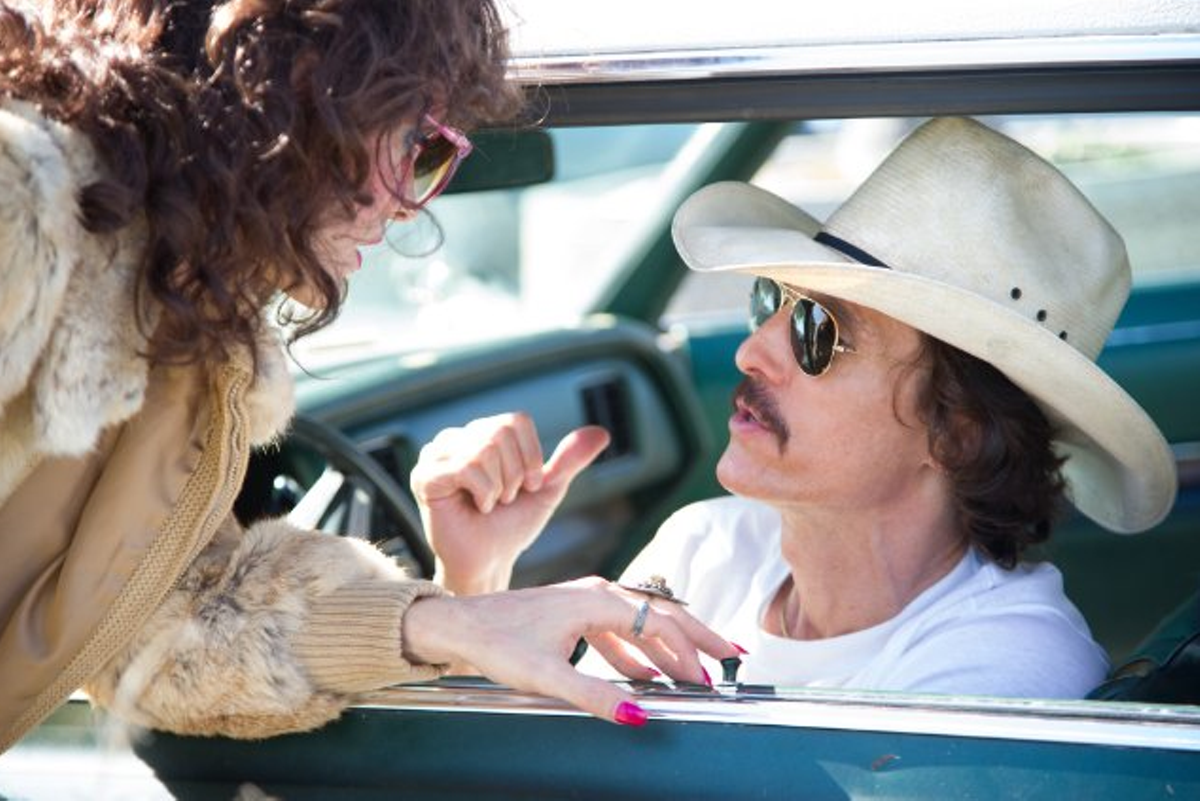 On this week's Voice Film Club podcast, our critics discuss the upcoming Dallas Buyers Club, the late Lou Reed, 1983's Get Crazy, 1979's The Visitor, and 2008's In Bruges.

"I used to hate [McConaughey] with an unholy passion and partly because I hated the characters he played who were just so smarmy and so certain they were so good looking and so charming," says the Village Voice's Zacharek. "And on one hand, you don't want to hold that against an actor, but it's like you have to assess actors based on what they put on the screen and if those are the only kinds of characters he's playing, I feel that I was fully within my right to hate him.

"But now I always want to see what [McConaughey] is going to do next and I love that. That's the best part of being a critic, is having an actor or filmmakers surprise you."

The Voice's Alan Scherstuhl wonders if the big studios can actually make a movie about AIDS where a gay person is the protagonist, noting that Buyers Club and Philadelphia are the only two big AIDS movies to come out -- yet in each film, the protagonists were straight men.

Zachrek also observes, "I love the way this movie refused to get all smushy-smush about Ron Woodruff's (McConaughey) relationship with the transexual Rayon played beautifully by Jared Leto. You almost don't even see the two of them become friends. I sort of love movies where a friendship evolves in something other than a montage."

L.A. Weekly's Amy Nicholson says of Buyers Club: "This film is really good at capturing all this uncertainty, where all his friends are unsure if they can share a beer with him. Nobody knew the 'rules' yet. The conversation has really shifted so much that I really enjoyed being stuck back there in that time."

The critics also stray from film for a segment, discussing Lou Reed, the musician who died on Sunday at age 71.

Listen and subscribe to the Voice Film Club podcast.

Jump to comments
« Found in Translation: With Mother of George, Andrew Dosunmu and Bradford Young paint a vivid portrait of dislocation   |   The Four Types of Spoilers and How Reviewers Should Handle Them »