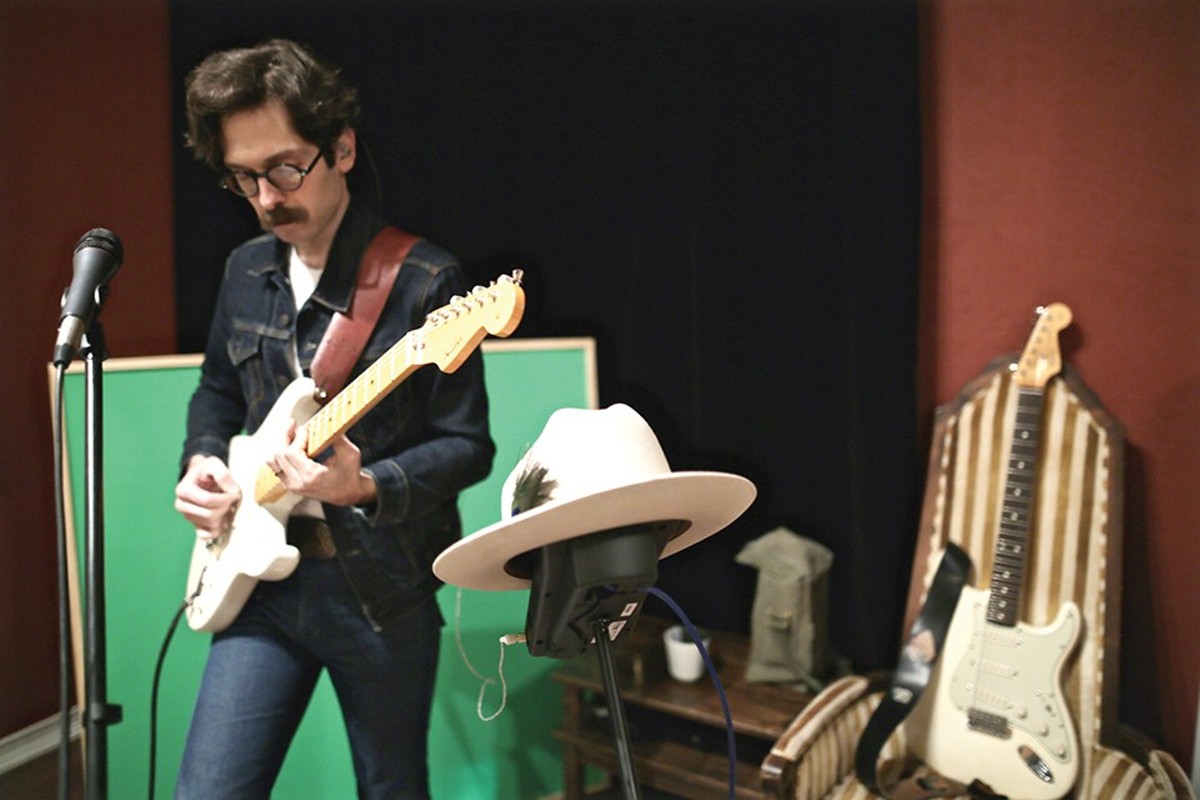 It would seem that Samuel Gregg is living his musical life in reverse. He's a Nashville-based guitarist with a killer instinct for playing Americana-derived licks, but rather than ply his trade in that genre's epicenter, he spends most of his time playing with St. Louis artists. You can find him on stage with Beth Bombara and as part of Essential Knots, playing cool, lithe lines on an ivory Stratocastor.

"For the most part, my social and professional life is based out of St. Louis," Gregg says by phone from his Nashville abode. "I'm sort of in hermit mode when I'm down here. It's nice to be in this music community, but I really don't leave the house much; I kind of garden and hang out."

While this seems like an odd dichotomy, Gregg says that even in Music City, most professional players only play around town rarely. "It's more common than you'd think," he says. "Even ten, twelve years ago when I was playing a lot around town here, I still spent the majority of my time traveling out of town."

He cuts an enviable figure as a sideman — and he's had plenty of practice, serving as a gun-for-hire for well over a decade. On stage, he plays with economy and grace while his trademark white Stetson completes the package. He wears a cowboy hat the way James Bond wears a tuxedo; he was born to wear it, and when the rest of us attempt the look, it feels like we're trying too hard.

But with the release of his new solo album, Land Between the Mountains, the sideman steps into center stage. The album collects ten songs that strike a dusty, roots-rock vein, with Gregg's strong tenor voice commanding authority even in his quietest moments.

Gregg says that many of these songs were written as much as ten years ago, when he was touring more frequently. "I was writing pages of prose every day, traveling and chain-smoking cigarettes," he recalls. But when the lure of the road started to fade and the temptations of that lifestyle caught up with him, Gregg says that he realized that he had been steadily "drinking myself out of a job as a sideman."

He stopped touring, stopped playing guitar and shut down the musical part of his brain altogether for a few years. "When I emerged from that dark period, I was sitting on these songs and they were several years old," he says. "I was living in St. Louis, and I was no longer drinking — I had all this time on my hands.

"I wanted to clear the hard drive a little bit," Gregg says of his desire to commit these songs to tape. To that end, he sent some emails to local studios, looking for space to record and some assistance in facilitating a backing band. Only Native Sound, the Cherokee Street studio run by David Beeman and Ben Majchrzak, got back to him, and soon enough Gregg had hooked up with a rhythm section — bassist Kevin Bachmann and drummer Mike Schurk — and several local supporting players.

His new St. Louis friends helped round out the songs, but Gregg pulled from his own Missouri upbringing for the sound and structure of many of them. He grew up in Cape Girardeau County, and his experiences there — singing in high school choirs, singing religious hymns at home with his family — inform a song like the album's title track.

"That song was definitely of home, what would fall under the old-timey music umbrella, which is a lot of where my early playing came from — playing guitar and harmonica with my dad and grandpa," he says. "There were a lot of folkified hymns; it was not quite bluegrass and not quite folk. I think that's stylistically where that came from."

Gregg says that, growing up, music was a communal experience. "We'd sit around a kitchen table and look at each other," he recalls. So for the album release show at Foam on Friday, July 26, he and his bandmates are going to recreate that vibe. The audience may be standing up, but the musicians will be sitting down.

Gregg has asked a number of local friends to sit in with him for the show. In addition to Bachmann and Schurk, Gregg will be joined by Seth Porter, Ryan Sears and Kit Hamon — all musicians with whom he has performed in other bands around St. Louis. Due to the distance between Missouri and Tennessee, the band won't have a ton of time to rehearse. But for a road warrior like Gregg, it's all in a day's work.

"That's where some of this Nashville pedigree comes in; down here, it's kind of a one-rehearsal deal and you let your natural sensibility tell you what you need to cover," he says. "I didn't want it to be an exact recreation of what we did at Native; I want them to let their natural tendencies come in rather than recreate the record."