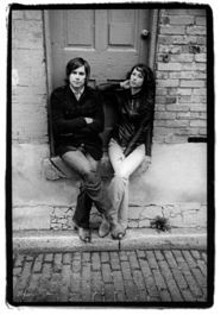 Husband-and-wife folk-country duo Sarah Lee Guthrie (Arlo's daughter, Woody's granddaughter) and Johnny Irion might lack the fiery antagonism that made Johnny and June Carter Cash recordings like "Jackson" so timeless. But Guthrie and Irion's honest-to-goodness passion for one another (and respect for each other's vocal space and sonic tastes) makes tracks such as "In Lieu of Flowers" and "Cease Fire" some of the finest duets of the past decade. In other words, their debut, Exploration, rivals much of the Cash couple's catalogue and is on par with the output of another country husband-wife team, George Jones and Tammy Wynette (at least before Jones' drinking torpedoed his marital vows). Will Guthrie and Irion go the distance like Johnny and June? If Exploration is any indication, the answer is yes.