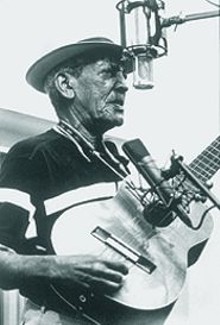 Ask Compay Segundo about the home of his youth, learn the secret source of 80 years of uninterrupted song. "Siboney is such a lovely town," he says, "with so much fruit, so many flowers. The pineapples are huge and sweet. There's a very beautiful beach, and when Christopher Columbus first saw the island, he said it was the most beautiful land that any man had ever seen."

Siboney rests on the southeastern shoreline of Cuba, 20 miles south of Santiago, the island's first capital and its oldest city. This is the birthplace of Cuban son, the genre from which salsa was later derived. Santiago de Cuba has been home to many of Cuba's greatest painters, poets and musicians, of which Francisco Repilado, a.k.a. Compay Segundo, is surely one. His signature song, "Chan Chan," celebrates that home:

I'm going from Alto Cedro to Marcané
Then from Cueto, I'm going to Mayarí

This pure Cuban son, its most country and most eloquent example, initiates Buena Vista Social Club, one of the most pivotal albums of this or any decade. The first images describe a town-to-town journey through the province of Santiago de Cuba, then freely shift to sexual love, that other great source of Compay's music and Cuban son as a whole:

Translation, of course, all but kills the song. In the Spanish original, Compay's desire forms as a droplet of saliva falling from his mouth:

"Chan Chan" is not an old Cuban folk song but a contemporary one, written by Compay in the '80s, and first recorded in 1989 with fellow Buena Vista guitarist Eliades Ochoa. Juanica and Chan Chan are mythical figures from Cuban folk song and legend; Compay alludes to them, merging his voice with timeless voices:

"I am 93 years old," Compay says on the phone from Havana. "I feel young and strong." Yet what makes "Chan Chan" such a moving song is the push-and-pull between the gay, skipping melody picked out by his guitar and the warm, drowsy drift of the rhythm. All the vitality of life is here, but the body can barely stand it and must rest.

For 30 years, Compay rarely took a breather from his music. "When I was young, I knew Sindo Garay and Pepe Banderas, some of the great musicians of my childhood. From them I learned traditional songs, the ones that I played at that time. When I was 12 years old, I formed my first trio, called Hatuey. We were all children, but we played often in Santiago de Cuba. Later I joined Miguel Matamoro and played clarinet. I played clarinet in the municipal band of Santiago. This was in the '40s, and I worked with this group for 12 years. Benny Moré got his start with us. We played many dance festivals, but we didn't have a strong lead singer. Miguel spoke to me of a boy he had heard, we gave him a tryout, he did well. That was Benny Moré. We toured in Mexico with Benny and even made two films there. This was in the '50s."

Virtually every story written about Compay mentions a downturn in his career after the 1959 Revolution, as if Castro singlehandedly stripped Compay of his music. Some of the Buena Vista veterans (Ibrahim Ferrer and Ruben Gonzalez, for instance) had been forgotten, but not Compay. "In the '60s," he explains, "I returned to my career as a tobacco roller, but I continued playing. I am a musician, but I have always had many careers. I'm a tobacco worker, a painter, a hair stylist, and returning to my other work gave me a chance to take a rest from performing and to compose for other groups. I continued to write songs and played for private dances and for the many festivals around Havana in the '60s. In 1989, I traveled to Washington, D.C., to participate with Eliades Ochoa in some concerts organized by the Smithsonian."

Compay's personal vision of traditional Cuban son, which flourished in the Santiago of his youth, draws on his understanding of classical chamber music -- with Miguel Matamoros he fused classical compositions with typical son montuno -- and eventually called for a personal instrument. He calls it the armónica. "Ever since I was very small, I loved the guitar. I knew music from playing the clarinet, but I wanted an instrument, a guitar, that had a unique sound and which was in octaves. It has seven strings, but you can play it in positions that are similar to the regular guitar."

Although Compay no longer plays the clarinet, for his latest recording, Calle Salud (Nonesuch), he arranged a clarinet trio with classic son percussion, double bass and layers of male and female harmonies. With the rise of big-band son and then salsa in the '50s and '60s, woodwinds generally gave way to the punch of trumpets and saxophones. Calle Salud, then, is a murmuring invitation to times and companions its author has long outlived. "I lived on Calle Salud for 30 years, and so the record is an homage to my neighbors. I chose the songs as a tribute to my old friends who have died. It has a sweet, soft atmosphere. I am very happy with it. But many people here in the United States can't find it. It's a bit hard to locate in record stores; it appears that distribution isn't as good as it could be."

Because Compay has lived and recorded in Cuba, the U.S. embargo has long prohibited his recording for a major North American label; his records are mostly available as imports from Britain and Europe. For his U.S. tour, Compay has managed to bring a full band from Cuba, including three clarinetists, percussionists, bass, second guitar and a lead vocalist. Those who imagine Cuban son as pure dance music will be surprised at the subtle lyricism of Compay's music. His spare, lissome armónica and shuffling rhythms have never really been at home in the hot nightclubs and discos of Havana. Instead, a languid, rural, seaside wisdom flows from his low, easy voice:

You know why I bring you here
You know it's to tell you
That my love is only for you
And if you have someone to forget
Just forget him, for I will do the same

"Happiness, I will always give you happiness," Compay sings on the chorus to "Versos Para Tî." Music could have no greater ambition. On learning the interviewer had visited Cuba a year ago, Compay asks, "Why didn't you visit me?" Strangers do not exist in his world. Compay forgets no one. "Send my greetings to all your neighbors, all your friends and all the people of St. Louis. I will soon be there."