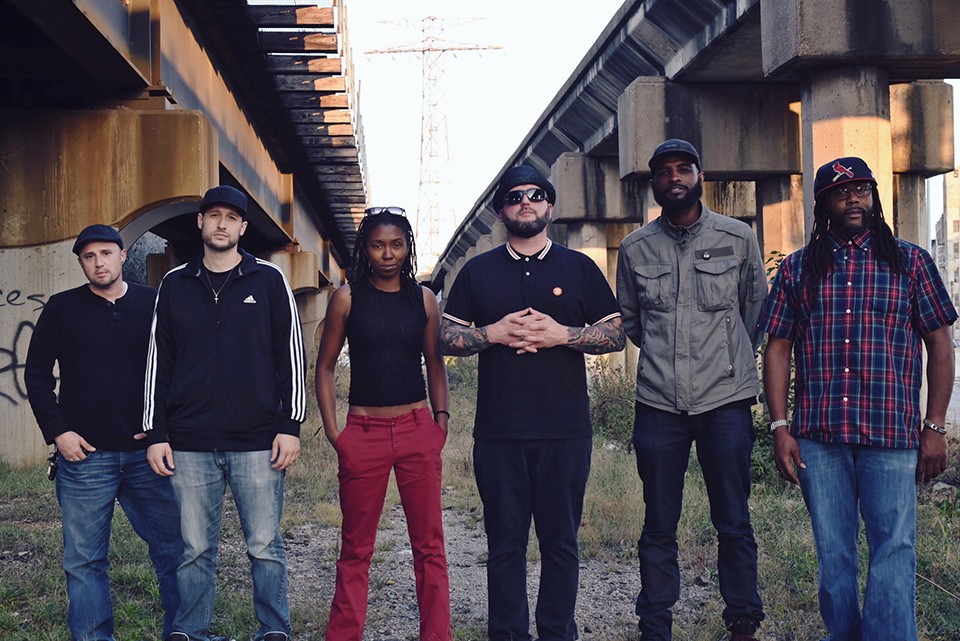 Mathias and the Pirates will play at this year's ShowcaseSTL.

This weekend, the RFT once again presents ShowcaseSTL, our annual festival of St. Louis’ finest musical talent. With more than 100 bands performing across eleven venues in the Grove, the lineup for 2019 represents the best of the best, our very favorite St. Louis acts.

But they’re not just our selections. In February we polled you for your favorite acts, and also allowed bands to submit themselves for consideration. In addition, we convened a panel of promoters, record store employees, radio DJs, venue owners and more to tell us about anyone we might have missed.

The result is a two-day celebration of the incredible depth of talent St. Louis’ music community has to offer. From Tonina to Kim Massie, from T-Dubb-O to the Lion’s Daughter, these are the acts that make St. Louis sing. Join us in the Grove for ShowcaseSTL’s kickoff party on Friday, June 21, and then get ready to rally and return the following day for a solid thirteen hours of local music bliss.

The guide that follows is divided initially by day, with Friday’s acts highlighted first, and then by venue. Use our listings to decide which bars or clubs to visit at which times. No matter who you decide to check out, you won’t pay any cover beyond your all-access wristband. It’s $20 in advance at rftshowcase.com or $25 at the door.

Read on for a rundown of every single act performing at this year’s ShowcaseSTL, and start practicing those dance moves now.

7 p.m. Theresa Payne
Ever met someone so relentlessly positive they were able to change your whole mood? Theresa Payne has a full set of songs that evoke that same feeling. A show-stopping force of R&B and soul, her voice will leave your hair standing on end.
linktr.ee/theresapayne

9 p.m. Mathias & the Pirates
Mathias & the Pirates is a longtime staple of St. Louis' hip-hop scene, consistently delivering heady rhymes over smoothed-out, soul-filled, funky beats that bring to mind the genre's golden era. The band is a must-see for fans of boom-bap and old school rap.
pirates.bandcamp.com

10 p.m. Illphonics
Illphonics raised the bar for hip-hop in St. Louis more than ten years ago and now the group is taking to big stages such as the Sheldon to show off its evolution of the genre. The band counts some serious music luminaries among its fans — no less than Tony Visconti, David Bowie's longtime producer, even reached out to collaborate on its newest material.
illphonics.bandcamp.com

8:30 p.m. Le'Ponds
A folksy singer-songwriter with a straightforward approach to her lush, dynamic songs, Le'Ponds accentuates her minimalist melodies with added depth with help from her jazzy backing band. While Le'Ponds (real name Lisa Houdei) is known for augmenting her acoustic work with pulses of synthesizer and other subtle layers, she went totally electric on last year's I Was Dancing. Expect a wide range of soulful sounds.
lepondsmusic.bandcamp.com

9:30 p.m. Jr. Clooney
Jr. Clooney's melodic math rock is rooted in jazz fusion, seamlessly weaving between dense, rhythmically complex sections and hooky harmonies from the guitars. Somehow it avoids being overwrought, despite (or is it because of?) the dazzling musicianship on display.
jrclooney.bandcamp.com

10:30 p.m. Brother Lee & the Leather Jackals
For pure diesel-powered rock & roll, Brother Lee is one of the best around. Even if you don't know the group's members personally, seeing them live is still akin to seeing your friend's band play — provided your friend is the sex, drugs and rock & roll type.
brotherleeandtheleatherjackals.bandcamp.com

12:30 p.m. 18andCounting
St. Louis mainstay 18andCounting is closing out the weekend's Friday night kickoff party with a solo set. His backing band theOnlyEnsemble won't be present here, but he'll do a mix of everything under the 18andCounting umbrella: rapping, DJing and otherworldly music-making.
18andcounting.bandcamp.com

Turn the page for details about all the bands playing on Saturday.