Illinois-based restaurateur Don Bailey recently opened Evangeline's Bistro and Music House in the Central West End. Bailey has transformed the former Coco Louco Brasil into an elegant space, free of New Orleans kitsch. He specializes in Cajun and Creole dishes -- those are the stars of his his Millstadt, Illinois, eatery, EurOrleans Bistro. Among the dishes reviewed are "Crawfish Carolyn," the Tabasco shrimp, blue-crab etouffee, red beans and rice -- prepared from Louis Armstrong's own recipe, no less -- and andouille muffuletta.

Photos by Jennifer Silverberg for the Riverfront Times. 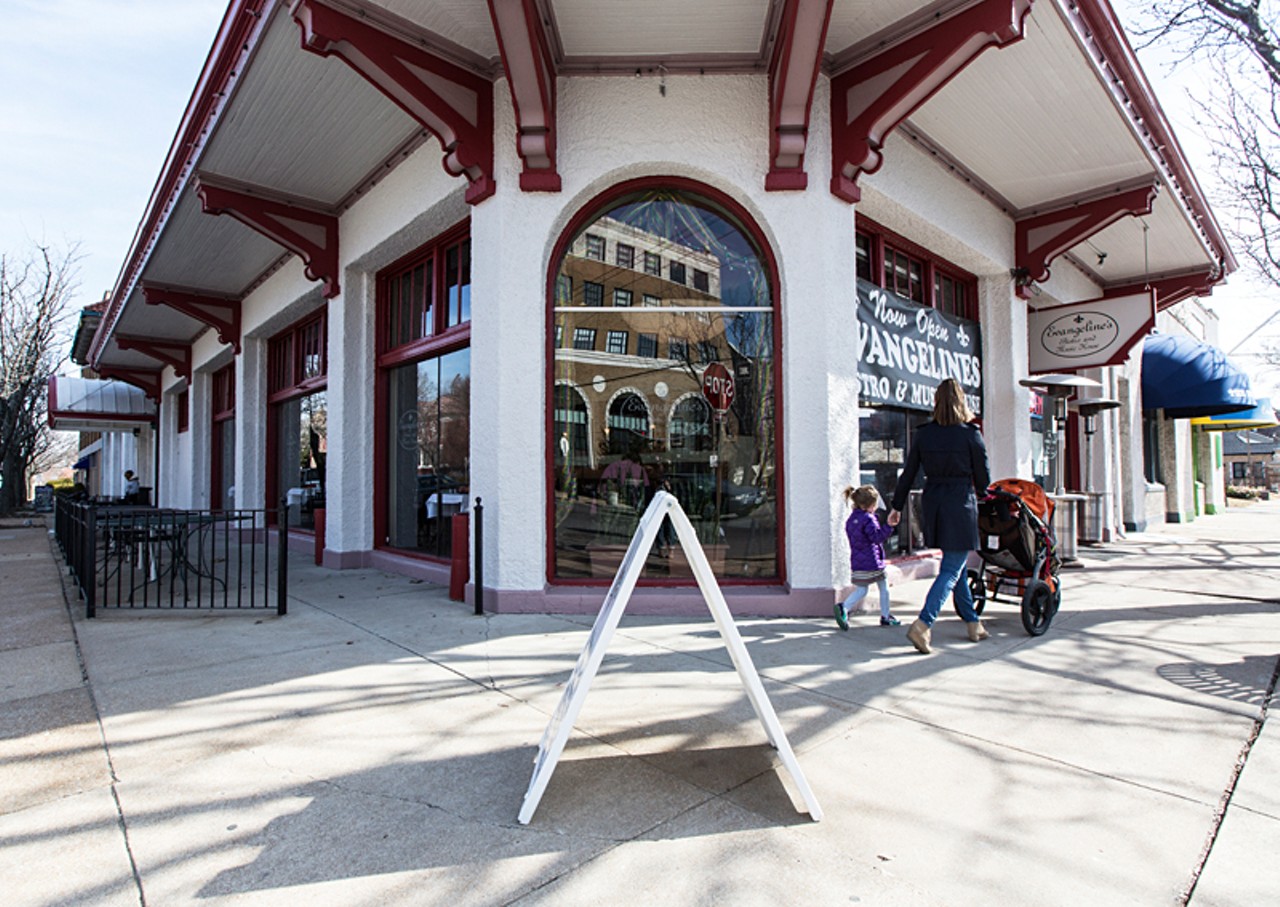 Evangeline's in the Central West End.

One of Evangeline's chefs, Chris Murray, at work in the kitchen. 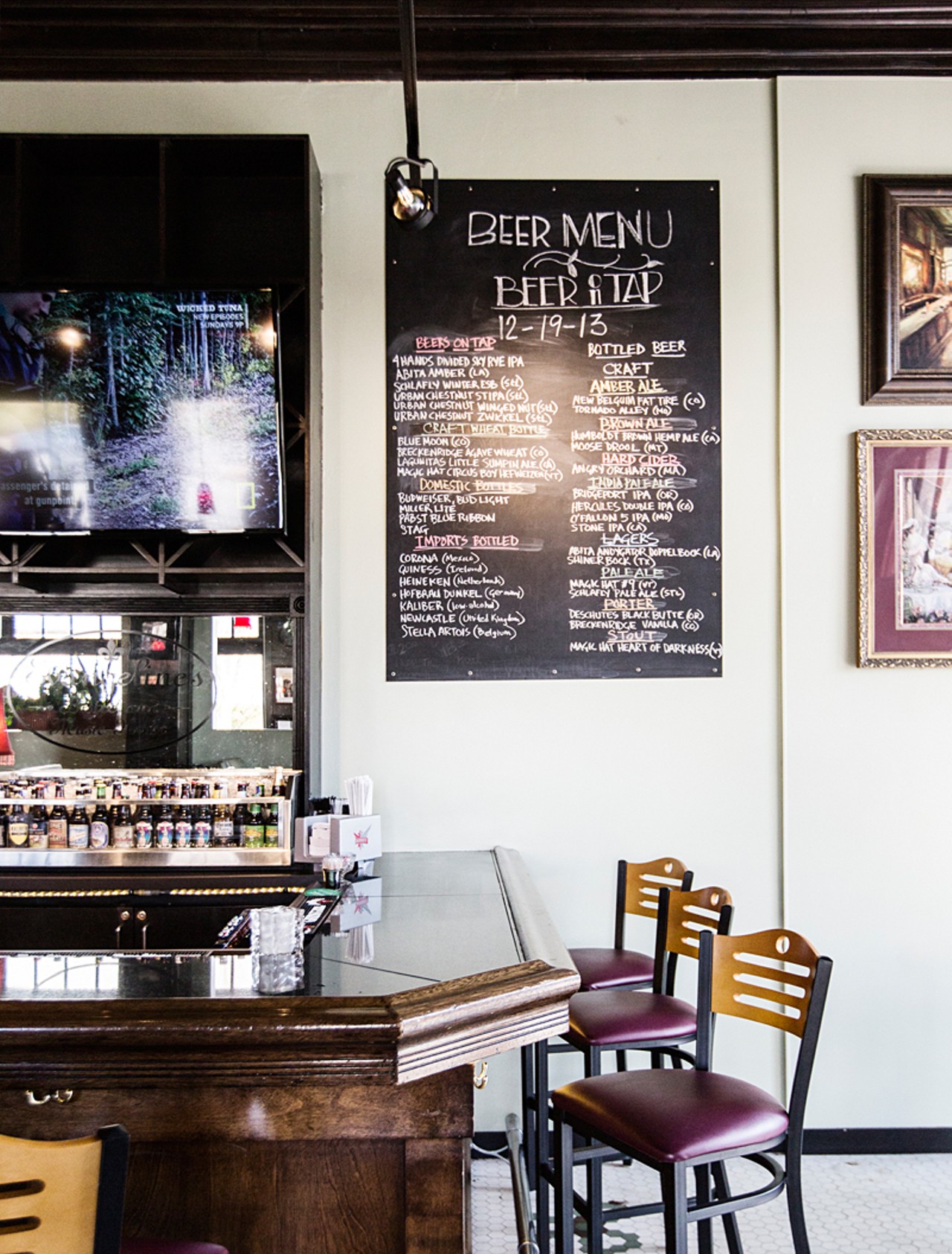