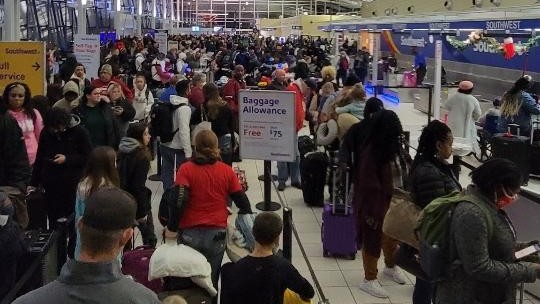 Mike Ezell
Southwest Airlines caused chaos across the country this week when it canceled more than two-thirds of its flights  — including more than half of its flights in and out of St. Louis.

Travelers were left grounded in airports with little to no information and nobody answering the customer service lines. Flyers couldn't get back into St. Louis. Some people stuck here couldn't get out of St. Louis. And their checked luggage? Who knew where that was located. It could be here or in their destination city or somewhere else entirely. And if it was at St. Louis Lambert International Airport, it might've been damaged by a burst pipe, anyway.

It's been days since the chaos first erupted and it continues to be a sh*tshow with travelers stranded without a clue when they'll get home. Some have turned to social media to tell their stories. Here's what they're saying in St. Louis — or about St. Louis, if they've gotten out or are still trying to get in.
Scroll down to view images

#southwest #swa Southwest airlines has everything under control in st. louis pic.twitter.com/m4Yeg1Hzem

I don’t think some folks are aware of just how much Southwest’s operational collapse has impacted travel.

The next day I can book a flight from St. Louis to anywhere, on any airline, is Thursday. Even then, it’s to Dallas and said flight is priced in the thousands. #Southwest

To all of the St. Louis-based Southwest diehards, sure, you might have to pay for a checked bag and a seat assignment on American but, hey, you’ll actually see the inside of an airplane. 😉

I am still shocked we made it out of STL yesterday.... There was so much misery in the Southwest terminals in both airports. We will see how the return trip goes on Saturday. https://t.co/JVGJJMfpxf

Cool thread but man we gotta have better answers than "fix it in state court!" I don't want to sue southwest in St Louis County I want the DOT to prevent this from happening in the first place https://t.co/ZpF6NfhZ3p

Here in St. Louis passengers have been stranded since the 24th. We haven’t had high winds or massive snow since last Wed/Thurs the 22/23. I have friends who work for Southwest & the portal they sign into is unavailable bc @SouthwestAir system is old.

Well if you lived in a po-dunk city like St. Louis where Southwest has well over 50% share of the flights and that you can't fly any further than Kansas City nonstop, you'd certainly be flying with them again.

January 26 marks the 24th anniversary of Pope John Paul II’s pilgrimage to St. Louis, and to this day whenever his visit… 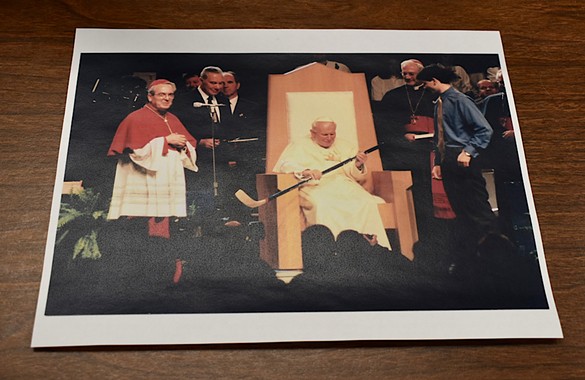 Thanks to a Sunshine request filed by the Springfield News-Leader, we now know that the state's Department of Revenue is preventing Missourians…

It's been a year, St. Louis. This year saw the return of many of our favorite events as the pandemic slowed down… See Snowy Scenes From All Around St. Louis [PHOTOS + VIDEOS]

The snow fell fast and hard today, and we've combed through social media to see just how bad it got out there… 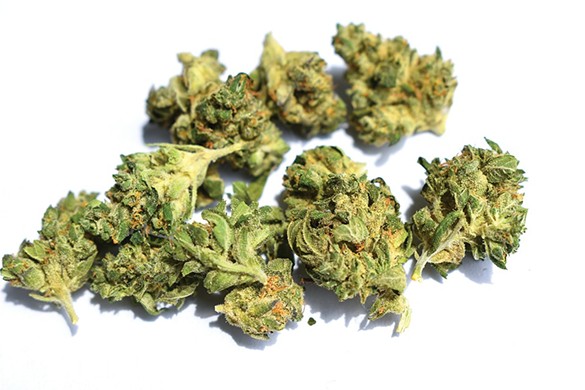