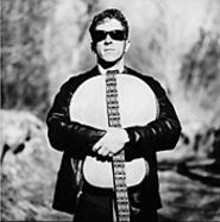 You don't know Jeff Price, but there's a good chance you've fantasized his life. Ten years ago, Price and a high-school friend started a record label in their bedroom, the kind of too-cool-for-commerce project that rarely makes it past vanity and, if it does, even more rarely remains solvent and idealistic. The record industry, you see, is slumping: Sales are down, Tower Records is contemplating Chapter 11 and indie-rock sprinters such as Sub Pop and Mammoth are sucking air. Price's label, spinART, is about to release record No. 100 -- a side project by Apples in Stereo jefe Robert Schneider -- but Price isn't celebrating. He's got a print job at Kinko's that needs picking up.

"Tell her to run 50 copies, and include it in the package for Shore Fire Media," Price barks in mid-phone interview. "Michael, can you call Planetary Group? Ask for Diego and ask him what CDs they need -- do they have copies of Bis and Mazarin, and if they do not, send them 10 copies of each via ground UPS today." The label grew out of Price chum Joel Morowitz's musical obsessions, which soon became Price's own: "I wasn't into music; I thought it sucked. As a teenager, all I knew was Top 40 radio. Joel had an amazing record collection; he introduced me to things like ska and then new wave in the '80s."

A staff of five now works from a Staten Island office, which Price describes as "circa 1976, shit-brown paneling with fluorescent lighting and gray-green industrial carpeting." Their current roster, however, is dazzling: Vic Chesnutt, the Apples in Stereo, Echo and the Bunnymen, Jason Falkner, Ron Sexsmith, Clem Snide, Bill Janovitz, the Minders, Mazarin and Bis. Some, like Chesnutt, Janovitz and Echo, have sought refuge at spinART in the aftermath of major-label bloodletting. The others couldn't get arrested at CMJ -- at least not yet.

The first spinART release was a 1991 compilation, One Last Kiss, 19 songs by sub-obscure pop bands including Velocity Girl; Suddenly, Tammy!; Spent; and the Lilys. "Nirvana had just hit; grunge was moving into Top 40," Price recalls. "There was a vacuum for the indie-pop sound, and bands like the Breeders and Matthew Sweet were supposed to be the next big thing. We had no clue what we were doing. We mailed out 10 copies to press, places like Spin, the Washington Post, Alternative Press and Rolling Stone. We got a full page at every one and, of course, never heard from Rolling Stone. Because we did not include any info in the compilation booklet, which was just an oversight, the industry thought all these bands were signed to spinART, which was insane. We had handshakes. We started to get phone calls from majors; the A&R people were looking for the next big thing, and we told them they could mail-order the disc for 10 bucks -- the idea of a multinational corporation worth billions of dollars calling me up for a free CD, when they could go fucking buy it and expense it! The industry, right or wrong, put us on some kind of pedestal, but we had no clue. We were still two guys in a bedroom."

The label finally took off with a band called Suddenly, Tammy! Peter Nash, who was booking Suede's first North American tour, heard the band's spinART release -- recorded in a basement on a $1,000 budget -- and asked them to open the tour. Radio stations in New York and Philly put the record into rotation, and spinART had an impossible hit. "We ended up in a label deal, so to speak, with Columbia Records, eight months after releasing our first CD," Price says. "The relationship was great: We could use someone else's money to release records we loved. They viewed us as an A&R source -- we were cool, hip and if a band did well, they could pick it up and put it through their distribution system."

The relationship lasted two years, before the first of the '90s massacres at Columbia. "We learned that the industry isn't about music," Price says. "It's about relationships, politics, marketing budgets, who signed the band, playlists for commercial radio, the blow, the whores, the payola. Seventeen of the people we knew at Columbia weren't there two years later. In the meantime, spinART took flak along the way; it wasn't cool for an indie to be associated with a major. As far as Joel and I were concerned, our job was to take these bands as far as they could go. Suddenly, Tammy! is a perfect example. We couldn't afford to make a video, to make new CDs, the tour support, and they had an opportunity to go somewhere. It wasn't fair to the band. I'll dance with the devil to benefit the band; I won't sacrifice their integrity. Hopefully along the way it will afford us both a living."

If spinART has shown that bedding down with the majors needn't mean pimping your heart and soul, spinART has also shown the dangers involved -- and that's not just indie paranoia talking. After Columbia, the label turned to alternative-friendly Sire, just as Sire was getting ready to implode. "We lost Frank Black because of it," Price says. "Sire owed him a lot of money. We found errors in their bookkeeping, and we were going to audit them. You think you'd just get the money, but instead it becomes a fucking negotiation. 'How about we pay you 80 cents on the dollar?' they'd say. Fuck you. How about you pay me a dollar on the dollar?

"After that," Price continues, "we were, like, 'No more majors.' We had to come up with a structure that would make money if we weren't going to have our sugar daddy. We decided we'd have developed artists like Vic Chesnutt and Jason Falkner, and then we can work on developing bands like Mazarin and the Orange Peels. We do band-friendly contracts: We don't own masters; we do 50-50 net-profit splits and pay out 100 percent on mechanical royalties. Bands make more money selling records through us than they would selling three times as many through a major." To what purpose all these minutiae of a minute record label? To give qualified hope, perhaps, or maybe just bemused despair. The 10-year story of spinART is the story of Zen luck, which is the hardest lesson for scrambling bands and bedroom labels to learn. Success, if you can call a plywood office on a free-ferry stop a success, can't be made, bought or borrowed, though good taste -- and Price and Morowitz have never lacked that -- can lay the preconditions for survival, and -- who can say? -- the Apples in Stereo may have a hit record yet.

But as good as new releases from Chesnutt, Clem Snide and Sexsmith are, the bell cow of the spinART herd is probably Bill Janovitz. Best known as frontman for Boston's Buffalo Tom, Janovitz's latest work, 1997's Lonesome Billy and now Up Here, has a subdued, effortlessly emotional quality toward which his rock records only gestured. On the acoustic songs of Up Here, Janovitz -- who still lives just outside Boston -- sounds like an old soul refreshed in a fierce autumnal light.

"There's that temptation to get out to where the weather doesn't depress you for six months," Janovitz says, "the lure of the sun and perpetual happiness. But as an artist, I can feel the change of seasons; I'm afraid if I left it, it would take away who I am. The record was made over autumn; I can't imagine making a record like this in July. The dimming autumn light of New England is all over the record."

Within the lean arrangements of Up Here -- Janovitz plays everything, with incidental help from keyboardist Phil Aiken and singer Chris Toppin -- lies a composite emotional core, a cycle of moods that words such as "yearning," "nostalgia" and "wonder" barely describe. "Light in December" finds him writing a temperate lullaby for his 2-year-old daughter -- a subject generally given to noisome sentimentality. Instead, the light in his daughter's eyes leads Janovitz where his music has no choice but to go. "It is a cliché," he admits. "People say having a child will change your life, that you have no idea until it happens. Having a kid hasn't changed my music conceptually; it's more the reality. Everything changed in the industry: Being a 35-year-old white guy playing rootsy rock music, that changed vis-a-vis the industry, and then I had a kid, and the market forces became such that I either had to scramble and keep working from a place of desperation or I could stay home for two years and make music in my basement, which I've done. It's not that I've had a kid and I can't be in a rock band. But I welcome the change, taking all the pressure off of doing music and doing it for the sheer love of it."

Jump to comments
« Various Artists   |   One Size Fits All »