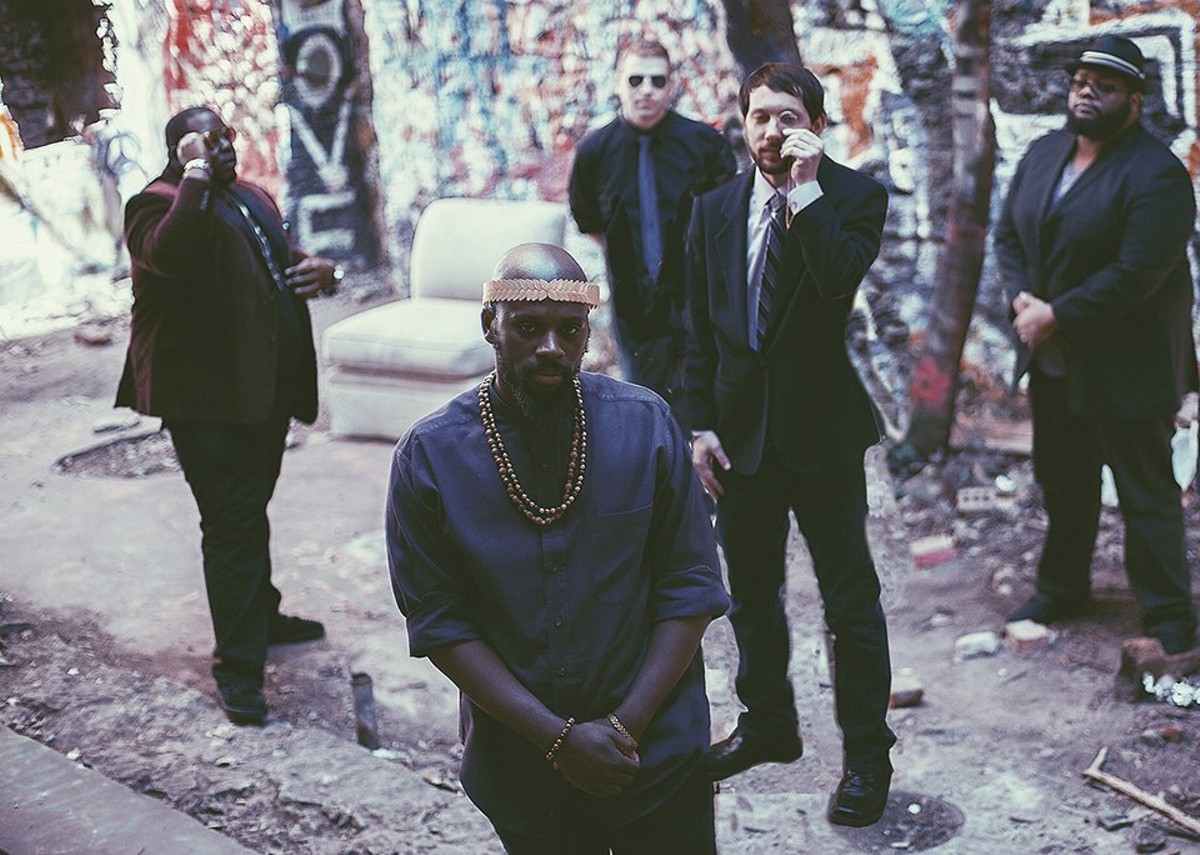 Each year, the sound of St. Louis gets broader, deeper, brighter and darker — and harder to pin down. Not that we don’t try. Each week, in fact, RFT music critic Christian Schaeffer’s long-running Homespun column takes a local album for a spin and talks with the artists behind the songs. This list compiles the ten best albums from local artists this year; for a list of the year's best songs by local artists, click here.

If you don’t know, now you know: This is the music that helped St. Louis sing and dance our way through 2017.

Kalyn McNeil made [SIN]SES, her seven-song release under the name Bloom, with St. Louis-bred, Los Angeles-based Dylan Brady, and while the producer's deft touch with decaying atmospherics is well-deployed, it is McNeil's octave-spanning vocals that fill out the spectrum. She gets operatic on opening track "Incredible" and seeks to exorcise some demons on the cavernous "Raindrops." Together, McNeil and Brady make post-apocalyptic R&B, creating a kind of grey-scale sensuality.

Ashely Byrne calls her first self-titled release Bedroom Ballads, but that's only halfway true. The eight-track album was made at home with nothing more than a MIDI keyboard, GarageBand and Byrne's voice, but she shows a range beyond thoughtful, diaristic ballads here. "Lived Long" introduces Byrne as a soloist in a church choir, her multi-tracked vocals settling into sometimes austere harmony against a well of reverb and a subtle, tremolo-heavy keyboard pattern. It's a fearless way to open her first solo outing, and on the rest of the album she drifts from coy delivery to steely resolve. Whatever mood she channels, Byrne doesn't flinch or pull punches.

Finn's Motel, Joe Thebeau's long-running quartet mining the patch of land between power-pop and garage rock, came out of a thirteen-year hibernation with a pair of thirteen-track albums. Quinta Del Sordo dropped in the middle of December, but this spring's Jupiter Rex reintroduced a band that's lost none of its pep. From the first rumble of opening track "Grounded," it's clear that neither the band nor its members have settled into middle-aged boredom. Galloping bongos and fuzz-bombed bass attend quick and crunchy guitar bursts. But perhaps in keeping with a reflective songwriter given to big-picture musings — Thebeau received his degree in philosophy a few years ago — the most striking moments on the album are the quietest and most ruminative, the piano- and twelve-string-led "Awake, Alive, Alone" in particular.

While much of the material on the new album stays true to Illphonics' established style of live-band hip-hop, many of the tracks put a focus on pairing frontman Larry Morris' verses with more melodic hooks and choruses; to help with that sweetening, the band has partnered with a number of guest vocalists. Lena Charlie aids the snappy, syncopated sound of "Heights," while Joaquin Musick guests on a few songs here, including the subtle triumphs of opening track "We Are (Majestic)." Taken as a whole, Purple Piano Society shows the a continued evolution of a band that has never worried too much about staying in one lane.

Lisa Houdei released her first proper album as LéPonds at the tail end of 2016, but it lit the way for a year in which her hushed, artful folk music could act as a signal-flare for other artists in town. The music on Heat starts small — voice, tinny acoustic guitar, a droning synth — but Houdei is able to populate these spare compositions with the warmth of layered harmonies and earthen instrumentation. "Please," the album's opening track, largely ignores acoustic guitar and opens with the gentle wheeze of a pump organ. It builds with soft synth arpeggios and a delicately fingerpicked guitar pattern; the arrangement sets a mood that can feel both weightless and kinetic.

St. Louis music fans have had the chance to see Ryan Koenig's development and varied styles for some time — either as part of the Rum Drum Ramblers, with his wife Kellie Everett in the Southwest Watson Sweethearts, or as Pokey LaFarge's right-hand man. But with the early-October release of his solo debut, the singer and multi-instrumentalist has gathered the many strands of his musical identity — and many local musicians — to create a spirited and varied record that fluidly captures country, rock and Mexican folk music into a cohesive whole.

While keys and beats fill in most of the space on the largely instrumental LoveWaves, the first sound you hear is that of artist Brandon McCadney's primary instrument — the violin. On opening track "Blossom," a dramatic violin filigree gets mangled by distortion and taken into hyper-speed overdrive before dissolving into a soft bed of electric piano. The introduction serves as a warning that typical lounge grooves and Soulquarian vibes are subject to interpretation.

You wouldn't think Conor Murphy would have the time or inclination to step outside of his role as Foxing's lead singer to create a solo album, but Smidley's eponymous debut tones down some of the cathartic, engrossing drama of his main gig. When it came time to write the songs on Smidley, Murphy dug into his library for inspiration — he name-checks Belle & Sebastian, Broken Social Scene and the New Pornographers as acts he sought to "rip off." He channels some of the verve of the best power-pop bands — "Power Word Kill" chugs along without shattering its crystalline haze — while a delicate acoustic guitar and chunky Mellotron chords are all the backing "Milkshake" needs to allow Murphy's expressive, cigarette-stained voice to bend and break.

Kit Hamon has long been a valuable utility player on stages across St. Louis; you can find him backing up his wife Beth Bombara on drums, bass, fiddle and more, and he provided much of the melodic glue in the final and greatest Old Lights line-up. But it took an alter ego (Stacey Winter) and a six-song EP of electro-fried, falsetto-heavy pop songs (We're Both Right Now) for Hamon to fully claim his musical inheritance. On the album he channels classic R&B ("You & I") as easily as he wields laser-beam synths on opening cut "Lines."

Yowie, the post-everything trio that delights in bending tone and shifting time signatures, never stays still long enough to get a clear picture of its attributes (in fact, the band will play its final show with its current line-up at the end of December). On a track like "Mysterium Tremedum" from this year's Synchromysticism, a meek, spindly guitar pattern grows claws as it butts up against an aggressive, quick-fire drum kit. Another guitar, its tone both assured and questioning, peeks over the fence. Questions and decibels arise: Are these instruments in communion or discord? Is that tympani-like throb coming from a drum head or a low guitar string? Can you dance, or even bang your head, in time with this music?