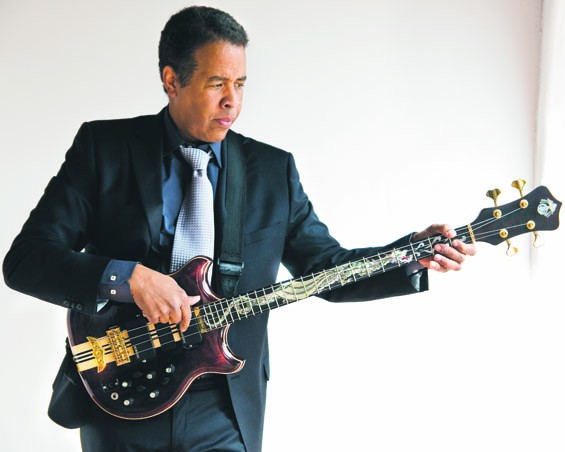 Like Charles Mingus and Scott LaFaro before him, Stanley Clarke helped bring bass to the forefront of jazz ensembles instead of hiding the instrument in the shadow of the drum kit. He is perhaps best known through his collaborations with keyboardist Chick Corea, beginning as members of fusion ensemble Return to Forever and continuing with the pair's Grammy-winning 2011 album Forever with drummer Lenny White. Clarke's big breaks came from seasoned musicians like Corea and Pharoah Sanders, and he returns the favor in the current Stanley Clarke Trio by employing relatively young-gun percussionist Ronald Bruner Jr. and Ukranian piano phenom Ruslan Sirota.

One of These Things Is Not Like the Others: Ronald Bruner Jr. has drummed with Kenny Garrett, Lee Ritenour, Suicidal Tendencies and Marcus Miller.