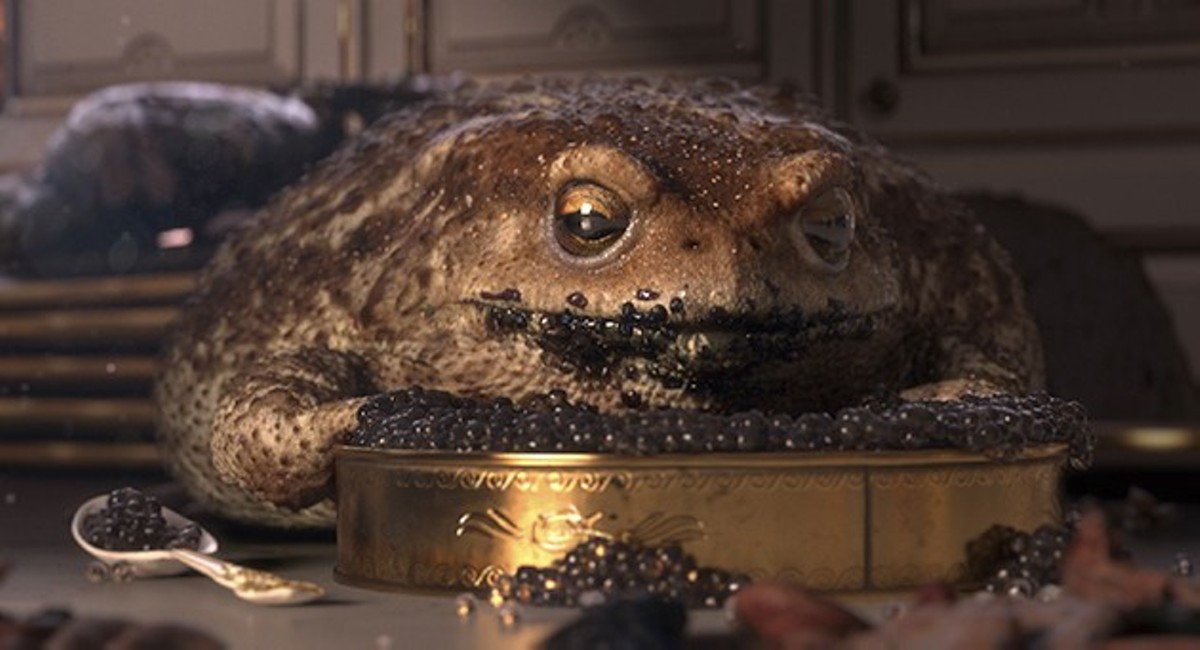 A group of frogs take over a mansion in the animated short "Garden Party."

It's been a long time since short films were a regular part of a typical night at the movies (along with B-features, newsreels and the latest Bugs Bunny cartoon). I wonder if our current age of Netflix and YouTube and 24-hour entertainment systems carried in nearly every pocket or purse has again created a place for shorts. This year's Academy Award-nominated shorts certainly deserve a shelf life long beyond their limited theatrical release.

What they have in common is that they are relentlessly contemporary. Though different in style and subject, these films share perspectives on the world as we know it in 2018, dealing with issues of religious difference, inclusion, racism and violence. This is front-line, up-to-the-minute filmmaking, tackling real ideas in short, powerful blasts.

For the cartoons, the 2018 nominees are a mixed bag of styles and sensibilities, from the odd "Negative Space," a French film in which a knack for packing suitcases becomes a means of bonding between a father and son, to the Pixar-produced "Lou," a fantasy about schoolyard bullying.

My favorite was the hyper-realistic "Garden Party," in which frogs take over a mansion after a decadent celebration. The LA branch of the International Animated Film Association split its awards between the remaining two, "Dear Basketball," a heartfelt rendering of NBA star Kobe Bryant's retirement letter, and "Revolting Rhymes," an inventive mash-up of Snow White, Red Riding Hood and the Three Little Pigs and based on a Roald Dahl book. I suspect the Academy voters will be impressed by the latter, but with most of the ballots coming from the heart of Lakers territory, who knows?

As for the live-action shorts, though topicality rules the day, there is one brief exception. The Australian film "The Eleven O'Clock," the sole comedy in the batch, offers the dilemma of a psychiatrist trying to come to terms with a patient who thinks that he's a psychiatrist. Performed with deadpan skill, it's like a downplayed Monty Python sketch, carefully avoiding a Pythonesque sense of imminent panic. It's pleasant, but slightly irrelevant compared to the remaining nominees.

A more topical issue is addressed by "Watu Wote," a chilling drama based on real incidents along the Kenyan border. A bus full of Christians and Muslims is attacked by Muslim extremists, but the Muslim passengers defy the threat and help protect their fellow passengers. It's brief, intense and, most importantly, an optimistic story of tolerance in the face of extremism.

"The Silent Child" is a beautifully photographed drama about a frantically preoccupied family living with (but barely acknowledging) a deaf daughter. With the appearance of a new social worker (played insightfully by Rachel Shenton), young Libby begins to learn sign language, but the child's progress only increases the family's tension. As the film's writer, Shenton, an advocate for sign language after her father became deaf, has achieved something profound and commendable, taking the material of a PSA about education and shaping it into a disturbing and melancholic drama.

If you know twentieth-century American history, the title and the setting of "My Nephew Emmett" will already tell you what to expect, but familiarity in no way diminishes the force of this powerful story. It's a slow, understated piece, focusing on the quiet desperation of Mose Wright, a 64-year-old sharecropper who watches helplessly as his young nephew Emmett Till unwittingly sets off a chain of events that would soon shake the entire nation. L.B. Wilson is stunning and tragic as Wright, and director/writer Kevin Wilson Jr. creates tension masterfully, capturing the uneasy sense of living in a time and place where racism and violence were as common as a sunrise.

Reed Van Dyk's "DeKalb Elementary" is essentially a two-character drama, filmed in a straightforward style and (more or less) in real time. Cassandra Rice (Tarra Riggs) shows up for a typical day's work in the office of an elementary school. A few minutes into her day, a young man (Bo Mitchell) comes to the counter and asks to use the telephone. As Cassandra steps away, the man pulls an automatic rifle from his backpack and begins to wave it around. Based on a real event, Van Dyk's film captures the anxiety of what has become an all-too-frequent occurrence in America as Cassandra, on the shooter's orders, calls 911 to negotiate with the police. The film becomes a wary face-off between the two protagonists, and the school setting creates an ironic background, recasting the two as a calm parent and a headstrong child. The film ends with an emotional sucker punch, convincing but unexpectedly draining. It's the highlight of the program and a great example of the sheer emotional power a talented filmmaker and cast can put into a mere twenty minutes.

Jump to comments
« A Futile and Stupid Gesture Explores the Heyday of National Lampoon Founder Doug Kenney   |   In A Fantastic Woman, Daniela Vega Proves to Be Just That »