The Afterlife of Ghost Kitchens 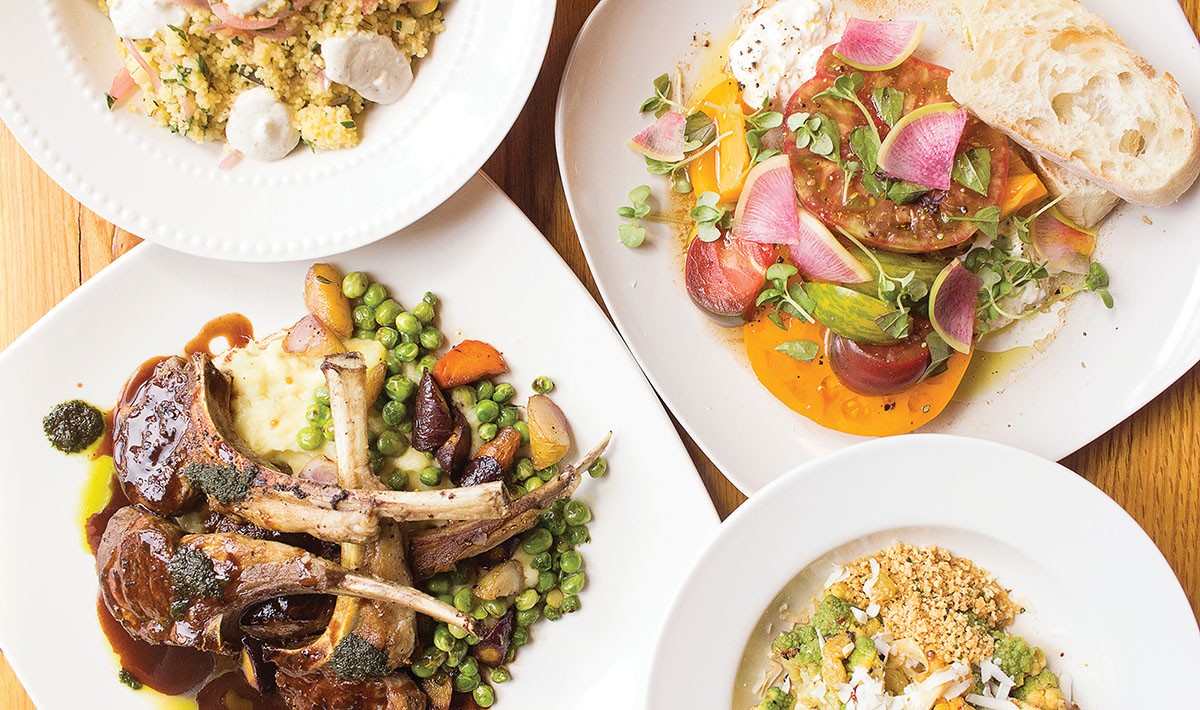 Restaurants built on a foundation of sit-down dining and attentive, in-person service were forced shift strategies when the pandemic closed down dining rooms. MABEL SUEN

MADYSON DIXON
MrBeast Burger is part of the wave of corporate ghost kitchens.

For some, a ghost kitchen idea was the next thing. Chris Kelling and Adam Altnether, co-owners of Elmwood in Maplewood, faced a lot of the same challenges as Polite Society and Bellwether. An upscale modern restaurant, Elmwood was built around a model of comfortable, elegantly prepared dishes to be enjoyed under the low lights of its stylish dining room. But when the pandemic hit, Kelling and Altnether made a quick turn to a takeout pizza joint. Kelling says that Pizza Champ had been a concept in their back pocket for a while, and it fit the need for something more accessible for carryout service. With lockdown mandates in place, it seemed like the perfect time to try it out. Kelling calls it their "pandemic pivot," which not only allowed them to stay busy but also offered customers a more budget-friendly menu. The idea took off. Most nights, the side street next to the restaurant was lined with customers waiting in their cars for pizzas.

From the start, Kelling says, their ultimate hope was to eventually move Pizza Champ to its own spot as a more casual eatery. That's now expected to happen. After operating solely as a takeout spot for more than a year, Elmwood has slowly begun to reopen for in-person dining — and Pizza Champ is set to become a standalone restaurant in the new year. "We're very fortunate to have created a long list of new regulars over the past year ordering pizza that we never saw at the restaurant," Kelling says. "It's really opened a whole new portal to new guests which is great." Going casual has been a popular move during the pandemic. Restaurants needed dishes that were affordable, but also rugged enough to survive takeout containers and the travel from kitchen to home. Like Elmwood with Pizza Champ, Revel Kitchen found success in its pandemic plunge into carryout pizza with Motortown Pizza in Brentwood. Co-owner Angelica Lusky says they're planning to expand Revel and their ghost kitchen concepts with another location soon in Kirkwood. But rather than opening a second Motortown, Lusky says they'll consider other ghost kitchen ideas. "There's a lot of pizza here [in Kirkwood] already so we just want to fill a void," says Lusky. "Whatever that might be, we just want to go by whatever need is in the area."

There's a spirit of perseverance in the ghost kitchens around St. Louis — a sense of local restaurateurs scrambling and succeeding against the odds. But the strategy has attracted large national players as well. The pandemic has forced even chain restaurants, not exactly known for their nimbleness, to deviate from the norm to keep up. One of the corporate players, Virtual Dining Concepts, has found spots in the empty or underused kitchens of chain restaurants to allow celebrities, such as Tyga and famous YouTuber, MrBeast, to test out their recipes.

Brio's Tuscan Grille in Plaza Frontenac, for instance, works with Virtual Dining Concepts and is home to four separate ghost kitchens. Inside the Tuscan-styled dining room, tables are set with white linen cloth. Entering to pick up an order of burger and fries can feel a bit like maybe the GPS got the directions wrong, but the mix of cultures is part of the arrangement these days. A choice of flavors for drummies at Wing Squad, burgers from MrBeast Burger, five different cookies from Mariah's Cookies, and Guy Fieri's Flavortown all reside in Brio's kitchen. The dining room, which is now seating guests to dine on Brio's menu, remains calm with classical music playing ambiently over the speakers while carryout customers pick up jalapeno poppers to go.

MADYSON DIXON
Sub Division found its own place in the City Foundry.

It's still too early to tell how many ghost kitchen ideas will last beyond the pandemic, and which will disappear in the swirl of time. However, the successful transition from ghost kitchen to real-life restaurant for places such as Pizza Champ and Revel Kitchen's forthcoming Kirkwood spot hint at the long-term changes that lockdown experimentation is already making on St. Louis' dining scene. In Lafayette Square, Polite Society and the Bellwether are once again taking reservations and serving guests — a return to what the two restaurants do best. Even now, walking through a dining room that appears much more like it did before the pandemic, Schmitz looks forward to the possibilities that ghost kitchens bring to the restaurant industry, proving that this is one outgrowth of the crisis that he and his fellow restaurant owners are likely to continue to embrace.

And he was right about a future for Sub Division, the sandwich shop they cooked up in those early days of pandemic desperation. The now-former ghost kitchen has a permanent spot in the bustling food hall of The Foundry. On a recent Thursday, people wander through the massive space, deciding which of the 13 restaurants to choose. Sub Division sits comfortably right in the heart of it. Although Sub Division is significantly more casual than Polite Society and the Bellwether, remnants of the upscale can still be found in the sleek and modern design of the new restaurant's menu and signage.

"We have a love for the food industry and the business, and we hope that maybe this is the beginning," Schmitz says. "We're just really excited and curious to see where the world takes us."