The Boss Succeeds Almost Entirely Thanks to Melissa McCarthy 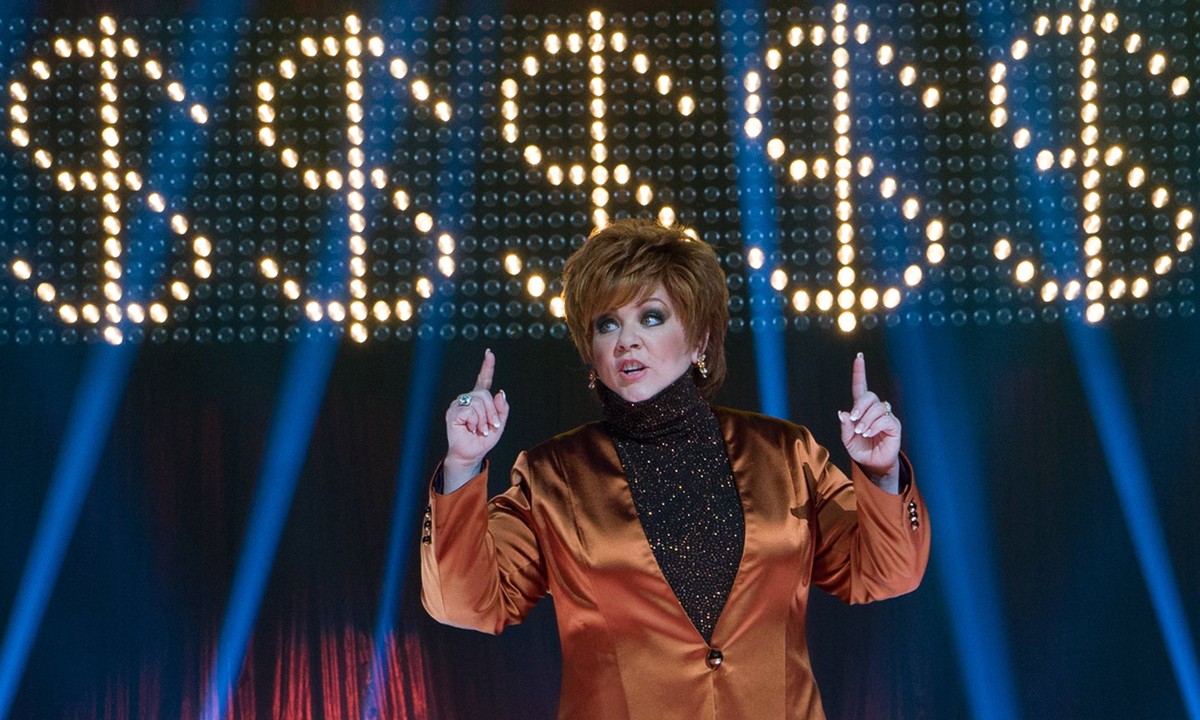 "Come on, Agnes, families are for suckers," a young Michelle Darnell tells her guardian nun at the children's home, just before the film cuts to a grown Darnell descending from the ceiling on a golden eagle. In The Boss, Melissa McCarthy plays a lady wolf on Wall Street in a gender-swapped world where women outnumber men in the upper echelons of the business world.

Darnell, "the 47th wealthiest woman in the world," has a habit of cutting and burning whoever takes a liking to her. One spurned lover-turned-stalker, known only as "Renault" (or "Ron," played by Peter Dinklage), takes his vengeance by outing Darnell for insider trading. After five months in jail, Darnell finds herself homeless and friendless.

The Boss is a bizarre (though enjoyable) film that wanders between family and romantic comedy, but succeeds mostly because of McCarthy's performance and a few marvelous scenes. This is McCarthy's second cinematic venture with her husband Ben Falcone (who also directs), and it's certainly better than the last (Tammy).

Darnell's former assistant, Claire (Kristen Bell), has a kind-hearted daughter, Rachel (Ella Anderson), who guilts her mother into taking in Darnell after she's released from prison. Darnell attends a Dandelions meeting, which is a marginally-fictionalized version of the Girl Scouts. When Darnell starts a competing for-profit brownie company ("Darnell's Darlings") with Claire as a partner, corporate sabotage (via Renault) and family bonding (via Claire and Rachel) ensue. But only after Darnell declares war against the Dandelion troupe. 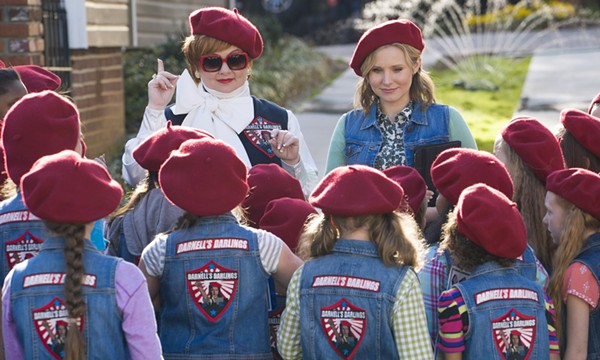 (c) UNIVERSAL PICTURES
The film's fight scene, featuring McCarthy and a faux Girl Scout troupe, is hilarious
This altercation results in one of the most glorious fight scenes I have ever witnessed on a screen. An army of vaguely Communist-styled brownie saleswomen challenge the Dandelions' turf. Dozens of tween girls charge each other; roundhouse kicks fly. One kid rips out a six-inch knife and slices away another's pony tail. Darnell stuffs cookies down the Dandelion leader's pants. Around them, cars catch fire.

The movie reaches its heights in moments like this, which possess an almost Hangover-like surrealism. But the film is hampered by a slipshod second half and less-fabulous supporting characters, through no fault of the actors. Everyone except Darnell is just sadly under-written. Bell's "Sassy Claire" is almost too much of a straight-man to Darnell's zaniness. Claire's eventual boyfriend, besides not being funny, feels arbitrary and extraneous, as if he mostly exists to prevent the lesbian jokes between Darnell and Claire from ringing a little too true. And Renault, the villain of the hour, walks the line between hilarious and creepy in a way that sometimes loses sight of the humor.

But mostly The Boss suffers from the dissonance between script and theme. The film plays just enough with a political message of female empowerment that the jokes making fun of successful women, sexual harassment, lesbianism and traditional femininity feel uncomfortably contrary to the narrative. Where The Boss could embrace a total disregard for propriety, it sometimes hedges and lands on an awkward middle ground between "PC" and "Donald Trump." And it doesn't help that the final third of the film -- with its bad dick jokes, confused pacing, and last-minute plot reveals -- is a bid unsteady.

But despite the lagging side characters and occasional moments of un-funny discomfort, the film remains engaging because of McCarthy's performance.