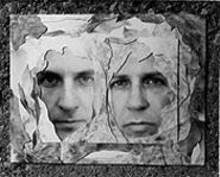 The Frogs are dizzying and confusing, clever and chaotic, hilarious and, to literal-minded PC freaks, stomach- churning. There's no line they will not cross, and so messy are their messages that at some point you will hate them (unless, God forbid, you agree with the literal message). Seems all they think about is sex, and they've got potty brains. They ridicule gays and straights, dabble in racism and S&M, sing the praises of golden showers and doing it with street bums. They sing of any kind of abuse you'd never want to imagine, and some you couldn't possibly. They will probably at some point give you the willies, make you cringe and feel very, very guilty for listening to their music.

Are they gay? Are they straight? Are they haters or master parodists? Are they smart or dumb? If they're smart, why did they flub their big chance at stardom (they toured with both Pearl Jam and the Smashing Pumpkins during the '90s heyday and took more than their share of opening-band crowd abuse)? But did they ever want to be famous? And if they're dumb, why is the following line so funny? "The light fell upon my penis and in the distance a sailboat swam away and cried. I lie on the beach and lie to myself that you loved me. The seagulls were no comfort." Or is it funny? Is it stupid, and, if so, how can it also be so heartbreaking?

So many questions, so few answers -- which is, perhaps, where their brilliance lies. Somehow the Frogs, who are brothers Jimmy and Dennis Flemion, manage to paint everything gray, black and blue. Their sparse music, consisting mainly of guitar and keyboards, measures out pretty melodies while Jimmy, in an annoying and effeminate voice, whispers horrifying yet poetic lines about the aforementioned topics. Their most recent album, Bananimals (4 Alarm Records), contains everything that makes the Frogs interesting/despicable: misanthropy, homophobia masquerading as homo-glorification (or vice versa), abusiveness and so on. The confusing/hilarious/disturbing pop song "I'm Back to Women" contains all of the above. In the song, Jimmy -- who's a master of semi-straight-faced drama -- shamefully announces, "I'm about to take a big fat fall/As you know, I'm back to women/I couldn't keep it up/They changed my mind/And now I'm spitting out fire from my balls/I've got a new way of thinking/I know it's screwed up/But I'm back to women."

Their first release, It's Only Right and Natural, came out in 1989; on the first few listens, it was hard to stomach; the entire record consists of two men seemingly poking fun at every gay-oriented topic in the lexicon. But slowly, everything turns gray and one begins to wonder whether the Frogs are gay (when the record was released, it was promoted as "the first gay supremacist record"). And if so, does this suspicion then make the gay-bashing more acceptable? It's OK to bash if you're a member of the group being bashed? What makes this so?

Since then they've followed their penises wherever they've led, even when it's the dangerous, seemingly absolutely unfunny topic of race relations. Their mid-'90s record Racially Yours is said to be so offensive and "dangerous" that it has yet to be released (perhaps even more dangerous because we know they're not black; we don't know whether they're gay).

The Frogs. Phew. Who'd have thought that songs about spitting fire from orifices could be so complex?