The menu is about as spare and simple as Neapolitan pizza itself, and this impossible-to-impress “pie-hard” had to go straight for the classic Margherita D.O.P. pizza. The crust is typical of the genre — thin in the center with a raised, tender edge speckled with characteristic char blisters. Though the black marks are a necessity of the style, some of our pies may have stayed in the wood-burning oven too long — twice we received crusts covered with golf-ball-sized eruptions that made the whole thing bitter. The sauce — traditionally nothing more than crushed San Marzano tomatoes, salt and olive oil — was beautiful in its sweet-tart simplicity. However, I had mixed emotions about the cheese. Randolph’s source is Colombia-based Annabella Buffalo Cheeses, which makes its mozzarella from free-roaming, grass-fed buffalo. However, I found myself questioning whether it was actually buffalo mozzarella. Unlike the wetter buffalo mozzarella that nearly liquefies when heated, this was rather firm. It had a nice, mild earthy flavor, but I could have used a little more ooze.

Photos by Jennifer Silverberg for the Riverfront Times.
Scroll down to view images 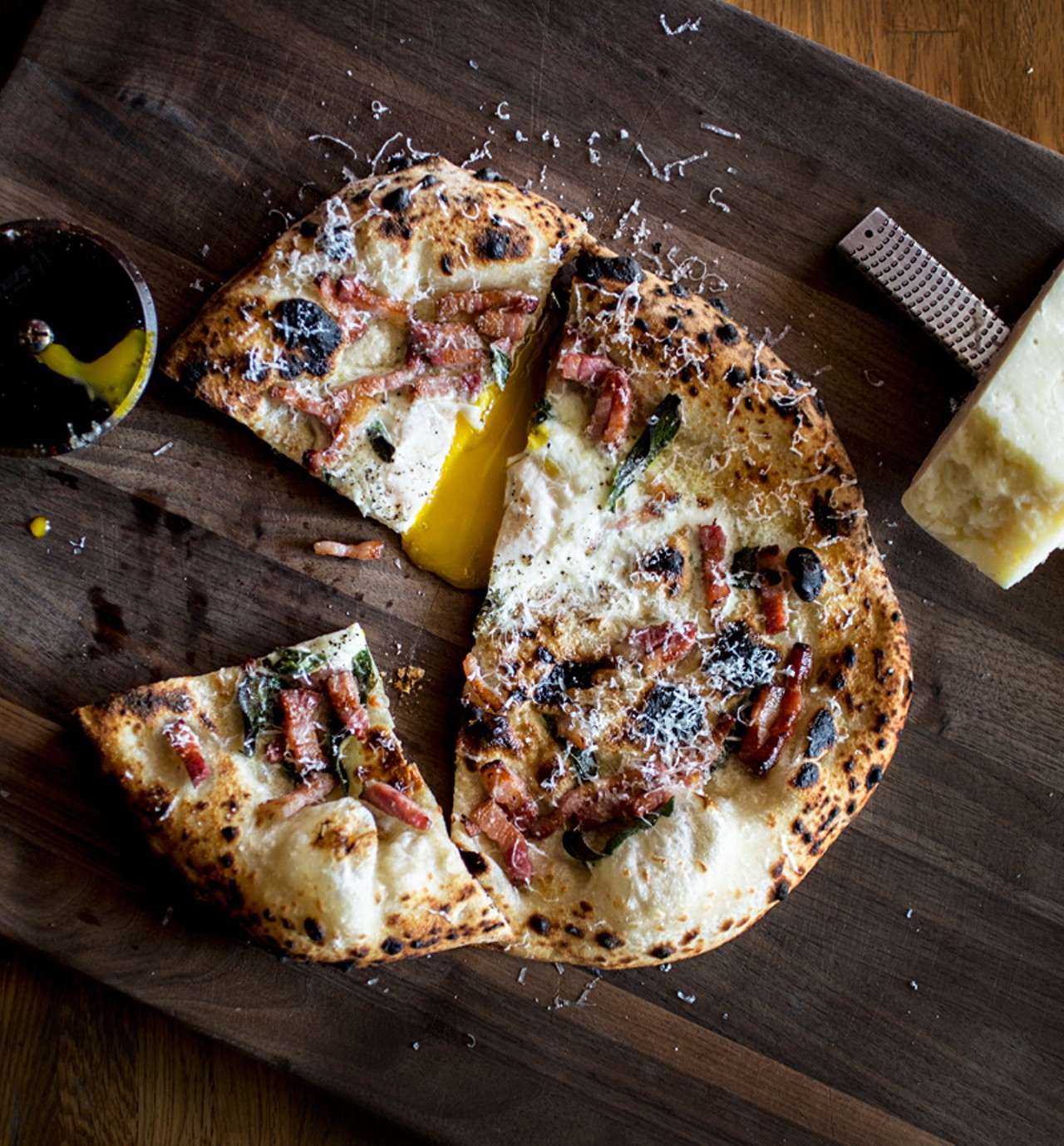 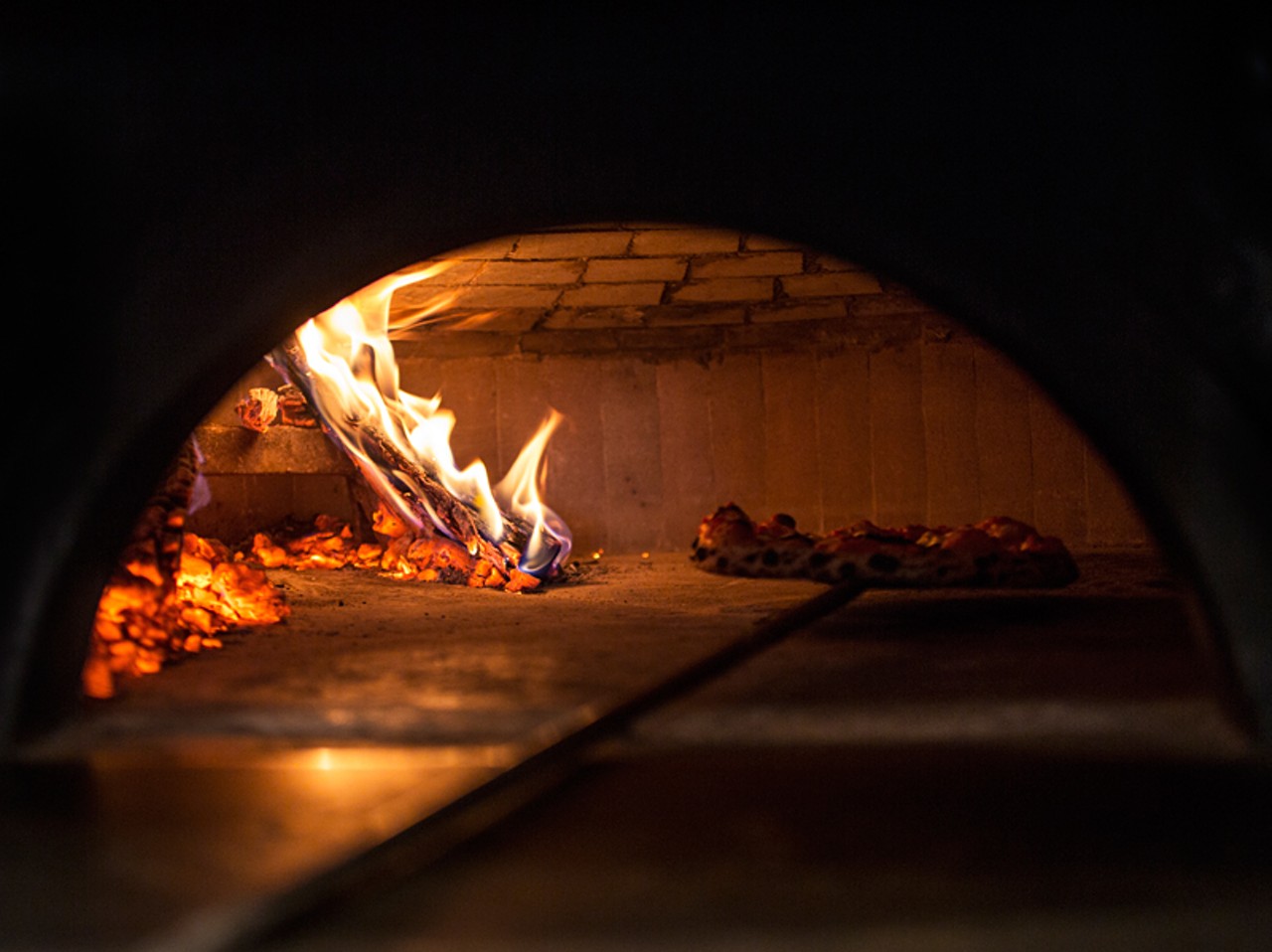 Inside the brick pizza oven at the Good Pie. 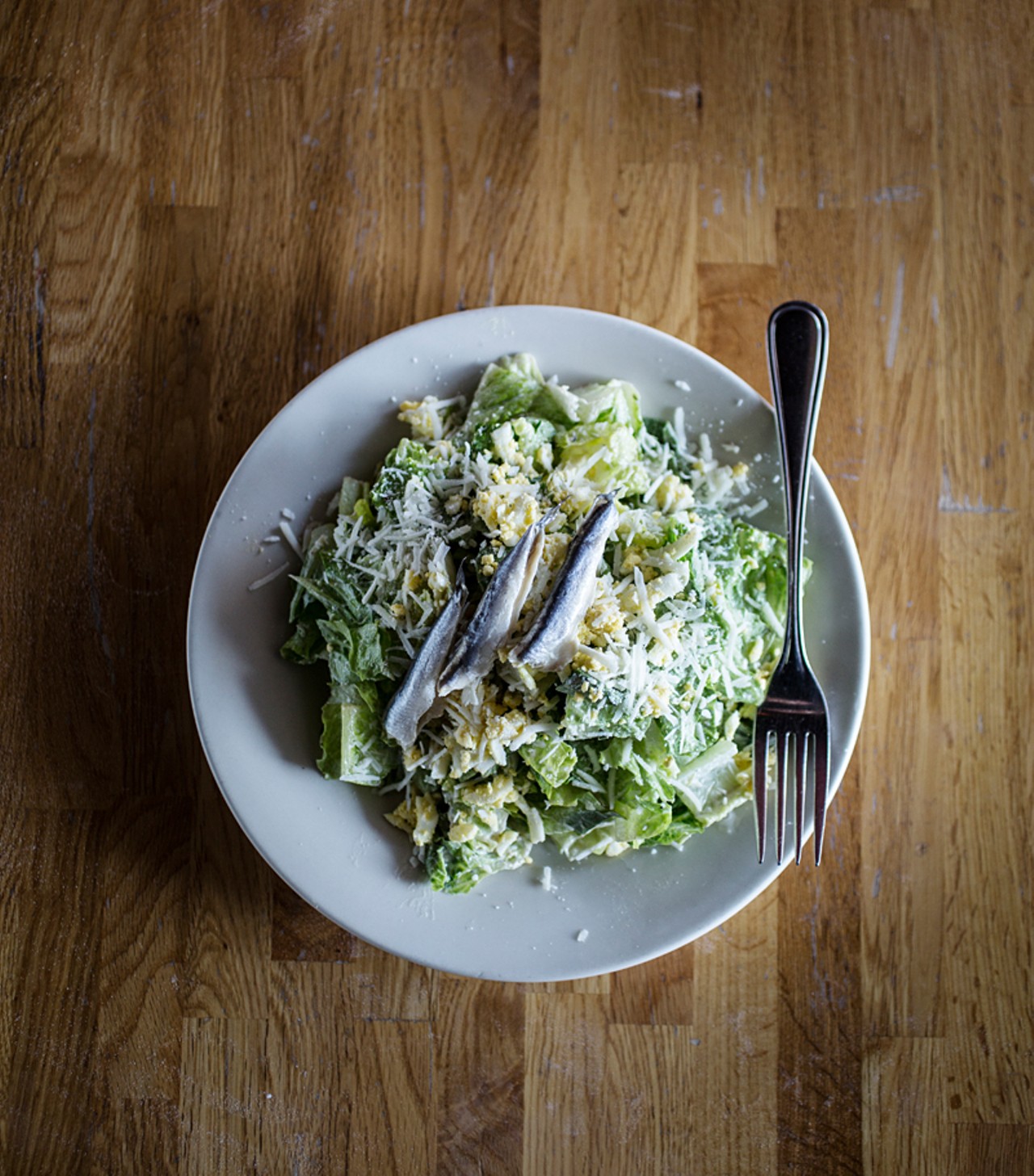 The Caesar salad is made with egg and parmigiano, and it has the additional option of anchovy.