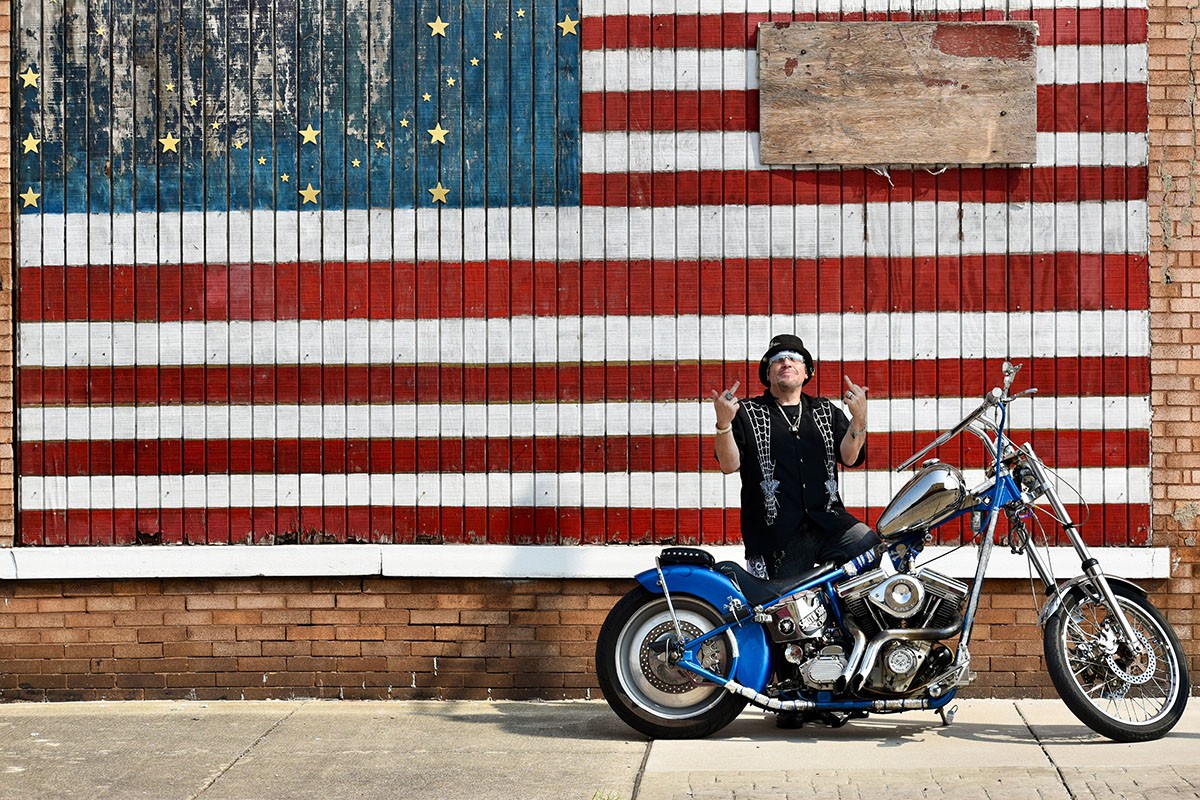 So I tracked down the man himself at a biker rally in High Ridge, Missouri, where his band Southside 5 was performing. I approached Stump just before he took the stage and informed him about the photo, to which he replied, "You mean to tell me there is a photo of me hosing down babes at a wet T-shirt contest hanging up in an art gallery?" I happily confirmed.

Quite a few Mike's Hard Lemonades later, Stump opened up about his world of outlaw bikers and rock & roll. For the past six months, Stump has let me document his performances, recounted bits and pieces of his life, and ultimately gave his side of the story about the Riverport Riot. So much media attention regarding the event focused on Axl Rose and Guns N' Roses, yet Stump's story is arguably just as interesting. From owning a fleet of limos to falling out of a hot-air balloon, from hosting Bible studies to spending decades photographing rock concerts, Stump has lived several lifetimes. 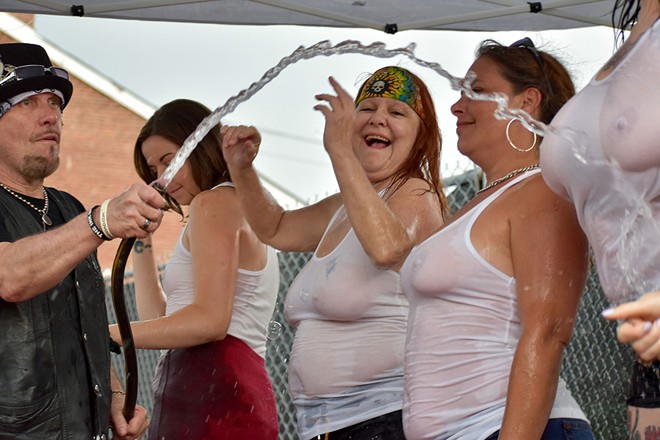 So, with help from my stepbrother and lifelong southsider Sam Burke, I've compiled photos and interviews detailing Stump's life in south city, his version of the Riverport Riot and how that fateful event still affects him 30 years later.

Sam Burke: Where on the south side did you grow up?

Stump: I was born at the old St. Anthony's hospital, and I have lived all over the state streets. From Cherokee to River Des Peres, I've probably lived on twenty different places all over the south side.

How did growing up on the south side influence your upbringing?

We're a little more rough-edged than the county people like Ladue or wherever. Ya gotta be a little more rough out here. Cherokee and Broadway were some wild places then. Thankfully I have plenty of friends and family all based here, and we all look out for each other. We still had to do what we could to survive, though. If anybody knows anything about St. Louis back in the day, they knew "Concert Don" was the dude. He was a scalper, and I bought my first concert ticket from him, front row for Kiss. I mowed lawns all summer just to buy it. I was only thirteen at the time, and got hooked on rock & roll from then on. A few years later I came out of a Journey concert and saw Concert Don hanging out, and wondered why he was still camping out. Don told me, "How do you think I get all of those front-row tickets?'" Which I replied, "I'll be right back!" From then on I was scalping tickets until computers came along. We would change out hats and disguises; it worked out great. I did get busted, though, by a cop in a KSHE shirt. I came across him again later on and yelled to everyone, "That dude's a cop!" and I never saw him down there again. These were all harmless things we had to do on the south side to make do. I call myself a "fair thug" — wouldn't do anything to hurt anybody.

So much of St. Louis is represented in your home. I noticed some old Busch Stadium chairs and other memorabilia in your backyard. What's the story behind that?

Oh yeah I have so much, mostly from whenever those places got knocked down. I also got AstroTurf from the '82 World Series. I jumped off that wall and with a buck knife carved a big ol' piece of that thing and put it right in my backyard. It was much different back then. Do you remember the Super Jam events they used to put on? Back at them old crazy Super Jam events dudes would just be up there with rope tied together, drop that shit down and pull you up.

What got you involved with the Saddle Tramps?

I graduated high school in '84, and I knew I wanted to be a Saddle Tramp of a rock star. Outlaw rock & roll biker, that is my goal. My family has been in the club forever. There's a lot of politics involved — once you put that patch on your back, you're representing 60 years of integrity. Contrary to all of the "Sons of Malarkey" stuff you see on TV, there is so much good we do. You never hear about our Toys for Tots rides, but once someone gets a DUI or gets in trouble with the law, it's all over the news. In the last ten years or so motorcycles have also become a fashion thing. You see businessmen are riding Harleys; it's not a dangerous outlaw thing anymore. It makes me wanna get a suit and a briefcase, you know, the whole nerd pack, just to do something different. It's funny because I'm considered an older dude now. I don't like it! I don't like sitting at the end of the bar, man. I'm a ruffian and a knucklehead, you'll see!