The Scorch Trials Is a Post-Apocalyptic Teen Film That Fizzles 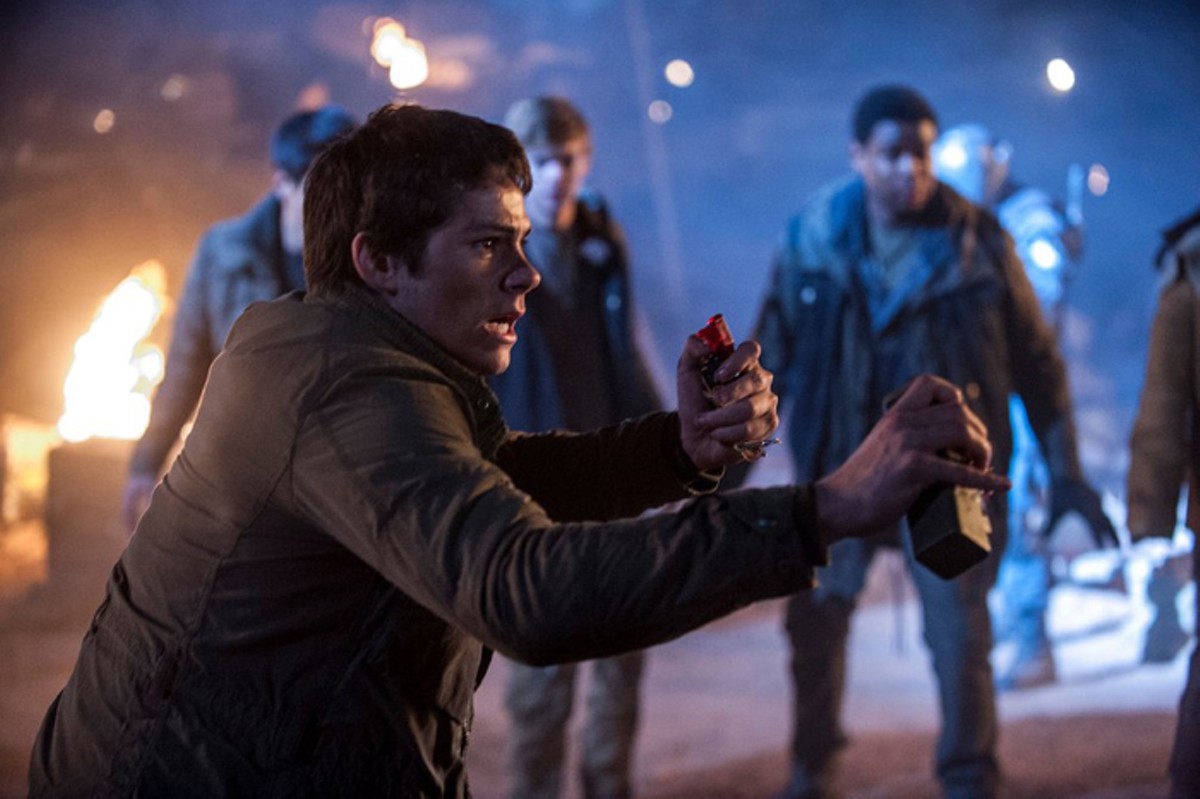 There was one thing about The Maze Runner that was ever-so-slightly original: the enormous and mysterious Maze that its cast of Lord of the Flies refugees was imprisoned in. It was a little bit of something fresh in a movie industry that lives off regurgitating everything that's come before. But even here, you had to squint not to see the shades of Lost and The Hunger Games and half a dozen other better iterations of similar ideas.

Now, in its sequel The Scorch Trials, we don't even have this to cling to. The Maze has been left behind, our young heroes having escaped from it at the end of the first film to discover a world ravaged by disease and disaster. And now they're traveling across that dying world...and it is a place indistinguishable from countless other post-apocalyptic-movies realms. This isn't simply a generic afterscape: It's every sci-fi afterscape.

The apocalypses have been piled on here. There was, we're told, a "solar storm" that created "the Scorch," a newly desertified environment where skyscrapers are crumbling amidst sand dunes. But there are also rage zombies, or "Cranks," who are infected with a virus called "the Flare." There's also killer lightning, because why not? And there's nasty alien-looking plant life, because once you escape from one horror, there's gotta be something else lurking around the corner, or down the sewer.

But never fear! There's a rumored resistance, "the Right Arm," hiding in the hills somewhere. If only these kids can make it through the abandoned shopping mall, then through the steampunk camp of ragtag mercenaries, and then through the end-of-the-world rave where the drugs make everyone forget it's the end of the world.

The conceit of having all the story's central characters suffering from induced amnesia — this was apparently part of the experimentation they were undergoing in the Maze — jumps to the fore as a narrative cheat, where so much of the "mystery" relies on characters not knowing basic information about their world.

We're supposed to care deeply about the confusion of teen Thomas (Dylan O'Brien) as he tries to figure out just what the hell is going on. I imagine this was conceived as something that would make us sympathetic to him, as he slowly discovers the Truth about the world at the same time we do, but it only serves to distance us. Thomas' world doesn't make a whole lot of sense, and we don't have anyone whose experience of living in it and accepting it for what it is can help us with that.

And while it might be a pleasure to see so many really good grownup actors making appearances — Aidan Gillen, Patricia Clarkson, Giancarlo Esposito, Barry Pepper, Lili Taylor, Alan Tudyk — they mostly inspire us to wonder what they, as actors, are doing here at all. What did they see in these generic roles? Most of them barely get what amounts to a cameo, and they're gone before we get any opportunity to get inside their heads. This is a lousy way to tell a story, even if you're sympathetic to the undercurrent motif of "Hey! All the grownups know what's going on, and none of the kids do! The adults are keeping secrets! Don't trust grownups!"

With two more movies to go in this franchise, this iteration of that theme is already treading water. We still don't know what the purpose of the Maze was, or why it was populated only with boys, or how induced amnesia could possibly have aided with whatever "experimentation" was going on in the Maze. If these questions haven't been forgotten, there's no evidence of that here. The Scorch Trials just asks new questions, but this time, they're not even as mildly compelling.