The St. Louis Anthology Tells the City's Story, Warts and All 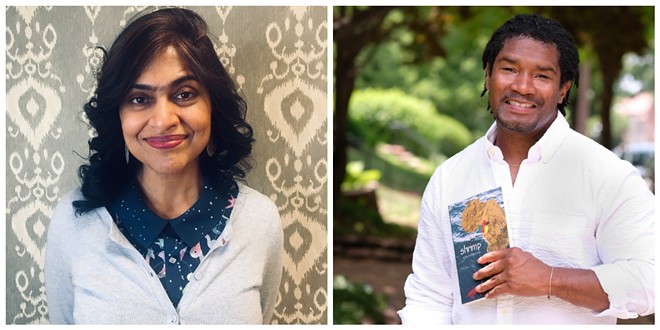 Ryan Schuessler didn’t set out to edit an anthology. Instead, it was the byproduct of a bit of defensiveness toward his hometown.

“I wrote for Belt Publishing’s magazine a couple years ago,” Schuessler explains. “Belt has a city anthology series, and out of curiosity I asked why they didn’t do a St. Louis one, and they said they hadn’t found an editor. That started the conversation.”

Schuessler is a Chicago-based freelance journalist whose work has been in The Guardian and the St. Louis Beacon, but he grew up in Kirkwood. As a kid, he followed the standard progression of going to the city to visit the Delmar Loop, see shows at the Fox and go to Cardinals games, which he confesses yields a very narrow view of the city proper.

The St. Louis Anthology is divided into three different sections (“History,” “Memories” and “Realities”) and features poetry as well as prose. Contributors run the gamut from St. Louis lifers to transplants to immigrants, and the book reflects that wealth of experiences and voices.

Schuessler of course is proud of every contribution — “I’d say all of it is the best, but that’s cheating” — but when pressed, he will admit that a few stories left a deeper impact.

“The Shimamoto brothers’ contribution stands out,” he says, referring to Ed, Dave and Dick Shimamoto’s history of their parents’ drive to create the Japanese Garden and Festival at the Missouri Botanical Garden. It was a way to celebrate their culture and offer a very public thank-you gift to the city that became their home following their release from the Japanese internment camp after World War II.

That’s not all. “I love Vivian Gibson’s ‘Sun Up to Sundown,’” Schuessler raves. “She’s in her 70s and never been published before, but she’s working on her memoirs.” Gibson’s story recounts her childhood memories of her grandmother, who worked as a housekeeper for a wealthy white family in an unnamed suburb. It touches on poverty and the “sundown” laws that kept black people out of entire swaths of the county after dark.

“The poems by Maja Sadikovic, about the Bosnian immigrant experience and the trauma that inspired it, are also very moving,” Schuessler concludes.

“I think everybody in St. Louis lives in their own silos because it’s still such a segregated city,” Schuessler muses. “There are so many versions of St. Louis that we probably wouldn’t recognize the city if we put them all together.”

And yet The St. Louis Anthology does put all those different cities in one place. As you read these stories, all of these “foreign” St. Louises come into focus. That includes a piece originally published in the RFT by Robert Langellier, telling the story of Syrian refugees’ tough adjustment to St. Louis, as well as occasional RFT contributors Caitlin Lee and Clark Randall’s “Inside the Rent Strike of 1969,” which brings to light a mostly forgotten slice of still-recent history. Meanwhile, Ibro Suljics’ heartbreaking poem, “Dear Father,” shows how the immigrant experience can break a family even as it gives the next generation a new life. This city riven by politics, money, geography, perceived class, it’s all of ours and it is reflected, warts and all, in The St. Louis Anthology.

Schuessler claims he didn’t aim toward that point, that the only purpose was to get a wide range of voices writing on the topic of St. Louis. “Retaining those voices was what I wanted to do. I only edited for consistency, punctuation and clarity.”

Schuessler and several contributing writers will read from the anthology and perform at 7 p.m. Friday, June 14, at Earthbound Beer (2724 Cherokee Street; www.left-bank.com). Admission is free.