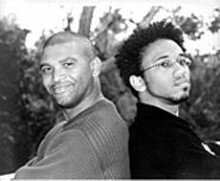 Wednesday, August 4 Twenty years ago, if someone said the city was showing an Eddie Murphy movie in Kiener Plaza (Seventh and Market streets; 314-436-6500) at 8:45 p.m., well, you'd'a called that person crazy. Eddie was raunchy back then, and people didn't go downtown in the evenings. But in 2004, with that whole River Splash/Eats Bridge thing, the city of St. Louis is receiving nocturnal visitors once again. Off the Wall Wednesdays, the Parks and Recreation Department's weekly movie series, gives you one more reason to check out what the city's like after twilight. Starting at 7 p.m., Kiener comes alive with family-style shenanigans. The Rec on Wheels RV provides games, concessions are available, and Eddie's semi-successful family comedy Daddy Day Care caps off the evening's entertainment. All for free, all in your new downtown St. Louis.

"Baseball's the game with no clock," noted baseball scholar Charles Einstein, but it seems the clock has run out on the Montreal Expos. Rumors have been flying that the team, the only one owned by Major League Baseball, is leaving the Great White North for Washington, D.C., at the end of the season. The 7:10 p.m. game (Busch Stadium, Broadway and Walnut streets; 314-421-2400) against the Cardinals is the last time the Expos as we know them will play in Baseball Heaven. Before dismissing the 'Pos, take a moment to remember them as they were; after all, Pete Rose's 4,000th career hit came while he was an Expo, and former Cardinal Andres Galarraga ("The Big Cat") once wore the red, white and blue of Montreal. Expo pride, baby. Tickets are $9 to $55.

Birth of a Nation, the graphic novel that satirizes the 2000 presidential election by recasting the events in East St. Louis (see the July 14 issue of the RFT for Randall Roberts' in-depth peek into the background of the book's creation), is finally on the streets. Director Reginald Hudlin, who wrote the script for the book with Aaron McGruder (creator of the comic strip Boondocks), appears at Left Bank Books (399 North Euclid Avenue; 314-367-6731) for a 7 p.m. discussion of the finished project. And yes, if you love your political satire trenchant, genuinely funny and always just this side of unbelievable, Birth of a Nation is absolutely worth the $25 hardcover price. Hudlin's autograph might make the book more eBay-able, but you're not going to part with it once you've read it.

Today is the last day of your life. Well, that's not really true, but it is the last day of Schlafly's Schlaffenfest (not to be confused with Strassenfest, covered in John Goddard's "Wild in der Strasse"). It's no secret that the fests' names are similar and that both celebrations involve beer, but Schlaffenfest is indoors, which makes a keg tap's worth of difference. Stop by the Schlafly Tap Room (2100 Locust Street; 314-241-2337) Friday and Saturday, August 6 and 7, and feel the air conditioning. You'll be glad you did. And while you're at it, try out some German food, if you're not too full of bratwurst and Wienerschnitzel from the other German party. Take note: You have to get your fill of the real German beer all the way downtown -- but Schlafly does make some excellent German-style beer.

Who among us doesn't love Dick Van Dyke's quaintness and his practiced (albeit rough) Cockney accent in Mary Poppins? If you don't, you should lighten up. Seriously, what a charming guy! He sang fun songs, and he drew all those beautiful chalk pictures. This weekend's your chance to perhaps see a real-life artistic chimney sweep at the Highland Street Art Festival in downtown Highland, Illinois. At this fundraiser to improve the local downtown square, artists get together with their chalk, pastels and tempura paints to make canvases out of the pavement on Saturday and Sunday, August 7 and 8. Sorry kids, you can't jump in these artworks for a magical adventure, but the festival boasts a children's corner just for you. And just like at any street party, entertainment and food vendors are present -- we know how everyone likes the fest food. For more info visit www.highlandillinois.com or call the Highland Chamber of Commerce at 618-654-3721.

If you missed the 48 Hour Film Festival back in May, you'll get a second chance to see the best of the best at Frederick's Music Lounge (4454 Chippewa Street; 314-351-5711). Well, the best script anyway. This month's installment of the St. Louis Movie Lounge features a short by Thadius Pictures, the team that won the Best Script award at the 48HFF. Other gems in the program's crown include shorts by Stabsteer Productions and DreamWelder Productions, and the premiere of Wolfgang Lehmkuhl's tribute to the horror films of the Silent Age, which happens to be the local director's first feature-length effort. As always the free show starts at 7 p.m. and runs past midnight, which means it's bulging with all the goodness the St. Louis filmmaking community has to offer.

Regular people don't carry around a lot of knowledge about the Ottoman Empire (and by regular we mean normal, not like bathroom regular -- gross). Anyway, we do know that these people in the Near East liked to relax and take a load off, you know, on their ottomans. (We have Seinfeld to thank for that one.) But really, what else is known? The Saint Louis Art Museum in Forest Park can answer that question, because it is showing Ottoman Embroideries from the Collection through February 27, 2005. Check out these intricately detailed and brightly colored textile works from the eighteenth and nineteenth centuries any day but Monday (the museum's closed then). Call 314-721-0072 or visit www.slam.org for hours and more info about the free exhibit (on view in the Carolyn C. and William A. McDonnell Textile Gallery [100]), and visit the exhibit for more info about those Ottomans. Don't you want to know what inspired your new cushy coffee table/footrest?