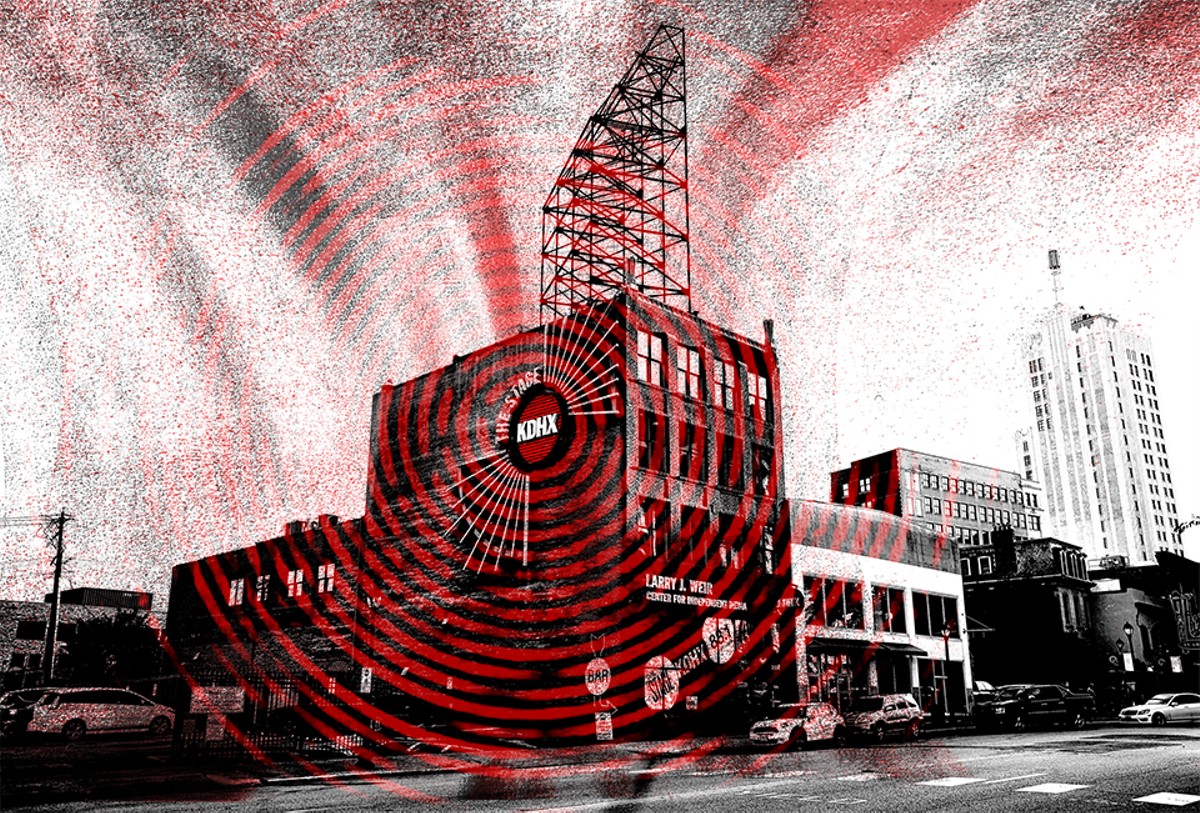 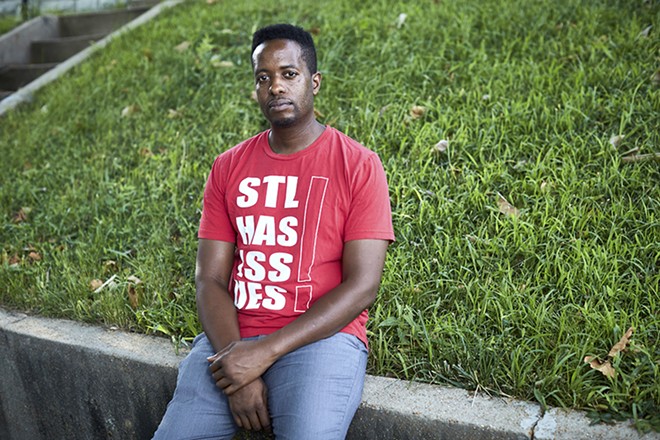 THEO WELLING
Darian Wigfall says he spent nearly a year asking for diversity training at KDHX. He was fired a week before it was held.

Darian Wigfall felt his first real discomfort with KDHX in October 2017, just a few months after he was hired as its event coordinator. He and a volunteer were in the station's air room when they noticed that the Black Lives Matter sign that had hung there for years had been defaced, with black paper covering the "V" so that it read "Black Lies Matter."

Wigfall has been involved in the protest movement for years, and says the sentiment made him feel unsafe.

"If there's a volunteer there that thinks that, number one, that's terrible," Wigfalls explains. "But also because of my association with the movement, if they were to find that out, I don't know how they would feel about me being a DJ and being employed and stuff like that. The fact that they took the time out of their day to cut a piece of paper out that was the exact size of the 'V' and tape it on the sign means that's escalated beyond just a belief. They want to show they believe that."

Wigfall approached Wells and his then-immediate supervisor to report the incident. He claims they laughed the matter off, with Wells even saying that she bet she knew who did it.

"That's not funny to me at all, but I was so shocked I didn't know what to say," Wigfall says. "So I just kind of let it go." The incident, and Wigfall's claims about the way Wells handled it, are now detailed in the anonymous letter.

About a week later, Wigfall says he suggested to Wells that the station go through anti-bias, anti-racist training, which he says Wells agreed was a good idea. But Wigfall says Wells didn't pursue the matter.

Station management finally set up some training in September 2018 — but that meeting was concerned with "professional principles" and made no reference to racism or bias. Additionally, the only staffers invited to the meeting were Townsend, Saputo and Wigfall — the station's sole black staffers — and their immediate supervisors: Chief Engagement Officer Jennifer Dunn Stewart, who'd been hired in June 2018, and Chief Media Officer Ronnie Wisdom.

Wells sent the group an email, obtained by the RFT, after the meeting. "Attached are the KDHX Professional Principles that we talked through this week," she wrote on September 21. "Please use these as a reference and remember that these are non-negotiable principles that we expect you to adhere to as a professional staff person at KDHX."

The outline offers four main points: Be Present, Be Accountable, Be Trustworthy and Be Curious. Specifics include "Be responsible with screen time," "Take immediate responsibility when you mess up" and "Respect the experience, expertise, knowledge and position of your supervisors."

In Wigfall's opinion, the meeting was a condescending waste of time. The fact that only the black staffers and their bosses were in attendance also struck him as problematic.

"That's not professional development; that's not a skill that's gonna make me better at my job. This is work environment stuff," he says. "And even if it's not just bringing the people of color and their direct supervisors into a meeting, that's what the optics is."

Dever says that an independent investigation into Wigfall's claims "painted a more complicated and different picture of the situation than the one described by Darian, and it acknowledged that KDHX has been engaged in Diversity and Inclusion training for longer than Darian understands or admits."

Townsend describes a troubling instance of racial insensitivity that he experienced as well. That incident, which was also outlined in the anonymous letter, involved Dunn Stewart, Townsend's direct supervisor, accusing him of yelling at her and being "verbally abusive" during a December 2018 conversation. Townsend took that as coded language based in racial stereotypes.

"Uh oh, I'm the 'angry black man,'" he reasoned. "I'm being hostile and you're in fear. When she used 'verbally abusive' that was my problem."

One of the bar staffers, Saylor Surkamp, was present for that meeting, and immediately came to Townsend's defense.

Rather than escalate, Townsend opted to remove himself from the situation and walked out of the building. (Surkamp's version of the incident to the RFT mirrors Townsend's.)

In a statement to the RFT, Dunn Stewart points to the same independent investigation that KDHX leadership says cleared the station of Wigfall's claims. "This incident was a culminating event after months of documented behavior," she writes. "The thorough investigation conducted by the external law firm found that, in regards to me, my actions, and my limited supervisory responsibilities, all of the claims made in the anonymous letter were unsubstantiated."

Wells later admonished Townsend for leaving, Townsend says. He replied that he was just protecting himself.

"You know how many black men have been persecuted, arrested and killed because of stuff like that?" he says. "It happens every day."

Townsend points to this incident as the beginning of the end of his employment at KDHX. He was ultimately fired by Wells in April. Surkamp, too, was fired in March, she says.

For Wigfall, the "professional principles" meeting was the last straw. He gave notice that he wanted to quit shortly after, but offered to stick around to train a replacement. According to Wigfall, Wells instead told him his last day should be "tomorrow."

Just a week later, in October 2018, the anti-bias anti-racist training Wigfall had asked for nearly a year before finally took place at the station, led by the National Conference for Community & Justice. Wigfall wasn't around to see how it went.