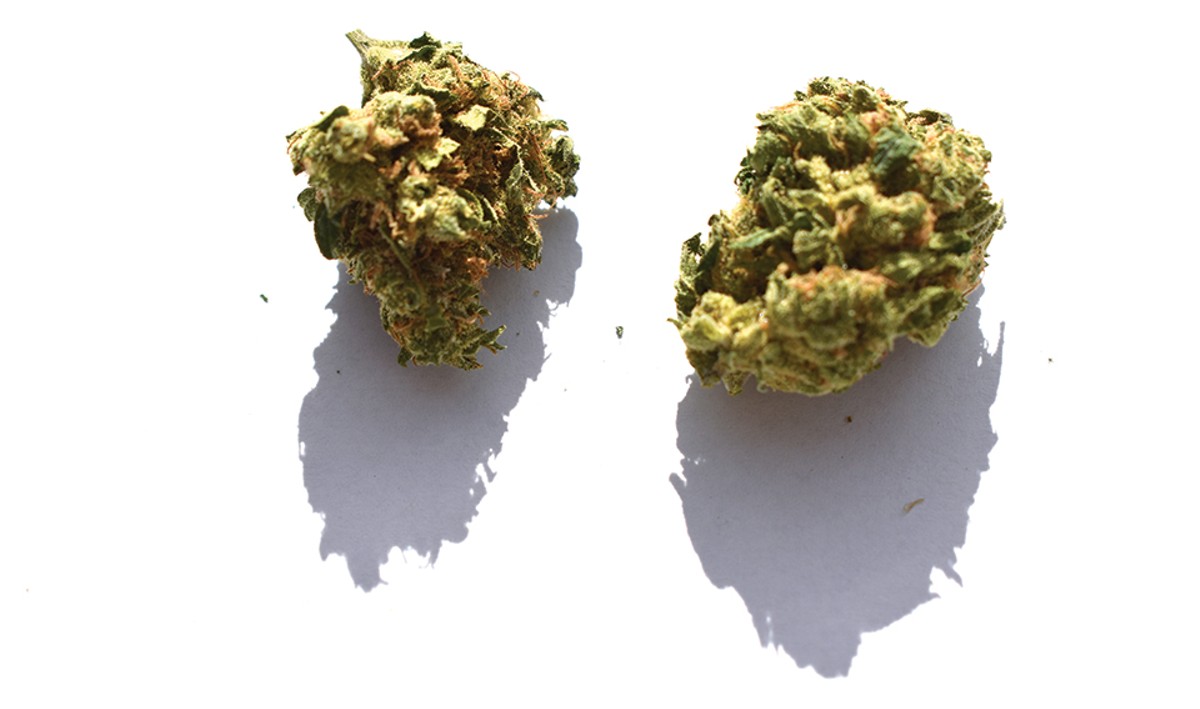 Contrary to the beliefs of some of the more skeptical among us, not every person who uses cannabis is looking to get stoned out of their mind.

In the medical marijuana community — the real one, where real people use weed to assist with real maladies — patients have to walk a tightrope, balancing cannabis' health benefits against its propensity to send its users into outer space. Among this group, a high tolerance is regarded as a gift, one that enables a marijuana consumer to treat what ails them without a debilitating high coming along for the ride.

Check out our Reeferfront Times for more cannabis news and reviews.

And for those who use cannabis to treat pain — present company included — things can be especially tricky. That's because the vast majority of the strains that are most effective at pain management are indica dominants, meaning you're likely to have to deal with couchlock and a serious case of the munchies as side effects of your medication. Oftentimes, when you really have to get some shit done, you're forced to choose between working while hurting or working while you barely have the energy to do anything. It's a no-win situation.

Or is it? Here's where SFV OG comes in.

A sativa-dominant strain that is a phenotype of the famed OG Kush, SFV (or San Fernando Valley) OG is renowned for its ability to provide pain relief without knocking its user flat on their ass. An energizing strain that helps you stay focused while soothing your ailments, SFV OG is so good at what it does that, in 2012, it took home awards in both High Times' Cannabis Cup in Amsterdam as well as the Denver Cannabis Cup.

So naturally, when I saw that Missouri cultivator Illicit Gardens had grown some of the highly regarded strain, I knew I had to try it for myself. I picked up an eighth at Heya Wellness in St. Ann for $56.89 after taxes and was eager to get home and dig in.

Rated at 24.51 percent THC, these buds range in color from a dark hunter green to a keef-frosted light green, with pale to light orange hairs throughout. Upon opening the jar I was met with a grassy, earthy smell with an intriguing sourness to it. On breakup, it was a dry crumble, easily reduced to small pieces and dust, and while it wasn't exactly sticky, it did leave a lot of keef on my fingers, which I then mistakenly used to rub my eyes. (For the record, I do not recommend ingesting cannabis in this way.) On inhale, that sour taste is present but not unpleasant; it's quite distinct and somewhat difficult to pin down, bordering on sweet but not quite getting there, and not fruity or citrusy in the slightest.

As for effects, I'm delighted to report that this stuff delivers on its promise. The strain's energizing effects were the first thing I noticed, with an upper of a head high bringing on a focused state of mind before the body high kicked in and wiped out my chronic pain. I felt none of the under-eye puffiness or fatigue that I might expect from an indica-dominant strain and crucially, none of the couchlock or debilitatingly high feeling. Instead, I was chatty and awake with a bit of euphoria, though it's hard to know for sure whether the latter was due to the strain itself or just my excitement that it did indeed work as advertised. Overall, I found SFV OG to be exactly the type of weed I need to be able to stay alert while treating my pain, and that's certainly something to celebrate.

It's worth noting that I am a person with a fairly high tolerance to cannabis, so your mileage may vary. But for those in search of pain relief without the stoniness, SFV OG may be the one for you too.

As for those stoners seeking pain relief that comes with a trip to outer space? Well, there's always Bubba Fett.