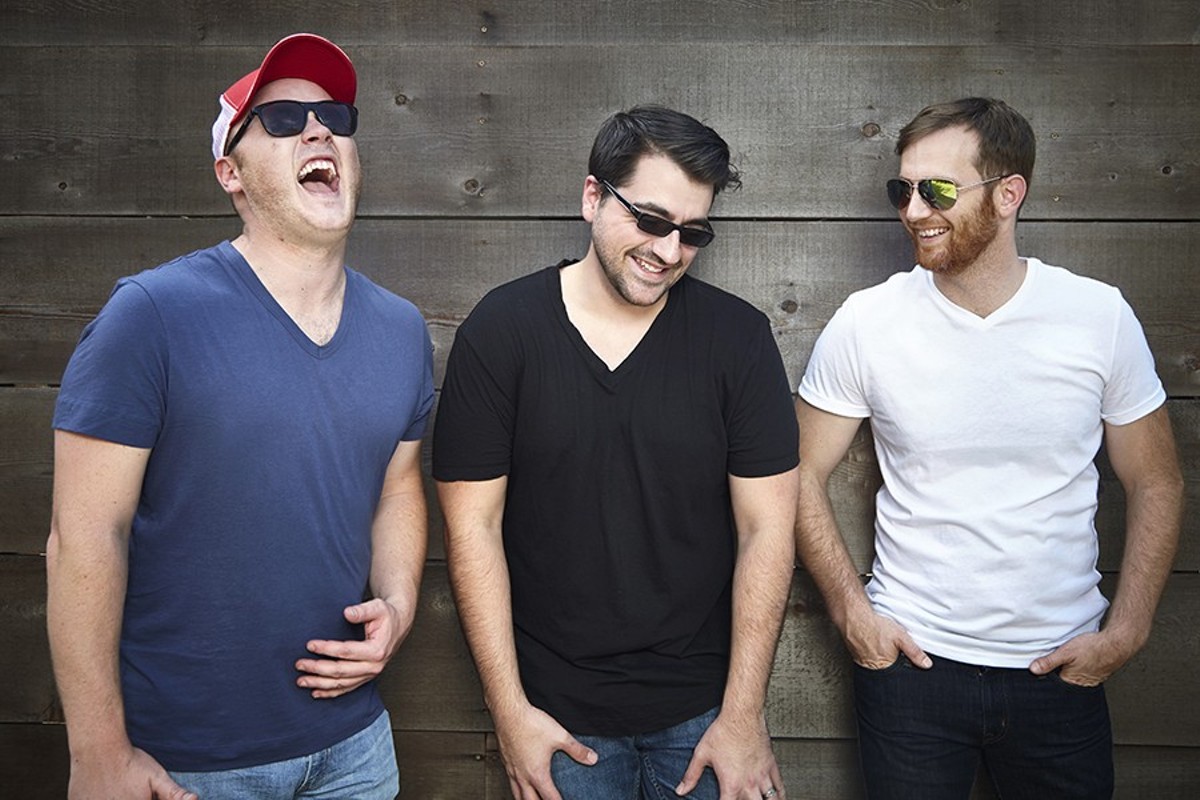 Amid a political windstorm that can only be described as insipid, acrimonious, exhausting and infuriating, comedian Trae Crowder burst onto the scene with his own unique — and hilarious — commentary on Donald Trump and the social issues at the center of public discourse. He has referred to the man who will soon be our commander-in-chief as a "carnie-handed mango man," a "melted candle-ass motherfucker" and "the Quentin Tarantino of being a rich douchebag." He once apologized to his fans: "I know it's been a minute but damn, I've just been busier than Donald Trump at a Fuck Shit Up conference."

Crowder, "the Liberal Redneck," kept his Southern conservative counterparts in check during the election via YouTube, delivering one-two punches from his back porch in Celina, Tennessee, that quickly went viral. While the overarching theme could be summarized as "fuck Donald Trump with a prickly pear. Can't stand that son-of-a-bitch; hope he dies in a tragic hairspray accident," Crowder also took on a host of issues that "got his red up" — transgender bathrooms, Black Lives Matter, organized religion, opioid addiction and more, with zero apologies. It resonated. People sat up and listened. And they laughed.

We caught up with Crowder and his writing partners — Corey Ryan Forrester and Drew Morgan — somewhere near Spokane, Washington, as they travelled for the Well Red Comedy Tour, which comes to the Helium Comedy Club in St. Louis on Dec. 14.

Crowder had just spent Thanksgiving with his family, who he says are also liberal rednecks. "My in-laws are not, but we didn't go there, which was my wife's decision," he explains. "Which I felt like was an early Christmas present for me."

As for Forrester, he spent the day with about 50 Trump supporters, but says politics weren't brought up. "I think it's because, you know, they're pretty happy right now," he says.

"I think it's because they're nervous," Morgan interjects. "They finally got everything they wanted and it's on them now. But honestly, my parents hate Trump and they don't give a shit about politics. They keep all their money hidden in the basement with the guns."

Comics are familiar with the term "walk the room," an expression for when comedians are so bad, or so offensive, that patrons get up and leave. So, considering the touchiness of socio-political commentary, have these guys gotten under anyone's skin on this tour?

Crowder says that there was one incident in West Palm Beach, Florida.

"He was a Republican but he was hammered," Forrester says. "At first we didn't know he was conservative; he was just a drunk guy who wasn't making any sense. And then when we got annoyed, he got defensive and started ranting at us. We reminded him that while we are liberal, we are also rednecks, and he could meet us outside."

The three say the Well Red tour has been many years in the making. To be able to do it at long last as friends and colleagues is a dream come true.

"We definitely have a very good time. We also hate each other," Crowder says. "But in the most loving way, obviously. It has its ups and downs. I feel like shit most of the time..."

"...From traveling, bad food and bad decisions most of the time," Forrester interjects.

All of them agree: Now that Trump has been elected, it is more important than ever to give people something to laugh about.

"We're going to need some good comedy over the next four years, there's no doubt about it," Crowder says.

Though the trio regularly take on hot-button political and social issues in their comedy routine, the jabs coming our way won't be St. Louis-centric. While Crowder has issued a diatribe against those who respond to the Black Lives Matter movement with "all lives matter," he says he's "used up all of his good Ferguson jokes."

"If you talk about race in broader strokes, it's easier to get a laugh," Morgan says. "But if you start talking specifically about someone being shot, I don't find that funny. I do, however, find it funny that race relations in this country are so stupid and we can't get past it."

Still, the group notes that while the South is very different than the Midwest, on the electoral college map they look the same, and the coasts view them as one and the same, too. Missouri and the trio's hometown of Tennessee are neighbors, and though the Mason-Dixon line divides us, we share some qualities that are profoundly redneck, including a high volume of NRA members, and trade the title back and forth almost annually for the nation's highest number of meth lab busts.

"I think this year you'll get it back, because in recent years we've shifted a lot to pills," Crowder says. "We're really stepping it up in the pill game."

In Missouri, we tend to take pride in our Midwestern qualities, making sure we don't get lumped in with Southerners, and are quick to poke fun at our Dixie neighbors. Our state has its own kind of coastal haughtiness — in the state's blue regions of Kansas City, St. Louis and Columbia, jokes about Branson and the Ozarks abound.

"People in Arkansas think y'all are such assholes," Crowder says. "And then they turn around and think everybody in Louisiana is a dumbass."

So why does the Liberal Redneck's particular brand of comedy resonate with so many people? Crowder says the answer depends on where they are.

"In the South and in Mid-America, I think there's a whole lot of people that are like, 'Finally,'" he says. "'Finally there is someone who sounds like us and is like us but also isn't a crazy racist hick, and not an idiot like everyone assumes we all are.' They've known that for years, but they see our thing and they're like, 'Hell yeah! I've been waiting for this.' And then in other parts of the country, I'll be totally honest with you, I think it's, at least initially, novelty or curiosity. Like, 'Oh, what's this about?' But then after their interest piques they end up sticking around, they find that they like us.

"But I think for everybody, it's somewhat of a voice of reason coming from a type of people that they don't often hear that from."