We Wrote About Poisons in Coldwater Creek 37 Years Ago. Guess What the Feds Just Confirmed? 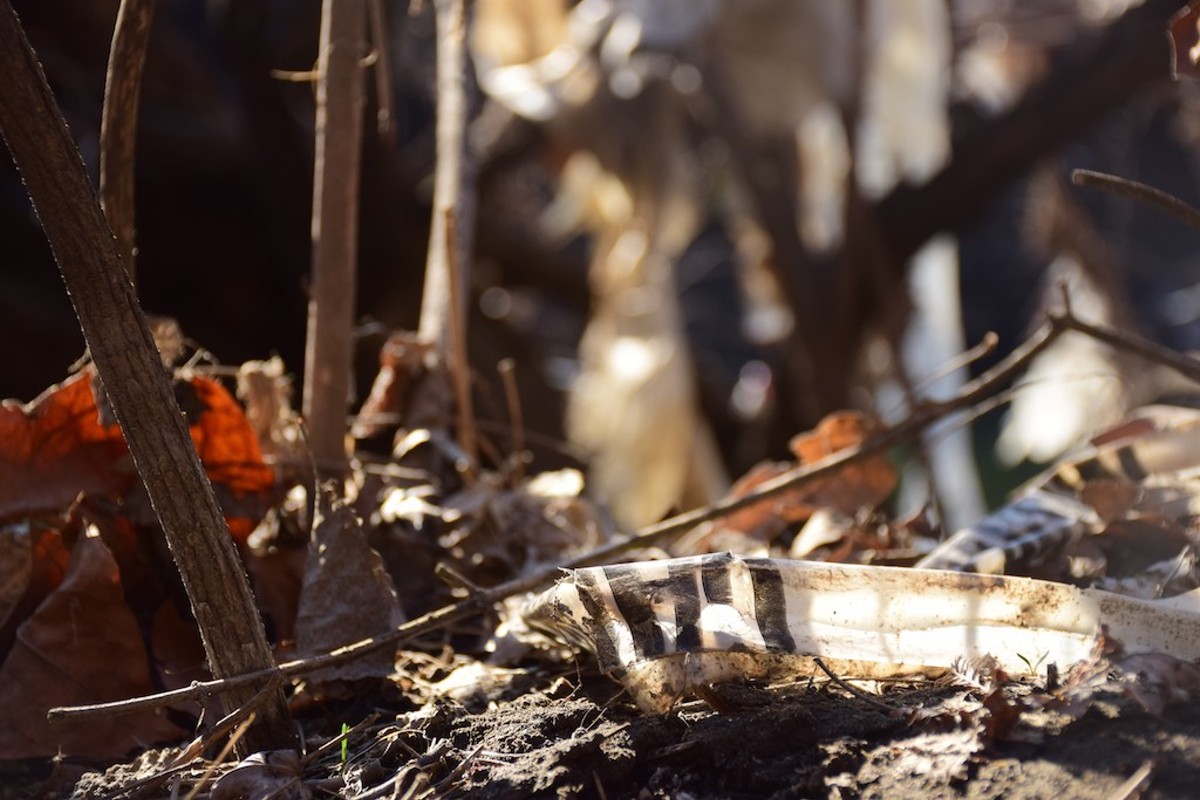 One of the first lessons any of us learn in life comes in the form of the simple directive, "Clean up your mess."

I opened my RFT column with those words 37 years ago, on August 4, 1982. The column accompanied our cover story, headlined "Danger In Our Own Back Yard: Hazardous Waste From WWII Bombs Lives on in St. Louis." It was good journalism by Byron Clemens, a staff writer who would go on (and continues) to be among the finest activists in our town's history.

My own contribution was minor at best, although there is something ironic about the fact that 37 years ago, I was referencing events that happened 37 years before that. In my story, titled "Hazardous waste disposal: It's really rather simple," I did make a point that I believe withstood the test of time: "There is absolutely no excuse for the dangerous byproducts of World War II's military effort to be threatening a major population center 37 years later. Someone should be responsible for seeing to it that radioactive waste be kept safely stored away from such centers and the waterways that serve them. That 'someone' is unmistakably the federal government."

It may not have happened often over my decades as a journalist, but this is one time I was right.

The aforementioned hazardous waste had been the byproduct of the infamous Manhattan Project, wherein the U.S. military secretly contracted Mallinckrodt Chemical Works in downtown St. Louis to enrich uranium for the world's first controlled nuclear chain reaction in 1942. The government knew that the byproduct of this work was countless tonnage of waste known to it as "poisons."

But that didn't keep it from secretly transporting these vile contagions over the next fifteen years to a series of sites throughout our region, including an especially lethal site near Lambert Airport, as well as Weldon Spring and its quarry, and West Lake Landfill, among others. And, of course, there were the initially contaminated downtown sites at and around Mallinckrodt.

This would create, without doubt, the most catastrophic public health tragedy in the history of St. Louis, ranking with any in the nation. It has resulted in a scourge of deaths and horrendous rare illnesses and birth defects for untold thousands of our citizens.

And make no mistake about this: It's a public health crisis and tragedy that lives on today.

Ground zero for this horror show was Coldwater Creek, a beautiful tributary winding through Florissant, Hazelwood, St. Ann, Berkeley, Ferguson, Black Jack and Spanish Lake, among others. The creek was a source of joy for thousands who built their American-dream homes and parks around it in the '60s and '70s in the suburbanization of the region.

Kids played and swam in the creek like a bunch of Opie Taylors, catching fish and crawdads, skipping rocks and enjoying all sorts of innocent fun. And happy families tilled and ate from their backyard gardens, unaware that when the creek flooded those gardens, it was a not just an inconvenience.

You see, the poisons dumped irresponsibly by your government at that airport site had seeped and blown into the creek. So, in addition to those beautiful waters and wildlife, the innocent children were immersed in lovely substances such as uranium-238, with a half-life of 4.5 billion years, and thorium-232, with a half-life of 14 billion years. The consequence of that contamination is unknown and almost unimaginable.

It also might have remained unknown if not for the heroic efforts of a group of citizens who grew into a force of nature to fill the void of government inaction with sanity. Even after the government finally started getting around to cleaning up some of its poisons in the ensuing decades, it took a cadre of saints to push it into real action.

A few years after McCluer North High School's happy twentieth-year reunion in 2008, some alums started noticing that a shocking number of their classmates had become severely ill or were dying. Led by Jenell Rodden Wright, Kim Visintine and Diane Schanzenbach, they created a Facebook page in 2011 to spread the word and assemble stories, testimonials, case studies and data about what was happening to them.

That group has 20,500 members now. Their page is filled with heartbreaking stories of death and suffering, of macabre examples of rare cancers, birth defects, multiple cases of conjoined twins and babies born with one ear and no eyeballs, and instances of infertility, multiple sclerosis and lymphoma, many of them in statistically impossible numbers.

These women have for the past eight years pushed and cajoled and badgered reluctant state and federal officials to break from their bureaucratic inertia and bring some common sense and compassion into investigating this tragedy.

And at last they may have a real breakthrough.

Maybe the crazy activists at the little-known alternative newsweekly 37 years ago weren't so crazy, after all.

The ATSDR also supported ongoing cleanup of the Coldwater Creek sediments and floodplain soils, which amazingly is still not completed. And it recommends, in effect, that potentially exposed residents share their residential history with medical professionals at the first sight of trouble.

The report did stop short of recommending additional disease screening for past or present Coldwater Creek residents. But it is a critical piece of one puzzle: With it, there is at last a chance that Missouri's congressional delegation can now move forward to get some form of federal help for the victims — perhaps resources from a "downwinders" program in some Western states that has set the precedent to bring federal relief to those affected by fallout from nuclear testing.

And closer to home, if the new county executive — who is, after all, Doctor Sam Page — wants to create a legacy, I can think of no better place to start than having his health department enact a major public education campaign alerting potentially affected residents to get early screening when they suffer even innocuous symptoms, such as fatigue or minor pains.

And perhaps the county could coordinate a community effort involving St. Louis' many outstanding universities and medical institutions to heighten the awareness of doctors that this is a real-world medical crisis. If local and state health officials could muster a fraction of the resolve and urgency of the heroes of "Coldwater Creek: Just the Facts," it would be a great thing.

Maybe that sounds too simple, but simple is what I'm all about. Here's how I concluded my column 37 years ago:

"[It's] not so complicated, after all. The dark and mysterious challenge of getting rid of hazardous waste can be reduced to the elemental principle which any two-year-old can understand: Clean up your mess. Someone should send the Department of Energy to its room."

Maybe we can let them out now. But only if they promise to bring victims some tangible relief with the sense of urgency they've failed to supply to cleaning up their mess.

This crisis can't wait another 37 years.