Weep for David Duchovny's Penis: On the Terribleness of Californication, Season 6 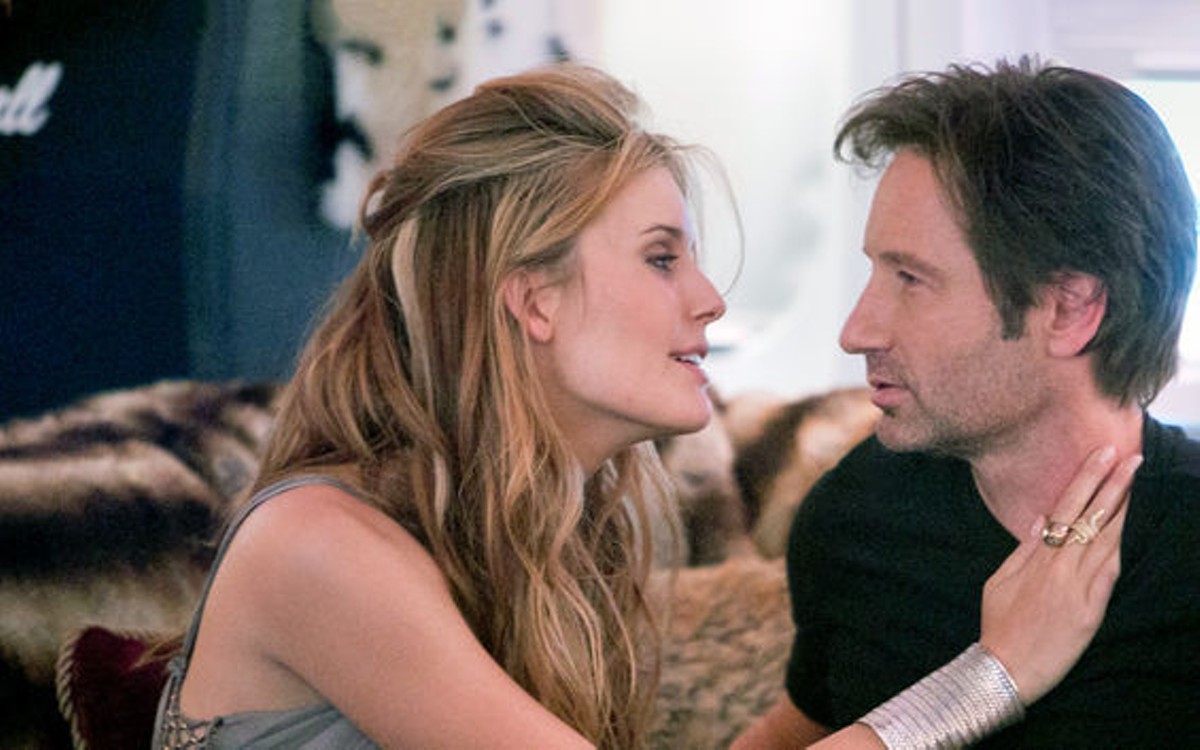 Californication airs on Sundays on Showtime.

Honestly, when it started six years ago, Californication was provocative, ballsy, and fun, with laugh-out-loud dialogue and plenty of smart musings about love, sex, family and responsibility. Over five seasons, anti-hero Hank Moody (David Duchovny) has drank and fucked his way through a series of Hollywood writing jobs, all the while anchored by his on/off soulmate, Karen, sweet but cynical daughter, Becca, and well-meaning best friend, Charlie. The show's had its ups and downs always, but remained pleasurably watchable throughout…that is, until now. Showtime is currently halfway through airing Season 6 and, thus far, this thing has been awful to the point of embarrassing, at least 80 percent of the time. So, what the hell has gone wrong?

Californication has always clung to a sense of humor that is absurd, extreme and, in a lot of ways, farcical -- take the episode in Season 4 where a house party results in monkey murder and an auto-erotic-asphyxiation death, or that time in Season 3 when all of the many women Hank was sleeping with wound up in his home at the same time. With each passing year, things have been kicked up a notch, so now, six seasons in, the scenarios featured are so extreme they're no longer funny -- merely cringe-inducing.

The side characters are no longer even vaguely believable. The latest alluring lady, Faith, dislikes the word groupie, so considers herself a "band muse." Anyone who has ever been anywhere near a tour will tell you that no such thing exists (in reality, groupies are girls that get used for sex, kicked off the bus, and laughed at by the band afterward). Then there's gorgeous gay movie star, Robbie Mac, who started the season believably enough, but now starts lunchtime conversations with questions like "Tell me, Charlie. How many dicks have you sucked today?"

Worst of all, there is now a side storyline developing in which Karen's best friend and Charlie's ex-wife, Marcy, has started following the teachings of a radical feminist named Ophelia (groan). Ophelia started out in Episode 2 saying things like "Men are wild animals and they must be regarded as such." She graduated to "The penis is not only a disgusting appendage, it is also a deadly weapon," and descended, in Episode 5, to putting Marcy's ex-husband's penis in a torture-inducing male chastity device.

Since Ophelia has arrived on the scene, Marcy has learned to refuse drinks from men in bars and say no to sex. Because, apparently, even outspoken and intelligent female business owners who have been through two divorces can't equip themselves with such skills without the influence of a true man-hater. We are absolutely terrified of where this storyline is going...but if it ends with Ophelia being seduced and realizing what she's been missing out on, we will be visiting the Showtime offices and slapping someone across the face.

So, in conclusion, Californication has jumped the shark in a massive way. It has gone from being one of the most entertaining things on television to being almost entirely unwatchable. Worst of all, this sinking ship has already been approved for a seventh season. We can only hope that between now and then, the writers re-learn the ability to take things over the edge, while still retaining the humanity of the characters -- because right now we're watching a bunch of cartoon characters. And none of them are even remotely likeable.