Who's Going to Be St. Louis' Next Mayor? 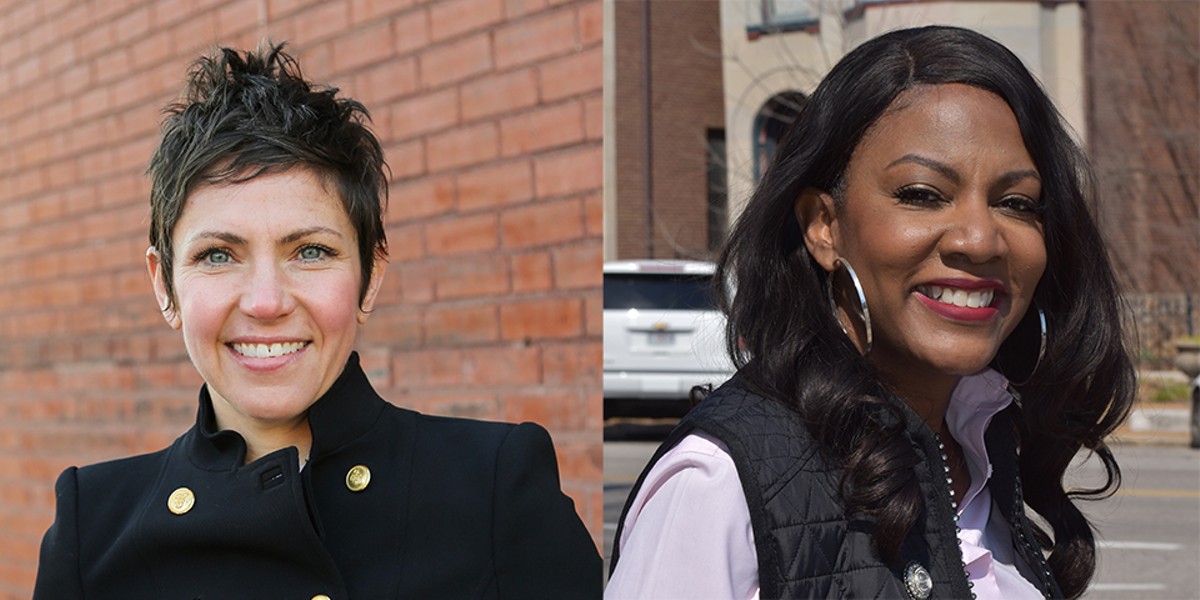 We already know several things about St. Louis' next mayor. She is a single mom with a school-aged son in the region's struggling education system. She supports redefining public safety in ways the city's progressives have long dreamed of. She's spent years as part of a city government whose legacy of big promises often crashed into bigger disappointments — and now, in the shadow of that legacy, she is asking voters to believe in her ability to overcome it.

In the broadest strokes, the two candidates on the April 6 general election ballot, Treasurer Tishaura Jones and Alderwoman Cara Spencer, could be placed within a similar area of the city's progressive political spectrum. But the time for broad strokes and abstractions is over.

The winner of the April 6 election will have just two weeks to breathe and prepare before April 20, the day current Mayor Lyda Krewson leaves office for a retirement from politics.

How did we get here? In the four-candidate March 2 primary, Jones placed first and Spencer second in a never-before-tried form of democracy — with voters marking their "approval" of as many candidates as they wished, and the top two moving on to face each other in an equally unprecedented April 6 general election.

For generations, the general election was the part of the process where the drama died, a meaningless round that, in the absence of any serious third-party or Republican challenger, acted as a formality for the winner of the chaotic Democratic primary.

This year, for the first time in the city's history, this traditional formality has been transformed into a very real round two of Jones v. Spencer, and a tangible continuation of their efforts to separate themselves in the eyes of voters. It's a mission they each struggled to accomplish during the primary, as they campaigned not just against each other but against the more moderate sensibilities of Board of Aldermen President Lewis Reed and the pro-police conservatism of Andrew Jones.

Jones and Spencer are not outsiders by any stretch. Spencer has served as 20th Ward alderwoman since 2015. Jones, who was elected in 2012 to the role of city treasurer, owns a political resume stretching back to two terms in the Missouri legislature.

Nothing is certain. Limited polling in the primary that suggested Reed was in the lead turned out to be woefully wrong. On March 2, 47 percent of voters approved of Spencer, shocking some observers with her strong performance. But Jones was clearly the first-place finisher, with 57 percent of voters approving, suggesting she already held a considerable lead across demographics and geography.

So here we are again, in a place that feels eerily familiar to the week before the March 2 primary. The city's homicide rate is still devastating. Its police department is still grappling with brutality and racism. Missouri's vaccine distribution to cities is still working its way up from a level of national embarrassment. The north and south sides are separated by the weight of generations of neglect and the ongoing wounds of crime, disinvestment and vacancy.

But the candidates haven't stayed static. With the distractions of Lewis Reed and Andrew Jones left behind, Tishaura Jones and Cara Spencer have since appeared in multiple debates, refining their positions and clashing in ways that in some instances have revealed how different the two candidates really are.

It's not just the candidates who pushed the line. On March 10, with the primary's dust barely settled, outgoing Mayor Lyda Krewson made an announcement that drastically raised the stakes of the general election — by about $500 million.