Why Superman Movies Matter More Than the Comic Books

Read our full Man of Steel movie review.
Scroll down to view images 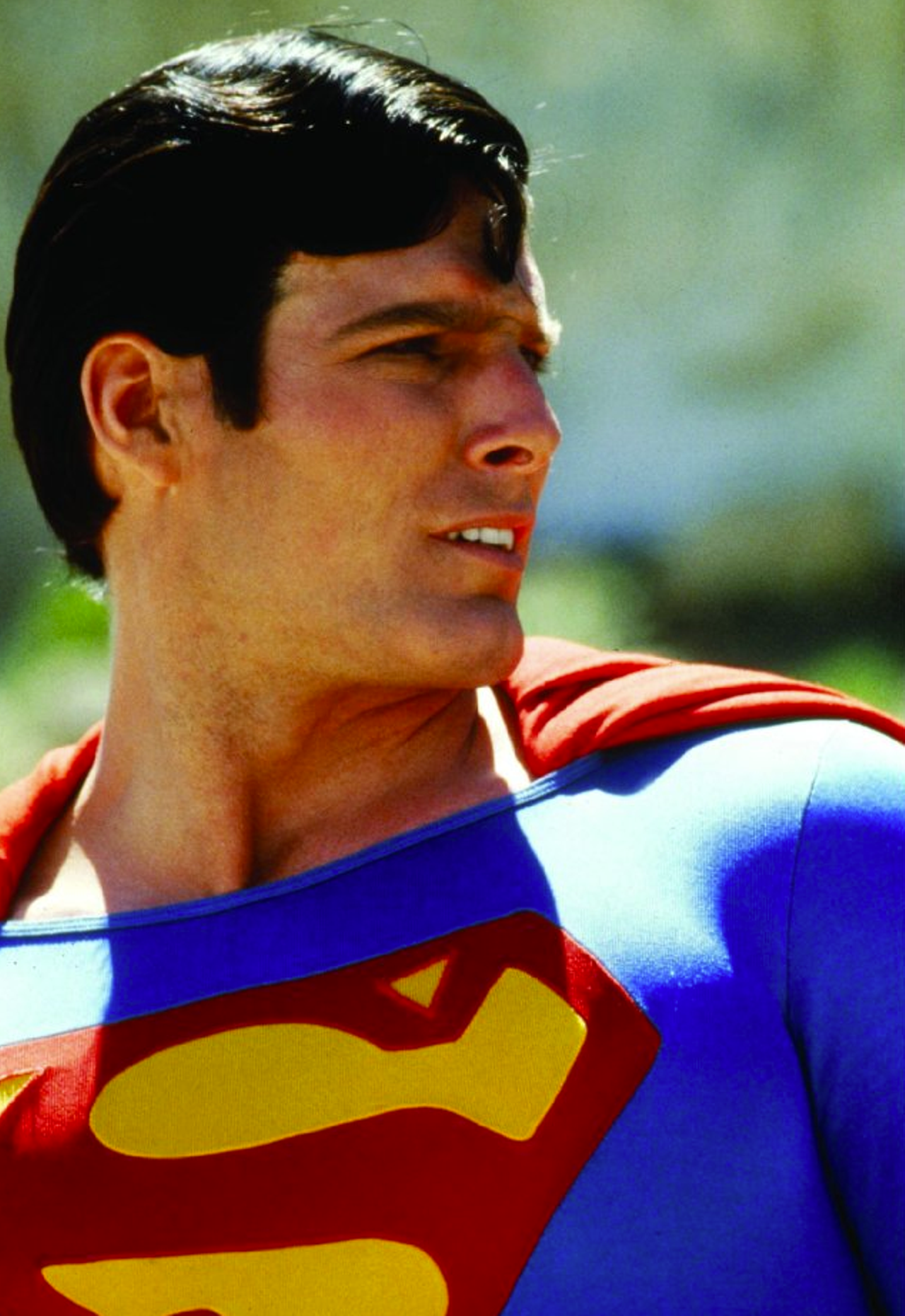 Best bit: The interview scene between Christopher Reeve and Margot Kidder, which points up the power of Reeve's performance. His Superman is centered and calm, while Kidder's Lois is the '70s incarnate—a frayed nerve.

Worst bit: The words that greet the Man of Steel upon his first appearance are not the canonically appropriate "Look, up in the sky!" but rather, "Say, Jim! That's a bad out-FIT!" They are spoken by a pimp who makes Huggy Bear look like Jim Gaffigan.

Contribution to the zeitgeist: Christopher Reeve = Superman. Also the notion that an oft-dismissed piece of junk culture intended for children could be taken (semi-)seriously, dressed up, and turned into a blockbuster.

Super-power the filmmakers pull out of their asses: The whole spin-the-Earth backward thing. Understand, the Superman of the comics broke the time barrier on the regular. But the movie's screenwriters employed it as a cheap cop-out, engendering much dismay and debate among the type of people who care overmuch about such things. (See Superman: The Unauthorized Biography for much, much more.) What it's about: Just as a trio of Kryptonian super-villains in fetish gear arrive on Earth, the Man of Steel gives up his powers to get his super-freak on with Lois. Basically: You will believe a man can fuck.

Worst bits: Director Richard Lester, who took over for Richard Donner, evinces a weakness for weak slapstick, as when the villains use super-breath on the Metropolis populace, causing toupees to fly off heads, roller skaters to skate backward, ice cream scoops to fly hilariously from cones, etc.

Contribution to the zeitgeist: "Kneel before Zod!"

Super-power the filmmakers pull out of their asses: White, zappy, entirely non-canonical rays erupt from the tips of Zod and company's fingers. Superman throws a giant, S-shaped Fruit Roll-Up at various and sundry.

What it's about: Richard Pryor is a computer programmer who invents synthetic kryptonite that (eventually) splits the Man of Steel into an evil Superman and a good Clark Kent.

Best bits: The junkyard fight between the two super-selves still holds up.

Contribution to the zeitgeist: Grievously wounded the Superman film franchise, and made everything about the Man of Steel seem small, low-rent and risible.

Super-power the filmmakers pull out of their asses: The whole splitting-in-two thing actually bears a long comics provenance. So, shockingly: none.

What it's about: Superman decides to rid the world of nuclear weapons, just as Lex Luthor creates an evil super-powered being who sports a blond mullet and a gold lamŽ codpiece.

Worst bits: Put it this way: Jon Cryer as Luthor's totally bitchin' New Wave nephew, Lenny Luthor, is a highlight. A HIGHLIGHT. Superman takes Lois for another flight—this time across the country—and both Reeve and Kidder spend the scene seeming embarrassed, lost, and ultimately defeated.

Contribution to the zeitgeist: Delivered a death-blow that would keep the Man of Steel off the silver screen for two decades. Also helped drive producers the Cannon Group into Chapter 11.

Super-power the filmmakers pull out of their asses: Superman repairs damage to the Great Wall of China by . . . staring at it. Spackle-vision!

What it's about: Superman returns to Earth after five years away to find that Lois and the rest of Metropolis have moved on. Also, Luthor's got a real-estate scheme. Yes, another one—shut up.

Worst bits: Director Bryan Singer's tone and imagery are so beholden to the Donner film that Superman Returns never steps out of the 1978's film shadow, and devolves into pastiche. Also, Luthor's got a real-estate scheme.

Contribution to the zeitgeist: The notion that a film can be successful (the film cost $209 million and made nearly twice that globally) but still be considered a franchise-killing failure (the studio had hoped for a final take upward of $500 million or $600 million).

Super-power the filmmakers pull out of their asses: None. Though they sure do hit the Christ imagery—something Donner introduced lightly—with an evangelical fervor.

What it's about: Origin story, first adventures, Kryptonian villains. Once more, with feeling.

Best bits, anticipated: There's a lot in the trailers to make hardcore fans hopeful: the flying effects look great, as does the shot of the kid with the towel around his neck putting his hands on hips, aka The Superman Shot. Also good: the quotes lifted straight from such high-water comics stories as Grant Morrison's All-Star Superman ("You will give the people an ideal to strive towards.") and Mark Waid's Superman: Birthright ("On my world, it means ‘hope.'")

Worst bits, anticipated: Those first, fishing-boat-centered trailers looked a lot more like Superman VI: The Quest for the Deadliest Catch than anyone was expecting. Plus, the choice of Snyder—a filmmaker who makes great-looking trailers and emotionally empty movies—remains worrisome.

Contribution to the zeitgeist, anticipated: Snyder's Superman is already everywhere; merchandise featuring Henry Cavill's lantern jaw has been pumped into stores for months. This version of the Man of Steel will be the one that a generation of kids will embrace, that the popcorn-chomping multitudes will unthinkingly accept, and that the small subset of hardcore fans will passionately debate for years to come.

Super-power the filmmakers pull out of their asses, anticipated: Too soon to say, but given Snyder's penchant for displays of hypermachismo, look for Superman to stop a crime by flexing his glutes in its general direction.