Recreational marijuana will soon be legal. Cut the hippie shit 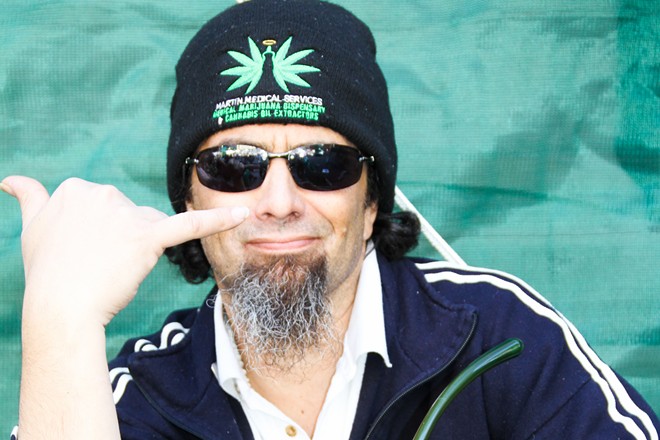 VIA FLICKR / CANNABIS CULTURE
In a more perfect world, this would be illegal.

No matter which way you slice it, this was a huge week for Missouri-based fans of moving slow and being hungry, as 53 percent of midterm election voters approved a constitutional amendment legalizing recreational weed in the Show-Me-State.

While there were some disagreements among pro-marijuana factions — with some fretting that the measure would enshrine the state's controversial licensing process into something of a monopoly, while others argued "let's do it anyway I want some weed" — the dust has now settled and the people have spoken: Cannabis will be legal in Missouri going forward.

That's all well and good, and even Amendment 3's critics have to admit that not jailing people over a plant is a step in the right direction. But with that hurdle finally cleared, it is time that we tackle the next big issue on the legal-weed horizon. That's right: It is time we finally criminalized weed culture.

Since time immemorial, weed culture has been an albatross around the neck of the noble act of consuming cannabis. We've all had to endure a conversation with a dreadlocked white guy wearing a drug rug about how all the world's problems could be solved if everyone just took a toke, bro. Each and every one of us has known that one person who makes a big show out of smoking weed at 20 past 4:00 on any given day, as if time itself were not an entirely man-made construct.

For that matter, we've all known plenty of pseudo-intellectual goofball dorks who like to get high and pontificate on the nature of time, perhaps even writing in a blog post for a local alt-weekly that it's nothing more than "an entirely man-made construct" or some stupid shit like that. It's all so very insufferable, and in a perfect world — a world that we are capable of creating — it would be banned.

There will, of course, be room for some interpretation of our new anti-weed-culture laws. We are not tyrants, after all. In keeping, possession of a bong  is not, in and of itself, a criminal act — bongs can be useful tools in the hands of responsible grown-ups. But any bong sporting a depiction of, say, a glassy-eyed Rick fist-bumping a stoned Morty will net you a felony — no exceptions.

Dispensaries can still have 4/20 deals — who doesn't love a deal? — but they can no longer have them on April 20th. Pick another day; we now celebrate the anniversary of Louis Pasteur and Claude Bernard disproving the theory of spontaneous generation on this one. Man, that Pasteur sure was a talent.

It's likely true that criminalizing weed culture will not put a stop to it, and the worst offenders will be simply driven underground to partake in their odious habits in secret. That's fine — out of sight, out of mind. They can hold meetings at Spencer Gifts or something; we can leave them that. Hopefully the craft-beer guys join 'em.

As for the rest of us, we're stepping forward into a brave new world, one where the masses are free to consume our happiness-inducing drug of choice without the attendant juvenile baggage that comes with it. We are hoisting our Rickless bongs to the sky and refusing to live in shame any longer.

After all, we're adults, damn it. It's time we start acting like it.

Daniel Hill is editor at large for the Riverfront Times and he demands to be taken seriously, despite all evidence to the contrary. Follow him on Twitter at @rftmusic.
Read More about Daniel Hill
Scroll to read more Weed News articles (1)