You either love astrology or you laugh at it. You’re either dripping in excitement about Jupiter and Neptune coming together in the sign of Pisces for the first time since 1856 or you think people who believe in this are highly delusional. There is no in-between.

Or is there? Last weekend I smoked three mini pre-roll joints of Dogwalkers’ Jupiter strain in one sitting. This is strange behavior for me, someone who gets stoned after puffing one hit. A friend sent me a pack of Dogwalkers from Nevada via carrier pigeon, and it arrived the week leading up to 4/20. Indica hybrid strains, like Jupiter OG, relieve tension for me better than any other flower. So I was all in as soon as I struck a match and lit the tip of my joint. 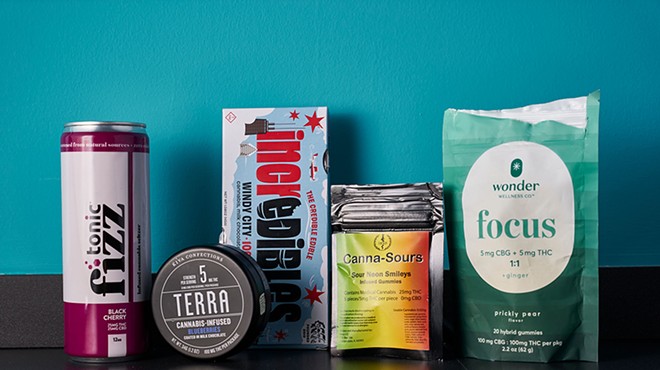 
I didn’t realize how quickly lighting up would evolve into smoking three mini-joints to the dome. But the weed was delicious, and even though the exact cultivar I smoked might be different from the Jupiter OG you smoke (because cannabis grown in Nevada is likely different from what’s grown in Illinois), you can’t go wrong with an OG named after the fifth planet of our solar system. That’s ultimately what led me to consuming more than I had planned — oh and my patchouli-wearing hippie friend called me and to give an esoteric lecture about a pile up of planets in the watery sign of Pisces.

I was on the second joint before I realized I had already smoked a full one. So I was beyond stoned. It was hard for me to follow my friend. I could smell her patchouli through my phone. But as soon as my eyelids shut over my pupils, I could see our star-spangled galaxy. My friend’s voice, as she detailed the relationship between Neptune and Jupiter, was the tour guide through space, “Jupiter is sitting on Neptune’s lap in bathwater. They’re about to have a slippery makeout sesh that’s going to produce a rain shower of stars.” 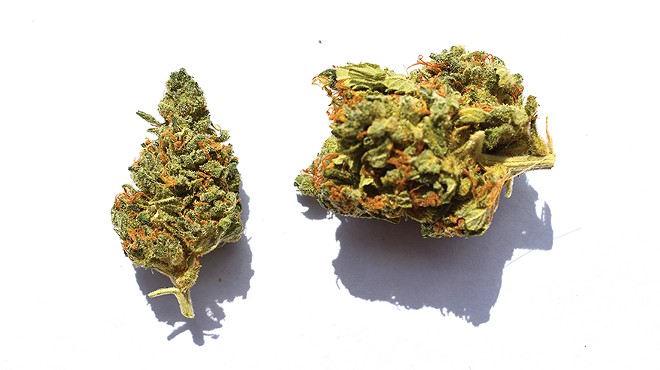 
That’s when I realized I wasn’t sure if I was lost in space or falling down a rabbit hole, which is actually just a K-hole for rodents (and trippers named Alice, too, apparently). I opened my eyes and came back into my body. My friend was still talking about Lewis Carroll, but the thoughts in my head about fornicating planets were much louder than what she was saying about a dead author. I interrupted her for the first time in seven minutes and said, “I just smoked a weed strain named after the planet Jupiter as you were saying all of that.”

“OH MY GOD, It’s a sign from the universe!” she screamed. “This is a sign of good things to come! Write down your thoughts and dreams!”