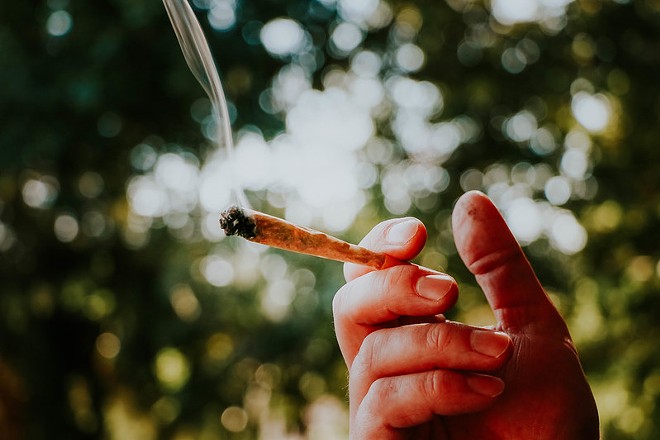 VIA FLICKR / ELSA OLOFSSON
A proposal to legalize recreational use of marijuana in Missouri appears unlikely to make the ballot because of insufficient signatures.

Whether Missouri voters will get a chance to legalize recreational marijuana in November is still in question.

The latest incomplete tabulations from Secretary of State Jay Ashcroft’s office, obtained under a Sunshine Law request, show the Legal Missouri 2022 initiative is short of the necessary signatures in four of the six Congressional districts necessary to make the ballot.

And those same tabulations confirm what backers of a ranked-choice voting initiative called Better Elections said in June — their proposal will not be on the November ballot.

The biggest obstacles for the initiative campaigns was the COVID-19 pandemic that made signature gathering difficult and a large number of signatures from unregistered people, says Sean Nicholson, campaign manager for Better Elections.

“It was a catastrophic failure on the part of Fieldworks,” Nicholson says of the Washington, D.C. firm paid more than $8 million total by the two campaigns to collect signatures. “We turned in signatures in the belief we had the stuff.”

Fieldworks has managed several successful signature-gathering efforts in Missouri, including a 2020 proposal on Medicaid expansion and a 2018 referendum on right to work.

Fieldworks is also disappointed in the result, the company says in a statement.
“We share our client’s frustration,” the statement reads. “Signature gathering campaigns have faced unprecedented challenges in the last two years everywhere in the country. Our industry is not immune from the current workforce conditions.”

Each of the campaigns claimed when their signatures were submitted in May that they had far more signatures than necessary to make the ballot. Better Elections boasted more than 300,000 signatures and Legal Missouri said it had in excess of 385,000 signatures.

When Better Elections realized in June that it was unlikely to succeed, it issued a statement that the effort would be renewed in the future.

“Having turned in nearly 400,000 signatures from Missourians who want to become the 20th state to regulate, tax and legalize cannabis, we are confident about being on this November’s ballot,” Payne says in a statement.

Both the Legal Missouri and Better Elections initiatives were proposed constitutional amendments, meaning they needed signatures from registered voters equal to 8 percent of the vote from the 2020 gubernatorial election in each of six of the state’s eight congressional districts.

Legal Missouri has sufficient signatures in the 1st District in St. Louis and St. Louis County, where validation is complete, and the 5th District, Kansas City and adjoining regions, where only Lafayette County has yet to report.

But it lacks the required signatures in the 2nd, 3rd, 6th and 7th districts. In the 2nd and 3rd districts, St. Charles has not reported and could deliver enough signatures to be sufficient. But with 13 counties with tiny populations left to report in the 6th, and three counties in the 7th uncounted, both appear unlikely to obtain the almost 5,000 additional signatures needed in each district.

The bulk of the Legal Missouri effort in the 2nd and 3rd districts was in St. Charles County, Payne says, and the campaign is confident it will return enough valid signatures to make up the difference in those two districts. In the other districts, he says, “the gap you are seeing at the moment is just because they haven’t reported their numbers yet. All of our signatures went through a rigorous quality control process, so we know what we have in each district.”

The Legal Missouri initiative would expand the current medical marijuana businesses program by allowing existing licensees to serve both medical and non-medical purchasers. There would be an additional 144 licenses for what will be known as “microbusiness facilities,” with six dispensaries and 12 wholesale facilities in each congressional district. It would also require expungement of marijuana offenses from criminal records.

Better Elections did not have sufficient signatures in the 1st District, where tabulation is complete.

County election officials have until July 26 to complete their review of signatures for their counties. If either is sufficient, Ashcroft has until August 9 to issue a statement certifying them for the ballot.

If they fail, there will be four issues on the statewide ballot. Lawmakers approved three, to create a separate state department for the Missouri National Guard, currently in the Department of Public Safety, to set a minimum budget for the Kansas City Police Department, and to change the investment policies of the State Treasurer’s office.

The fourth is the question of whether to hold a state Constitutional Convention, put to a vote automatically every 20 years.