Missouri Bill Would Give Patients Right to Try Psychedelic Drugs 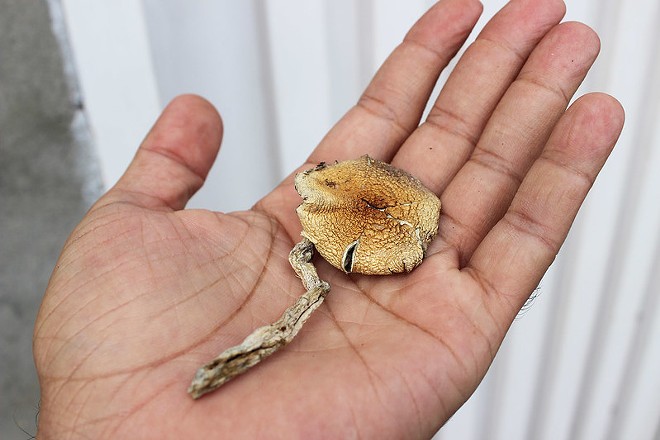 IMAGE VIA FLICKR/waqas anees
Psilocybin, the substance found in "magic mushrooms," would be legal for some patients under a proposed Missouri bill.

A proposed Missouri bill would amend the state law that currently blocks the federal "Right to Try Act" signed under the Trump administration in 2018. If passed, the new law would allow certain Missouri patients to legally pursue treatments involving psychedelic drugs.

Missouri has its own version of a right to try law, which went into effect in 2014; but while it does allow eligible patients to use "investigational drugs" that have not yet gained FDA approval, the law includes a hard cutoff around substances considered "Schedule I" narcotics.

That designation includes substances like psilocybin and MDMA, both of which are the subject of increasing scientific interest as a wave of clinical trials build evidence that psychedelic drugs can act as a powerful anti-depressant.

Filed by Republican state Representative Michael Davis, the bill would also expand Missouri's eligibility for patients seeking the experimental treatments, adding categories for those with "debilitating" and "life-threatening" conditions. Under current law, Missouri patients must have a diagnosis for a terminal illness and have considered "all other" FDA-approved options before pursuing an investigational treatment. Even then, current law mandates that the treatment itself must have completed the first phase of an FDA clinical trial — and it can't be a Schedule I drug.

Davis' bill would also lower the state-level criminal punishments associated with a host of psychedelic drugs, including LSD, mescaline, peyote, psilocybin, DMT and MDMA. Currently a felony, the new law would make possession of those substances a misdemeanor. 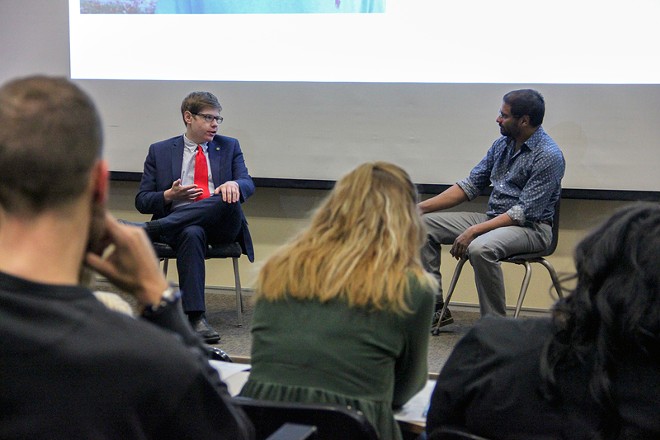 Davis filed an identical bill last year, but it never made it beyond the committee stage. During a November appearance at a drug policy conference in Columbia, the lawmaker noted that the 2018 Right to Try Act proved that opening psychedelic treatments had support from Trump and congressional Republicans — an observation that suggests the bill could be good politics and policy in Missouri's Republican-dominated state legislature.

"Our bill would bring this down to the state level," Davis said, adding that the bill will "allow patients to have access to these psychedelics that can assist them with their pain."

Psychedelic treatments are already in use in Missouri. Although patients here are barred from Schedule I drugs, treatments involving ketamine — an anesthetic that also gained notoriety as a party drug — can be prescribed by a doctor and even shipped through the mail in the form of nasal spray and lozenges. That's because ketamine is designated a Schedule III illegal narcotic, and not banned under the state's right to try law.

The tension between law, science, and proponents of psychedelics was the subject of a December Riverfront Times cover story, which also featured scientists from Washington University who are leading a study into the effects of psilocybin on the brain.

While clinical trials and research are underway, a growing number of other states are looking at expanding the legal status of psychedelics: In 2020, Oregon became the first state to legalize psilocybin for therapeutic use, and since then multiple cities — including Washington D.C., Seattle, and Oakland — have passed local measures to decriminalize possession of psilocybin.

Some of these efforts go beyond a "Right to Try"-style expansion of treatments intended only for the seriously ill: In Washington State, a proposed bill would make psilocybin treatments available to anyone over the age of 21. In Colorado a ballot initiative is seeking to decriminalize psychedelics and create a new agency to regulate manufacturing and sales.

It remains to be seen whether the ongoing efforts to legalize psychedelics can find the same success as the push for cannabis. For hopeful patients in Missouri, the first step will be changing the law still standing in the way.

READ MORE: Ketamine, Psilocybin and the Rise of Missouri Psychedelics