Tommy Chims
CB Dutch is a low-THC, high-CBD option for those who'd prefer to stay grounded when they smoke.

As the cannabis industry increasingly finds ways to up the potency on the products it produces, one of the more difficult challenges can be finding a strain that doesn't get you brain-scramblingly high.

This can be especially trying for those who consume weed for legitimate medicinal purposes — it's often just not practical to blast oneself into outer space just for a chance at some pain relief, for example. Imagine if every time you took an ibuprofen, you were taken out of commission for the next three to four hours.

Recently, a colleague of mine who lives with chronic pain reached out in search of a strain that could help her without getting her too high. She'd used weed in the past to alleviate her symptoms, and it did work quite well in that regard, but she did not enjoy the loss of control that came with it. I knew that there were some strains out there that are lower in THC content but higher in CBD, so I suggested she try one of those. CBD, or cannabidiol, is one of the 113 identified cannabinoids found in the cannabis plant, and has become popular in recent years for the treatment of pain, anxiety and movement disorders. It's even been approved by the FDA in one formulation for the treatment of seizures. A strain that is heavy on the CBD and light on the psychoactive THC seemed like it would be just the thing.

After doing a little digging, I found that Missouri cultivator C4 has a strain called CB Dutch, which clocks in at only 6.86 percent THC but a relatively high 7.92 percent CBD. I picked some up at Heya Wellness in St. Ann, which sells quarters of the stuff for just $40 before tax. Upon opening the jar, I was greeted with a citrusy, piney scent. The medium-sized, fluffy buds were light green in color, with a smattering of orange hairs and a healthy dusting of crystals. On breakup, the buds crumbled easily and were a bit on the dry side.

The budtender who'd sold me this stuff warned me in advance that it would be a harsh smoke — she said that's common with high-CBD strains, and that she usually consumes CBD in the form of edibles for that reason. She was not joking; with just one hit I felt a burning in the back of my throat that I don't often experience with my usual go-tos. It was not unbearable, but it was certainly noticeable.

Being that I am a man of high tolerance, I found CB Dutch's effects to be subtle. A sativa-dominant strain produced by crossing Azura Haze and Amnesia Haze, it definitely served as a mood elevator. I felt relaxed and focused, but certainly not stoned in any way. The high CBD content served its medicinal purpose quite well, and quickly wiped out my own chronic pain. But would it work for my friend?

I checked in with her, and she says that while it did alleviate her pain, she still experienced a lot of anxiety, bordering on a panic attack. After some discussion, we reasoned that could have something to do with the fact that it is sativa dominant rather than indica; she believes the energizing effects of the former just don't work right for her.

Meanwhile, I spoke with some other associates of mine that I'd told about CB Dutch. These are two people who don't normally smoke weed at all, but who used to back when it wasn't so incredibly potent. They were intrigued, so they got their hands on some and tried it out. They were delighted to find its effects to be much more akin to the ditch-weed experiences of their youth — not overpowering, not overwhelming, but just a nice high time. So while it's certainly not a perfect solution, it seems to have its time and place.

Essentially, if you are a high-tolerance smoker, you will not be bowled over by CB Dutch. And apparently, if you have a low tolerance but are sensitive to the energizing effects of sativa-dominant strains, you might have a bad time. But if you're a low-tolerance casual smoker who can handle a sativa and misses the subtlety of the brick weed of the old days, CB Dutch is a great option. 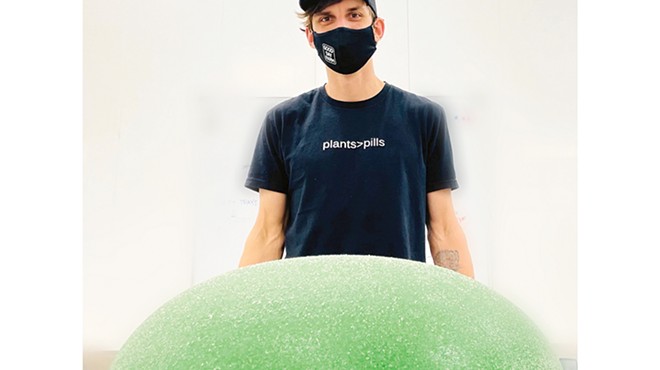 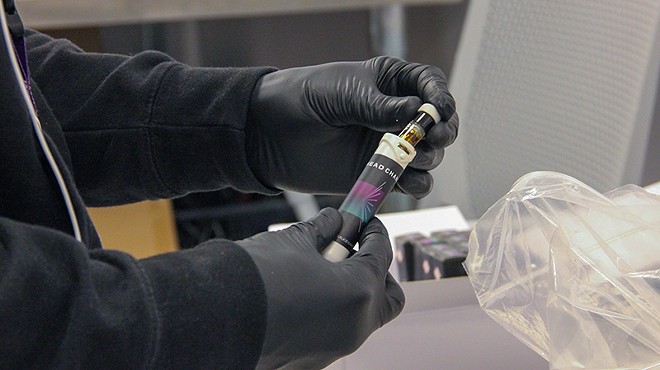