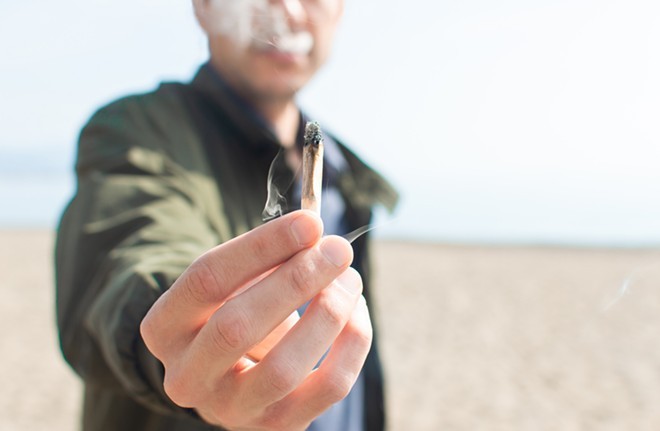 SHUTTERSTOCK
A bill introduced in the U.S. Senate would decriminalize marijuana.

More than 50 years after Congress made marijuana illegal, the U.S. Senate has introduced a new bill to legalize pot.

The Cannabis Administration and Opportunity Act would decriminalize marijuana and enable states to create their own weed laws.

Senate Majority Leader Chuck Schumer introduced the bill on Thursday, giving hope that decades of cannabis prohibition and criminalization are about to come to an end. The legislation is co-sponsored by Senators Ron Wyden (D-Oregon) and Cory Booker (D-New Jersey).

The bill goes beyond legalization. It would also expunge federal cannabis-related records and provide funding for police to curb illegal cannabis cultivation.

“As more states legalize cannabis and work towards reversing the many injustices the failed War on Drugs levied against Black, Brown, and low-income people, the federal government continues to lag woefully behind,” Booker said in a statement. “With strong restorative justice provisions for communities impacted by the drug war, support for small cannabis businesses, and expungement of federal cannabis offenses, this bill reflects long overdue, common sense drug policy."

But it’s too early to say whether the long-awaited legislation has enough support to pass. Three Democrats — Senators Joe Manchin of West Virginia, Bob Casey of Pennsylvania, and Jeanne Shaheen of New Hampshire — told Politico they may not vote in favor of the bill.

To pass, the bill needs the support of all Senate Democrats and 10 Republicans.

In the past two years, the U.S. House voted twice to decriminalize marijuana.

Michigan is among 19 states that legalized marijuana for recreational adult use.

This article originally appeared in the Detroit Metro Times and was reprinted with permission.