The longtime restaurant was one of the area's foundational Chinese eateries 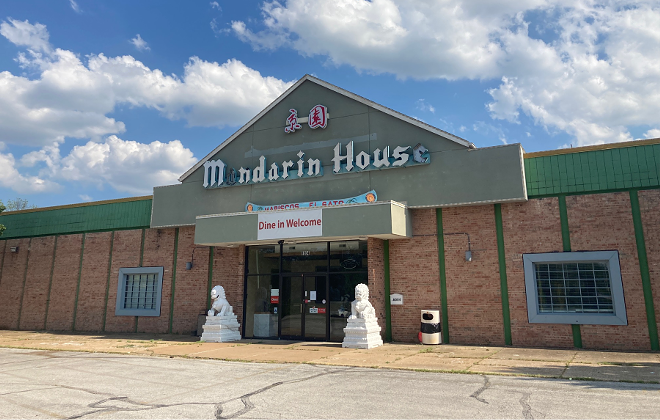 Yet another longtime St. Louis dining institution has gone dark: Mandarin House (8004 Olive Boulevard, University City; 314-427-8070), one of the foundational names in the area's Chinese restaurant scene, has closed.

A source with knowledge of Mandarin House's operating status and who wishes to remain anonymous confirmed the closure to the Riverfront Times yesterday afternoon but offered no further details. Neither the restaurant's Facebook page nor its website provide any information about the closure. A note on the front door notes that Mandarin House is "closed temporarily due to leaking roof," but adds, "Sorry for the inconvenience. Will reopen soon."

However, a banner advertising a new concept, Mariscos el Gato hangs below the Mandarin House sign on the front of the building. It is unclear whether or not this forthcoming concept is related to the Mariscos el Gato Mexican seafood restaurant on Gravois Avenue in South St. Louis; that restaurant's phone number is not operational, adding an additional layer of mystery to the situation. 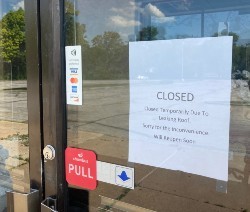 Cheryl Baehr
A sign notes a temporary closure, but sources confirm the situation is permanent.

Mandarin House opened in an Overland strip mall off Page avenue in 1979, serving diners a mix of traditional Chinese food and dim sum alongside a menu of American style Chinese dishes. Known for its sprawling dining room, the restaurant enjoyed a robust banquet business in addition to regular dinner service.

Eventually, the restaurant relocated to Olive Boulevard in University City, an even larger building that allowed it to accommodate additional banquet business. However that blessing of real estate in boom times became an albatross during the pandemic; as recently as this past March, a visit to Mandarin House on a Friday evening revealed a nearly empty dining room. A follow-up lunch visit during the week roughly a month later painted a similar picture.

This is a developing story that will be updated as additional information becomes available.