St. Louis Standards: Fergie's Credits Its Customers, and Its Chicken, for Its Success 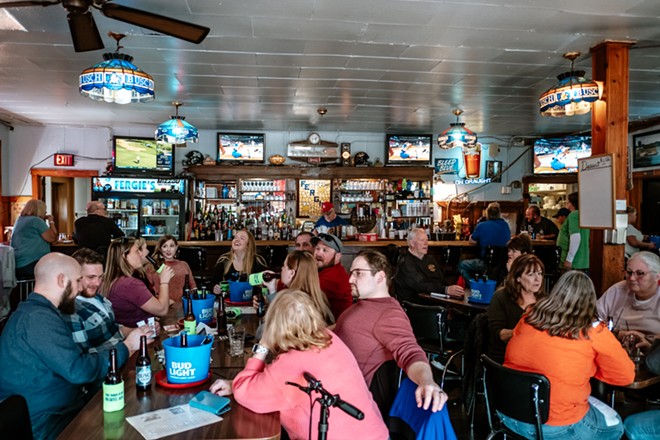 Phuong Bui
Fergie's has been a Lemay institution since 1990.

In January of 2020, Christine Marshall and Crystal Goedecke, two longtime employees of the beloved Lemay restaurant and bar Fergie's (1699 Lemay Ferry Road, 314-638-6387), purchased it from its original owner, Dennis Ferguson. Ferguson and his wife Dorine wanted to retire from the restaurant they'd run for the past 30 years, and Marshall and Goedecke seemed like the right people for the job. Over the years, the pair had worked together, and knew not only the ins and outs of running the business but also the regular guests who saw Fergie's as their neighborhood's Cheers. It seemed like an easy, straightforward transition — until March 2020 came.


"When COVID hit, Crystal and I looked at each other and said, 'Oh my god, how is this even possible?' I've personally worked here off and on for 30 years, but never — even during the 2008 housing crisis — were we without work," Marshall says. "It was a myriad of nightmares, and we wouldn't have made it through without our customer base. When other places were opening up but we still had to do curbside, I reached out on Facebook and said, 'If you want Fergie's to remain in your neighborhood, you have to call in an order,' and they did. Without my customers, we wouldn't be here."

Though Marshall and Goedecke could not have imagined the challenges they would face when they signed the papers on Fergie's, they never worried that they would be left to fend for themselves. In its 32 years of business, Fergie's has established itself as a vital part of the Lemay community, endearing itself to its patrons for its relaxed, family-friendly atmosphere, quality homestyle cooking and the one thing that people fight tooth and nail to keep in their lives: the fried chicken. 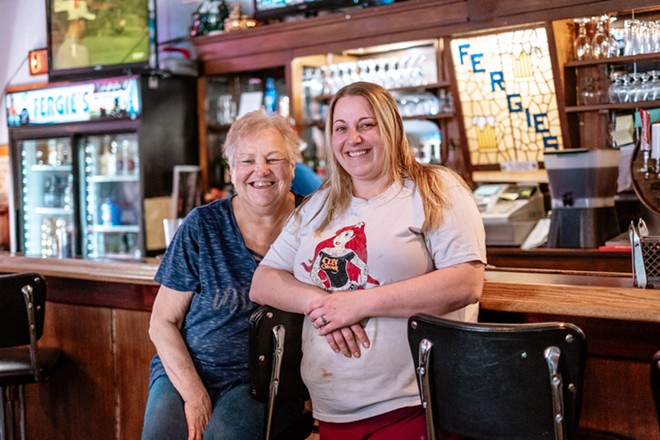 Fergie's famous fried chicken began even before the restaurant's current incarnation. Though many of the details surrounding the restaurant's origin stayed between its initial partners, what Marshall can say is that Ferguson and another gentleman teamed up on a brand that was very similar to Fergie's in 1984. Together they had a couple of outlets, including the current Fergie's location, and when they dissolved the partnership in 1990, Ferguson decided to keep that one, current spot open. Marshall insists that the Fergie's of today begins at that moment in the restaurant's history.

"Dorine came in to help run the kitchen — poor girl," Marshall laughs. "All of the employees who worked here came together to help her learn and get to where she could do things. It just became a family place — a tavern, but more restaurant than bar. It's a place where you can bring your grandma and your grandbabies."

Marshall and Goedecke committed to the Fergusons that they would do nothing that would fundamentally change Fergie's after they purchased it, easing its founders' minds that the restaurant they dedicated so much of their lives to would carry on. According to Marshall, that was a particularly pressing concern considering the lack of independent, sit-down restaurants in the area. Though she points to some fast-food joints and an Imo's, her little slice of south St. Louis County has lost some icons over the years, including the neighboring Cusanelli's, which shuttered in 2020. 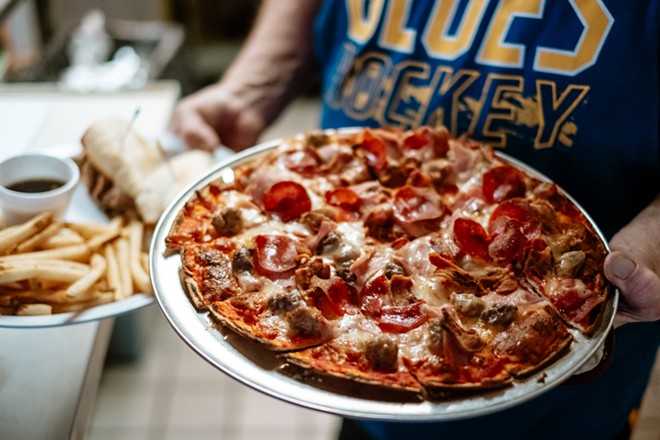 "There are no sit-down restaurants but us left," Marshall says. "There's just nowhere to go. There are fast-food restaurants all over the place, but not a place where you can sit down, enjoy a beer, relax, watch sports, meet up with your buddies or girlfriends. People live on the fast track today — a little too much in my opinion. People are all going to say I'm an old lady who doesn't know what she's talking about, but I do know. And I know for sure that one of the things that is keeping us here is that there is nowhere else to go like us."

Marshall believes that Fergie's old-school feel keeps people coming back, though she knows it would not be the beloved institution it is today were it not for the food. She describes the menu as having something for everyone and is proud of the fact that a family can come in and get not just different dishes but completely different genres of food for each person's preference.

"Grandma wants a brain sandwich, but mom wants a pizza and the kids want spaghetti — they can get that," Marshall says. "You can get a taco salad or roast beef we make in-house. Everyone can get what they want, and it's all authentic, real food and not packaged. It's a little more expensive to do things that way, but I think it's worth it." 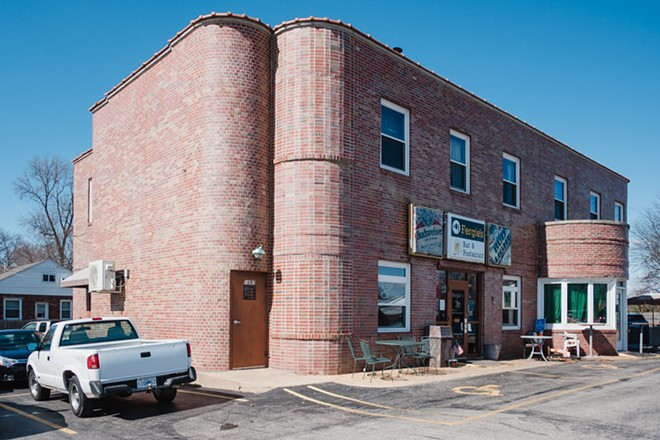 Marshall points to Fergie's fried chicken to illustrate her point. Without divulging any trade secrets, she says that the recipe is actually quite simple and that the quality has more to do with the process of how it is made than any one particular ingredient. Though it takes longer to prepare, she and her team fry every bird to order so that it is fresh, juicy and steaming hot when it hits the table. She is also proud of the restaurant's pork chops, which can be served grilled or fried, and the jack salmon, which she notes is popular in that part of south county. Additionally, Fergie's draws crowds for its daily specials, most of which are old-fashioned, classic dishes such as liver and onions or a brain sandwich, which are no longer seen on menus around town. Marshall notes that it's hard to run such a place these days — with price increases to ingredients and chain restaurants in the area setting the tone for how people dine, it makes operating the way they do increasingly challenging. But when Marshall looks out over her dining room and sees generations of families laughing, eating and having a good time, it makes her realize that she is giving people exactly what they need.

"People come in here and bring Grandma for her 90th birthday because this is where she wanted to go," Marshall says. "The whole family is here, and it's awesome. Even when things have gotten difficult, the entire community has reached out and come together for us. Without them, we aren't anything." 