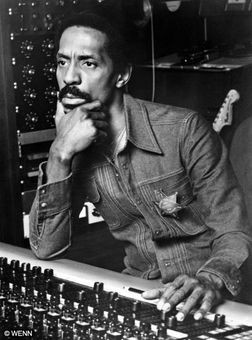 Last.fm
Cocaine ended up sending Ike Turner to jail -- and serving as a catalyst in his death.

There's a well-established struggle in Ike Turner's musical legacy. Although he's considered a rock and roll innovator, his musical accomplishments were sometimes overshadowed by his personal struggles.

While Turner's abusive behavior toward Tina Turner garners plenty of attention, another lingering demon -- drug abuse -- caught up with the former St. Louis resident 22 year ago. On February 16, 1990, Ike Turner was sentenced to four years in prison for a variety of cocaine-related offenses. He eventually was paroled before his entire sentence was completed.

Back in the 1960s, according to Ebony magazine, Turner had a far different view of drugs and alcohol. The article states that Turner didn't drink or use drugs for the early part of his career. He even fired members of the Kings of Rhythm that consumed either substance.

But Turner's attitude changed considerably. Ebony cites an excerpt of Turner's autobiography stating how the musician was introduced to cocaine by "two well-known performers in Las Vegas, both now deceased." Turner tried the drug while writing songs at his piano, and was soon purchasing "pure cocaine" from South America.