St. Louis Rappers Among Those Federally Indicted for Fentanyl Distribution 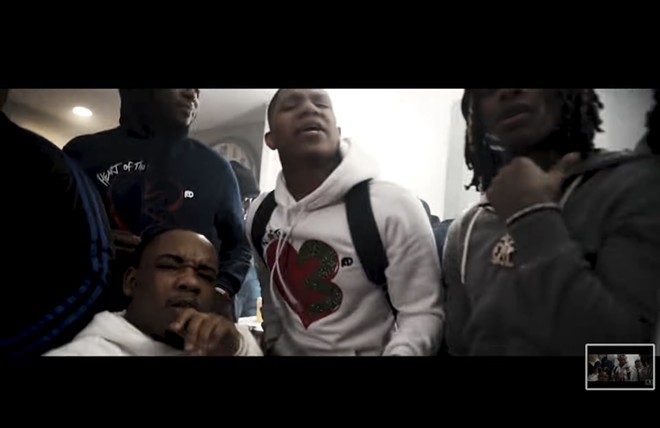 The original indictment was served in April and included local rappers Davante "Jizzle Buckz" Lindsey, 25, and Andre "Luh Half" Pearson, 25, of St. Louis and St. Louis County respectively. On Wednesday Edward "Edot" Hopkins, 20, was added to the superseding indictment.

Lindsey, who has more than 100,000 followers on Instagram, has rapped previously about beating court cases, as was the case in his song "What's Next." Pearson, wearing a white hoodie that matched Lindsey's, was also in the video, dancing exuberantly beside Jizzle Buckz.


The defendants face felony charges of conspiring to distribute fentanyl. Some are also charged with fentanyl possession, fentanyl distribution, possession of a firearm in furtherance of a drug trafficking crime, conspiracy to tamper with a witness, or other crimes.

During the investigation, officers and agents seized nine pistols, two vehicles and more than $84,000 in cash.

Prosecutors allege that Lindsey and Pearson are leaders of the 55 Boyz, an organization along the Interstate 55 corridor that allegedly traffics drugs and is responsible for gun violence throughout St. Louis. Pearson and Lindsey wear 55 Boys chains in their music videos "Half Back" and "What's Next" (above).

The investigation was carried out by the Bureau of Alcohol, Tobacco, Firearms and Explosives and the St. Louis Metropolitan Police Department. Assistant U.S. Attorney Jennifer Szczucinski is prosecuting the case.