A Food Lover's Guide to the Bosnian Delights of Bevo Mill 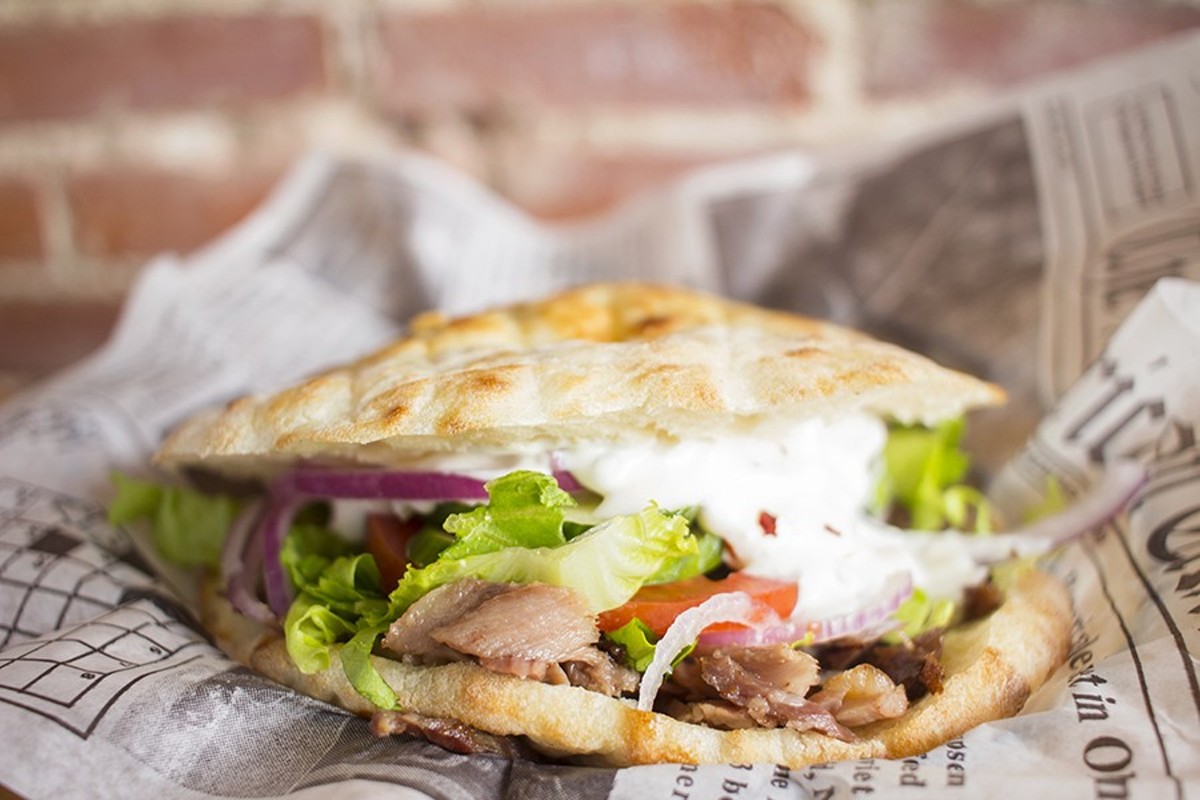 Try a doner kebab at J's Pitaria, one of the many Bosnian businesses still flourishing in Bevo Mill. MABEL SUEN

The Sebilj Fountain sits in the middle of Sarajevo's Bascarsija Square, a symbol of the town that is steeped in lore. Legend has it than anyone who drinks from the fountain will one day return to the city.

If you stand at the crisscrossed intersection of Gravois and Morganford in St. Louis' Bevo Mill neighborhood, however, you might think you've been taken under the Sebilj's spell without ever having set foot in Bosnia and Herzegovina. To your right, burgundy-colored awnings advertise restaurants and cafes where English is often the second language. To your left, under the shadow of the giant windmill that gives the neighborhood its name, a pitaria churns out authentic, cheese-filled Bosnian pitas right next door to a grocery store stocked with everything from ajvar to Argeta. Men and women smoking cigarettes and speaking Bosnian stand on its front doormat, greeting neighbors as they walk inside to grab the latest Eastern-European tabloid.

St. Louis' own Sebilj sits on a grassy median in the middle of the intersection, the most visible symbol of the enduring Bosnian presence in the community. During the 1990s, St. Louis became a safe haven for tens of thousands of refugees fleeing the Bosnian War. As a thank you to the city, the nation of Bosnia and Herzegovina built a fountain for the city in 2013. Really, St. Louis should be just as grateful. Settling in the Bevo Mill area, the city's new residents converted once-dilapidated storefronts into a thriving "Little Bosnia," complete with butchers, bakers, coffeeshops and salons. 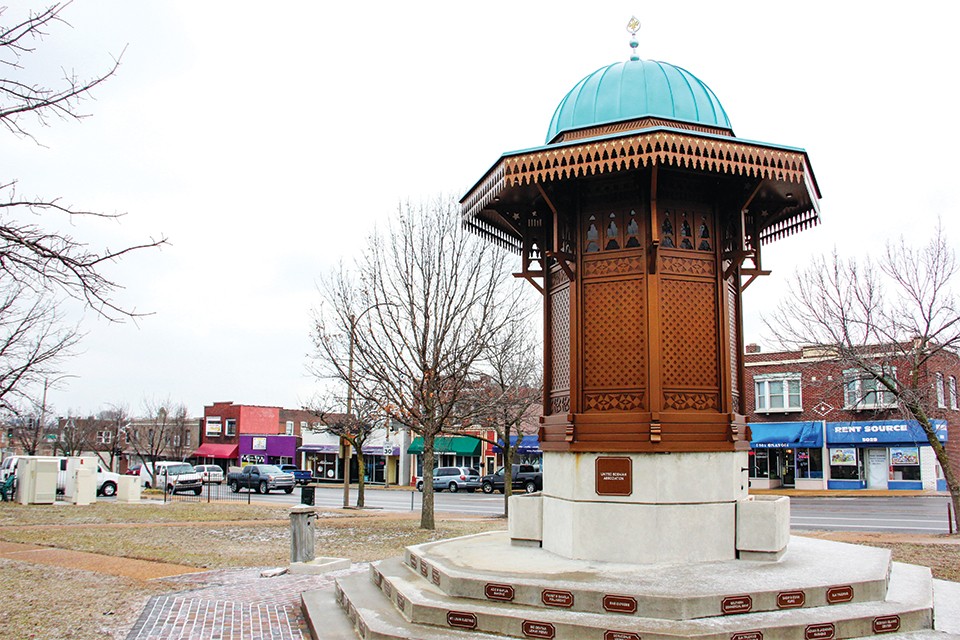 DANNY WICENTOWSKI
For a walking tour of "Little Bosnia," start at the neighborhood's Sebilj.

Though the Bosnian influx made Bevo Mill one of St. Louis' most unique culinary gems, many Bosnian-owned businesses remained somewhat closed to outsiders until the last few years, when a new generation began to take over. Bosnian in culture but in many cases raised in the U.S., they've served as a bridge between their families and the Midwestern city that adopted them, opening businesses that cater not only to their own community but their neighbors as well. Under their watch, the city's Bosnian food offerings have finally gained the prominence they deserve, garnering national acclaim and elevating the reputation of the city's food scene as offering something beyond Provel and toasted ravioli.

If you want a rich picture of St. Louis food, then a trip to Bevo's "Little Bosnia" is a must, beginning with the Sebilj as an orientation point. From there, head across the street to J's Pitaria (5003 Gravois Avenue, 314-339-5319), the warmly appointed Bosnian fast-casual restaurant owned by Zamir Jahic. Every morning, Zahic arrives at the crack of dawn to stretch the pita by hand, bake the wood-fired bread called somun, layer the baklava and stack the doner kebab meat onto its spit. It's painstaking work, but to Zahic, it's the only way to achieve an authentic product. His efforts pay off in shockingly flaky, golden rolls of pita, stuffed with ingredients like potatoes, beef or kajmak, a luxuriously creamy, cheese concoction. If he's offering his zucchini version on your visit, you're in for a special treat. 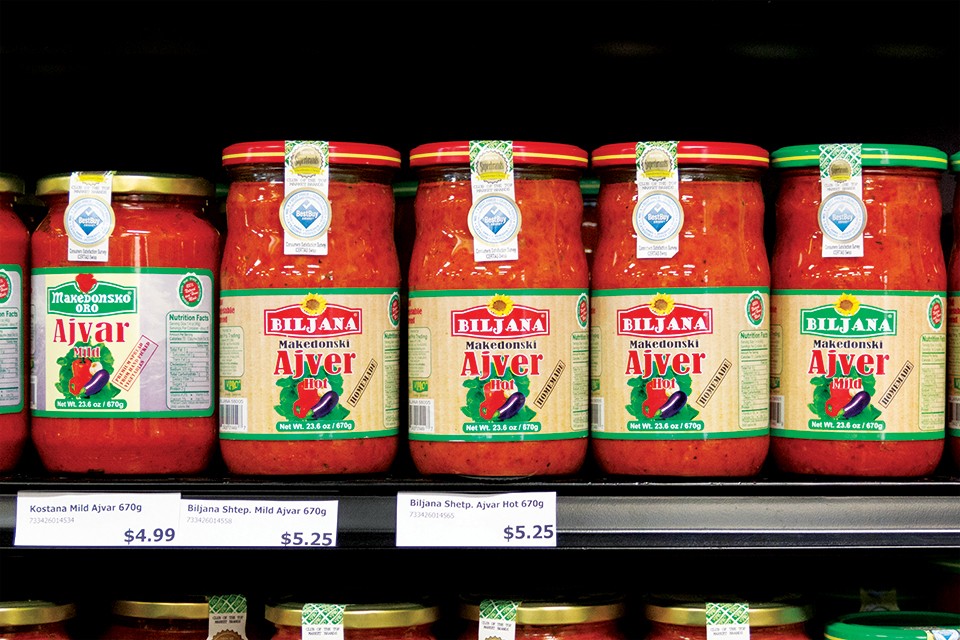 RYAN GINES
Sold at Europa Market, ajvar is as essential to Bosnian cuisine as tomato sauce is to Italian.

Next door to J's Pitaria is Europa Market (5005 Gravois Avenue, 314-631-7288), the neighborhood's Bosnian grocery store, which looks as if it has been dropped onto Gravois directly from Sarajevo. Founded by Alem Boric as a tiny bodega, Europa Market has grown into a massive operation that distributes goods from the Balkans across the United States — items that were previously impossible to find, such as Argeta, the brand of Bosnian salmon pâté that is so popular in the community people used to smuggle it into the country in their suitcases. Jars of ajvar, the red-pepper-and-eggplant condiment that is as essential to Bosnian cuisine as tomato sauce is to Italian cooking, line the walls, while coolers filled with smoked meats beckon. Naturally, an entire aisle is dedicated to the ubiquitous Bosnian seasoning blend that gets shaken over just about everything. On a nice day, Europa Market provides the sort of provisions you'd need if you wanted to put down a blanket and picnic on the grassy area around the sibilj fountain across the street.

The market sells bread, but there is no substitute for getting it freshly baked from the source, namely Sana Bakery (4412 Morganford Road, 314-481-5356). Located less than a five-minute drive down Morganford Road from Europa Market, Sana is the sort of old-fashioned mom-and-pop operation that evokes the bakeries of Sarajevo. The family-run business lacks large industrial machinery, making mass production impossible. Instead, the owners use a mixer, an oven, a six-foot folding table and some wooden racks to produce the freshest, most delectable Bosnian bread from scratch every day. Milk bread, pretzel-shaped breads rubbed with coarse salt, traditional loaves and pita-like cevapi fill the shelves of this tiny bakery and grocer, though you won't want to get there too late in the day. It's not uncommon for Sana to sell out by early afternoon. 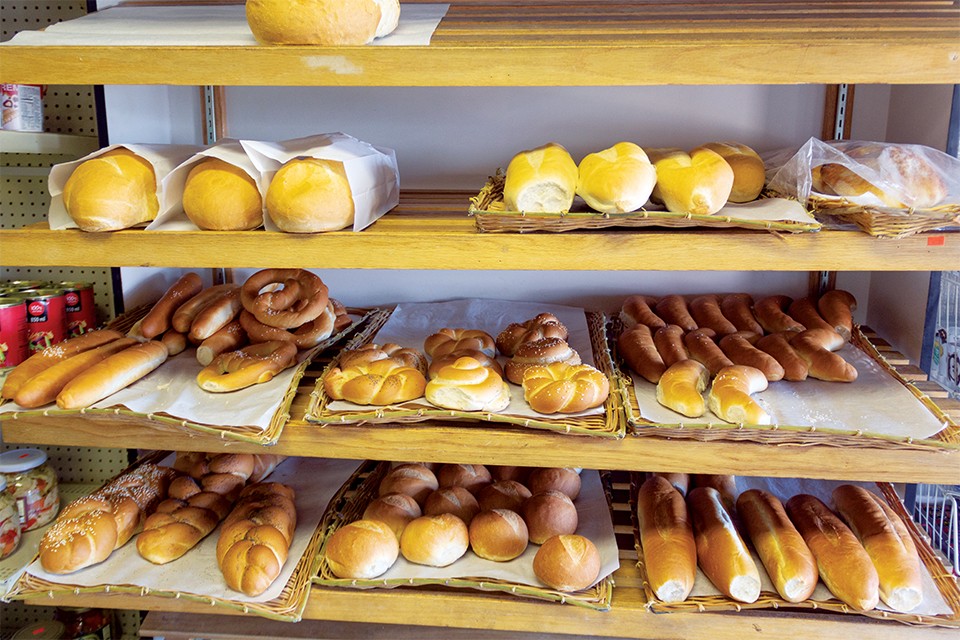 Back down Gravois from Sana, and just across from the Bevo Mill, sits Mesnica Pehlan (4716 Gravois Avenue, 314-351-2020), a Bosnian butcher shop that specializes in cured and smoked meats. Do not be intimidated by the language barrier; the owners are welcoming and willing to share what they've been smoking out back, though your best bet is to call in advance to try to score some roasted lamb. This is a pre-order specialty, and usually involves buying the entire animal, but if you are in a position to make that investment, you will be treated to the signature item from the town's premier Bosnian butcher.

If you're throwing a party of your own, Mesnica Pehlan's lamb is the way to go. If you want to be a part of existing festivities, Bevo Mill offers two good options. Vivid Cafe (6025 Gravois Avenue, 314-835-7573), the neighborhood's unofficial gathering place, is a combination coffee shop/bar that boasts a group of regulars who might initially raise an eyebrow at a non-Bosnian bellying up to the bar. It's not that Vivid makes you feel unwelcome as much as it gives you the feeling of being a stranger in the middle of St. Louis — a unique, and thrilling, feeling that is rare to experience short of leaving the country. Code (4412 Morganford Road), a small bar adjacent to Sana Bakery, is similar in its initial insular impression. In fact, it doesn't even have an independent address or an online listing, making it feel impossible to crack without taking someone from the neighborhood as your interlocutor. However, should you put your inhibitions aside and wander on in, you will be treated to the city's true Bosnian bar-going experience — perhaps a shot of rakia and a smoke.

After an evening of imbibing at Vivid Café or Code, a bottle of the fermented milk kefir the following morning will set you straight. The next best thing, however, is lunch at the delightful Golden Grains Bakery (4573 Gravois Avenue, 314-752-3004). When you walk in, your initial impression may be that you have entered a small bakery and grocery store — and indeed you have. However, if you walk through the small doorway just beyond the front counter, you'll find the small lunch counter, which serves astonishingly delicious homemade Bosnian specialties. The restaurant's main menu consists of sandwiches, assorted pitas and cevapi, which Golden Grains does the right way, meaning the bread is dunked into beef jus, then griddled before being stuffed with beef sausages.

You will not go wrong ordering off the menu. However, the restaurant's most awe-inspiring offerings are the daily selection of roasted meats displayed at the counter. On any given day, Golden Grains will serve roasted lamb, beef or, most notably, an oven-roasted veal that is perhaps the most succulent piece of meat in the bi-state area. The veal is simple — just salt and meat — but it's cooked expertly, giving it a caramelized exterior that yields to pull-apart, fat-laden meat. It's nothing short of astonishing.

Though it's hard to imagine anything lacking after eating such a meal, no visit to Bevo Mill is complete without a stop at Lemmons by Grbic (5800 Gravois Avenue, 314-899-9898). It's run by chef Senada Grbic, the daughter of the Bosnian community's preeminent restaurateurs, Ermina and Sulejman Grbic, whose Dutchtown restaurant, Grbic, is considered the city's foundational spot for Bosnian cuisine. Senada grew up in Grbic's kitchen, and now she has one of her own at Lemmons, which is located in an old dive bar that the family painstakingly restored to beauty. 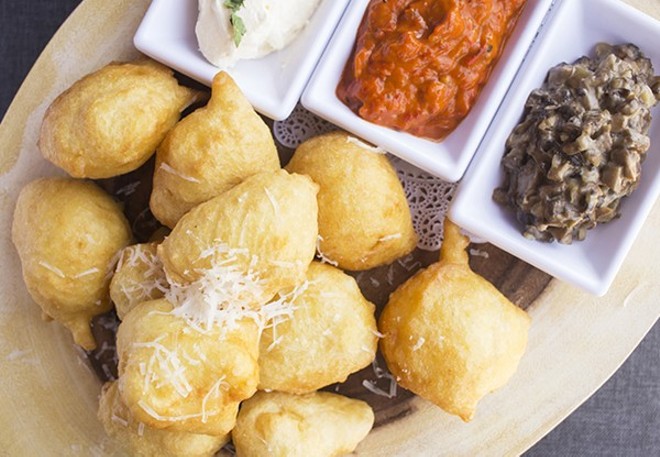 Now a family-friendly restaurant, the place is a prime example of how the next generation of Bosnian-Americans is putting its own mark on the cuisine. Grbic describes the restaurant as a culinary autobiography — a blend of both traditional recipes and techniques with the American influences that characterized her childhood in the middle of the heartland. Look for such Bosnian-American creations as cevapi flatbread, a "Balkan Dipping Board" comprised of Balkan fry bread and assorted spreads, and Grbic's Bosnian-inflected take on chicken wings, which are tossed in her signature rakija fire glaze.

Though it's not on the menu, Grbic just might make you some authentic Bosnian coffee if she happens to have some in the back and you've caught her outside of the dinner rush. Thick and strong, the coffee requires just the right technique, the correct pot and appropriate glassware. If you're lucky enough to savor a cup while basking in the afterglow of a meal at Lemmons, you just might feel whisked away to a cafe in the old country. Forget drinking from the sibilj; a cup of Grbic's Bosnian coffee after a day spent wandering Bevo Mill is all you need to transport you to Sarajevo. CG