Ranked one of the unhappiest states in the nation, we are stuck next to an insufferably upbeat Illinois 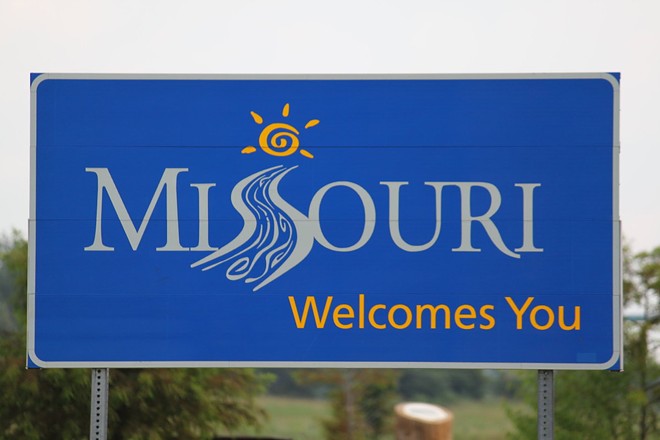 Feeling a dissatisfaction with life? If you're in Missouri, you are not alone. A new report from WalletHub shows we're a miserable lot and ranks Missouri 41st in the nation for happiness. Only nine states have populations even unhappier than ours.

For the ranking, WalletHub first looked at happiness research to see which external and environmental factors contribute to people's well-being. "Previous studies have found that good economic, emotional, physical and social health are all key to a well-balanced and fulfilled life," the article says.

WalletHub went on to examine 30 key metrics from 50 states including the depression rate, unemployment rate and income growth.

Clearly, Missouri did not fare well in many of these areas.

Community and environment looked at things like how good the weather is (so we were always going to be low there), the divorce rate and the volunteer rate. Emotional and physical well-being looked at things like adult depression rates, sports participation, share of adults with alcohol-use disorder and life expectancy.

Our beer swilling, red-meat eating ways could not have helped in this category. Though in January, Wallet Hub did rank St. Louis 32nd for best cities for an active lifestyle (out of 100). So the rest of Missouri must be bringing down the average. (Looking at you 73rd ranked Kansas City, Missouri.)

To add insult to injury, neighboring Illinois ranked eighth overall on the happiness scale, and third in emotional and physical well-being. (They ranked 34th in in community & environment, cause their weather sucks, too.)

It might be the legal recreational-use marijuana and easy access to women's health care that's making people across the river more upbeat.