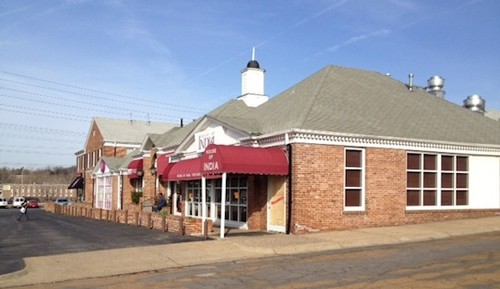 A fire struck House of India (8501 Delmar Boulevard, University City; 314-567-6850) overnight. According to KTVI (Channel 2) (via University City Patch), firefighters responded shortly after midnight and found a fire in the kitchen.

This morning House of India's front door is boarded up, and there are condemnation notices on several windows.

We have a call in to the restaurant about the extent of the damage -- the restaurant was closed at the time of the fire, and there are no reports of injuries -- and reopening plans. More as we learn it.

This is the second time that a kitchen fire has struck House of India. The restaurant closed in July 2007 after a fire in its kitchen. In that case, it reopened not quite two months later.